I was pretty excited to be able to review Unknown as I’ve become a bit of a fan over the years for Liam Neeson. I think it’s amazing that he continues to work so dilligently after the astounding passing of his wife. In any regard, Unknown gave me the feeling of “It’s been done before.” when viewing the theatrical trailers during its run. So in part, a lot of my interest came to me because I wanted to see if this film truly is that unoriginal by seaming The Bourne Identity and Taken together. Well, it is and it isn’t. It does have a lot of plot similarities but it ultimately is something different when you get technical.

*spoiler alert*
Though let’s face it; he does basically get a small timed case of amnesia and he is a hitman so what would that remind you of? *End Spoiler Alert* Now with all that aside, how is the movie you ask? It’s a good movie, and it’s definitely worth watching as it has a great cast of actors and it’s not a cheaply made film. Fans of Liam Neeson should be able to take enough out of it to merit a purchase anyways.

Liam Neeson plays Martin Harris and travels to Berlin with his wife, but forgets his briefcase at the airport. He travels back in a cab to get it after checking into th hotel but gets in a horrible car accident where he was left for dead. (but not until he was saved by the taxi driver) Four days later he awakens from his coma. He has no ID. He goes to the hotel where he sees his wife, except she is with a man with the same name as his (Martin Harris) and he claims that he is her husband and his wife likewise makes the same claim!

From here on out the film takes a thriller like edge as he tries to put together the puzzle of what the hell is exactly going on whilst trying to make sure he too isn’t losing his mind. Unknown’s blu-ray video transfer is absolutely stunning. It’s crisp, clear, and everything in between. I’m sure there was a lot of attention to detail when filming this one as they definitely got all the right shots. The colors and tone are vibrant or gritty whenever need be. The light work is amazing, and some of it so much like postcard material it begs the question if the effects were added afterwards or if it was lighting. Regardless, Unknown will be known for it’s video transfer. 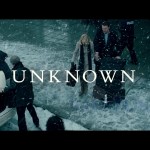 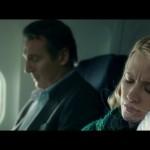 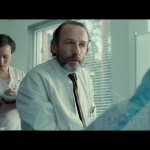 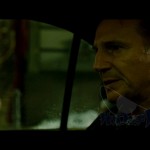 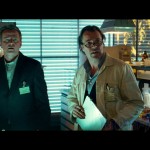 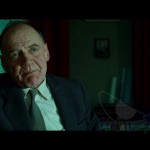 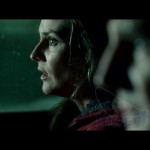 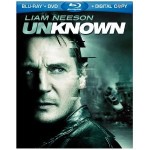 Hats off to the boys on this one. To have such an array of different scenes and locations it’s amazing how well the audio is throughout. WB serves up the traditional DTS HD Master 5.1 audio track with this one but it definitely knocks it out of the park. I love it when you get a blu-ray with such an engulfing experience with action sequences. Though this movie didn’t have the most action sequences or as many as Taken it did have quite a few and it you really felt like you were there. That can be most obtainable when the speakers are working in unison. Thankfully so the rears got some play and helped me feel on the edge for this movie going experience. And here is where the film really lacks. Sure one of the editions includes the digital copy and a dvd, but that doesn’t take away from the fact that only 2 features are included in the supplements. Underwhelming to say the least.

Though both slightly interesting, nothing to write home about. I would have ranked this a one, but the inclusion of the digital copy and dvd boosted this a bit. Know that had this been for the bare bones edition it would have received just that. Unknown Blu-ray may be a film that others think that it has been done before, but if it peaks your interest that is all that really matters. The blu-ray edition has a great transfer with a great audio mix. This edition comes with a DVD and a digital copy making it very easily accessible no matter where you are. The supplemental features are slim to none, so that’s a drag. Overall though its a film to see, but I swear if it could have had some huge shocking twist to it I think it would have been memorable. It had a good vibe and kept you on the edge for quite some time for a long time but then it just seemed to fall off. I think this film will have mixed feelings throughout the world of film critics. If you like Liam Neeson, just buy it. If not, rent it.