Outside The Law Blu-ray Review You know, when it comes to historical films or films dealing with some kind of historical event, there is always that concern for needing to be authentic or accurate. Films based off famous people or events come under scrutiny and people often become cross with films just because the facts or dates are fudged a bit. Truthfully, I really don’t care if a movie is 100% dead on accurate, so long as I am enjoying the movie I am watching. Case in point, “Outside the Law”; directed and written by Rachid Bouchareb. There are certain scenes in this film that are strikingly powerful (people being gunned down, families separated by war, destructive relationships), and whether or not they are all absolutely accurate, I still found myself drawn in and moved by them. The film takes place in the 1920s in Algeria, where a family is uprooted and split up by a French colonist. The focus is on 3 brothers Messaoud, Said, and Abdelkader, following their lives over the course of several decades and the hardships they endure (fighting in war, going to prison, becoming a pimp/hustler).

Eventually the brothers become reunited with each other and their mother and something big falls into their lives: a plan for terrorism against the French. At least that’s one way of looking at it amongst the 3 brothers, other views include a necessary act of evil, a plan to destroy the family altogether, or a bloodshed not all of them are willing to stomach partaking. Actions are much like words, both can mean something else entirely and both can cause a great deal of harm to loved ones and to others. This film presents different views on life, family, independence, and what we consider necessary (or unnecessary) “evils.” I found this variety of perceptions to the events and characters fascinating because it allows different positions to be held by different characters, promoting the viewer to try to make sense of the sides presented, including trying to understand which side feels justified and which side is not. The strength and power of the acting is what really hammers the film’s impact home, as well as the violence/action filled scenes.

History is not my forte, and my knowledge of the events taking place in the film is even less familiar then Hollywood’s usual history films. However, my lack of knowledge about the historical accuracy of this film did not diminish or detract the emotion and strength presented in this film. Obvious homage’s to films like “The Godfather” is evident but still maintains their strength and excellent delivery in theatrics. Each one of the brothers characters are represented amazingly by their respective actors, and each one promotes beautiful conflict through their emotional responses (especially during one scene where Said is captured and his captor discusses the morals and merits of the brother’s different alliances). This movie is not about attesting to what’s right or what’s wrong, this movie attests to what you feel when you see the images the film represents. Accurate or inaccurate, one thing I can be certain of is this movie’s ability to bring you right INTO the drama and action and make you see and feel everything the characters are experiencing. Not many films can generate that kind of an emotional connection with its viewers.

If you’re looking for this to be a sort of, visual representation of Algerian independence for some sort of school paper, I can’t vouch this movie as being a good source of faithful material. What I can vouch for is this movie’s power, impact, and emotional strength. This is a movie that makes you think, make you feel, and I guarantee you will be able to feel something from the passionate and powerful emotion in this incredible, moving film. It’s a movie with a message to deliver and it’s hoping you’re not too worried on the details because details don’t make emotions, powerful feelings make emotions and this movie has them in spades. Outside the Law comes to you in 1080p goodness and more than meets the standard for what is blu-ray. While it doesn’t necessarily have many outstanding moments in terms of blu-ray quality ; it has plenty of above average scenes that you can see the true clarity that is blu-ray video source. Fans of this film will be happy that this foreign flick got a nice transfer to the blu-ray format. 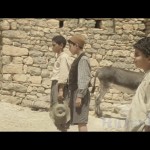 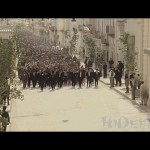 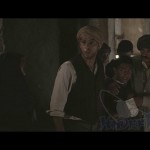 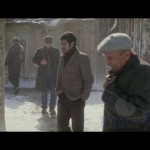 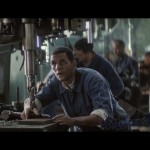 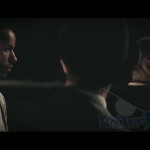 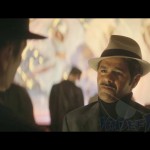 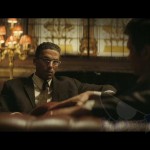 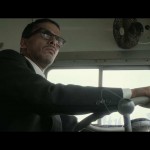 So you want to hear this in 5.1? Well you better speak French! The English track is only 2.0 and its horrible dubs at that. My recommendation? Get the 5.1 sound and read the subtitles. You’ll enjoy it much more! I’m a little torn on whether to rank down the release for such crappy audio, or to ignore since it is a foreign film and meant to be read for us non French speaking people. Ok yeah, I can’t hold it against it! 😉 A pretty bleak disc in terms of special features as the only thing this disc has is listed below. If you are already interested in this film, then making a purchase shouldn’t be too hard of a decision due to its fair pricing. The video quality is fine, while the audio quality lacks unless you speak French. There isn’t a whole lot of special features but that isn’t the worst of it. The audio dub, is just horrid. So watch this film with subtitles and it’ll be 10x better. I recommend a rental of this film, and a purchase if you feel its worth it after such viewing.