Any movie about that great high school event known as prom pretty much follows the same formula. Prom is just days or weeks away, and there’s all sorts of problems in finding dates, getting ready, getting the dance itself ready, and whatever personal problems like what they’ll do after high school pop up. There might even be some other hijinks involved to liven things up. The only differences are the characters and what the problems and hijinks are. We’ve seen it all before, be it a feature film, a TV movie, or an episode of any teen comedy-drama that’s all the rage these days. And Prom, the new feature from Disney, isn’t that much different. Its just more geared towards pre-teens, making the content a bit more toned down and kid-friendly.

The main focus in this movie is the blossoming relationship between Nova (Aimee Teegarden), the school’s class president, and Jesse (Thomas McDonell), the resident “bad boy”. The two are forced together to quickly rebuild the decorations for the dance after they get burned down (a guy tries a romantic approach with candles to ask his girlfriend to the prom and forgets to blow one out), due to Nova’s friends not being able to help her and Jesse being forced by the principal so he can graduate. Naturally, just like any other movie where “good girl meets bad boy”, the two start to fall for one another as they see qualities in each other they didn’t realize at first, while certain obstacles like Nova’s father not liking Jesse pop up.

And, of course, there are other things happening, mostly around Nova’s friends. Mei (Yin Chang) is stressed because she’s been accepted to another school when she and her boyfriend Justin (Jared Kusnitz) planned on going to the same school together. “Invisible” boy Lloyd (Nicholas Braun) can’t find a date, despite advice and encouragement from stepsister Tess (Raini Rodriguez). Lucas (Nolan Sotillo) wants to ask his lab partner Simone (Danielle Campbell), and gets help from his friend Corey (Cameron Monaghan). Problems pop up with each situation, and not surprisingly, it all gets resolved in the end.

In other words, all the cliche stuff we’ve seen before in many other movies and shows before. The major difference being is that, as mentioned earlier, it’s all toned down in the romance department, since usually we’d see some sexual antics involved. But this is a Disney movie, so that’s been left out to keep things kid friendly. I suppose it’s all good for this generation who’d rather see something relatively new rather than go see something “old”, and some might see the problems the characters go through and relate to them a bit. But for the most part, it’s still cliche.

I suppose if this is the kind of thing you’re into, or want something for your younger kids to watch, then you might be interested in this movie. Personally, I’d rather see Prom Night, the original or the remake. At least that has the threat of a psycho killer to liven things up. Like many Disney movies, the last thing you really need to worry about is the picture quality. Disney is just total quality usually all over the board. In this case, for this release they did a fine job. The blacks are deep and black whilst there only light instances of film grain. You can see pimples on faces even in the special features so you know the video quality is good then, or maybe too good. The audience this film will attract should be more than pleased with the video quality outcome. 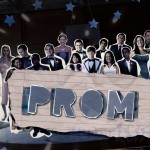 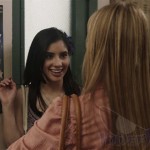 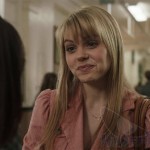 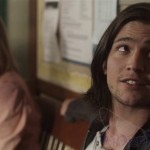 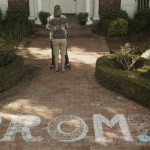 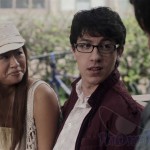 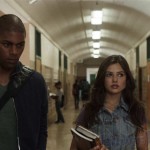 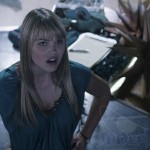 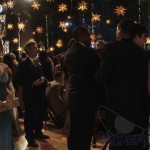 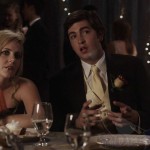 Prom makes it’s way on blu-ray disc with a healthy (yes, I said healthy) 5.1 DTS HD Master audio track. While most of the movie is front heavy, the rears get some good work with ambient noise. The sub gets action due to the many songs played throughout the flick. All in all, Disney did a great job with the audio transfer of this release and for the target audience this film is aimed at it will more than excel in all audio areas. I don’t see any kid complaining to Mommy or Daddy about the sound quality on this one. It more than takes care of the job! Prom doesn’t have a plethora of extras, but it has enough to keep its target audience busy! The flick has plenty of laughs for the entire family. The audio and video quality are more than suffice for this film. The blu-ray comes in a regular plastic amaray with a dvd combined with slipcover. Additionally, although not advertised there is Disney Rewards points in it as well. For those interested in this title I recommend a purchase if you can grab it at a good price.