Over the last several years, there has been a video game series called Dead Space that has scared the life out of gamers while they try and survive by battling evil in the form of Necromorphs. The hero, Isaac Clarke, is being made into a Kotobukiya ArtFX statue to be released in June of 2013, the first in a series of statues to be announced. The design is taken straight from Dead Space 3, dressed in his snow suit and armed with what he uses to dismember his enemies. He has 2 light catching areas on his helmet and down his spine while standing in a mound of blood soaked snow. I’m sure the pictures don’t do justice of how this will look in person. 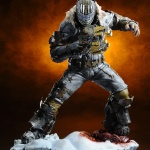 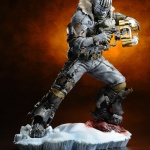 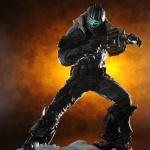 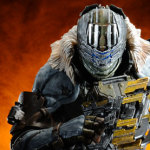