The Criterion Collection has announced their blu-ray releases for July. There are a total of five (5) releases, The Life of Oharu on July 9th; Lord Of The Flies on May 16th; The Ice Storm and Babette’s Feast on July 23st; and The Devil’s Backbone on July 30th. Here’s a list of the features with each release:

Lord Of The Flies
-New, restored 4K digital film transfer, supervised by cameraman and editor Gerald Feil, with uncompressed monaural soundtrack on the Blu-ray edition
-Audio commentary featuring director Peter Brook, producer Lewis Allen, director of photography Tom Hollyman, and Feil
-Audio recordings of William Golding reading from his novel Lord of the Flies, accompanied by the corresponding scenes from the film
-Deleted scene, with optional commentary and reading by Golding
-Interview with Brook from 2008
-Collection of behind-the-scenes material, featuring home movies, screen tests, outtakes, and stills
-New interview with Feil
-Excerpt from Feil’s 1972 documentary The Empty Space, showcasing Brook’s theater methods
-Something Queer in the Warehouse, a piece composed of never-before-seen footage shot by the boy actors during production, with new voice-over by Tom Gaman, who played Simon
Trailer
PLUS: A booklet featuring an essay by film critic Geoffrey Macnab and an excerpt from Brook’s book The Shifting Point

The Devil’s Backbone
DIRECTOR-APPROVED SPECIAL EDITION:
-New 2K digital film restoration, approved by director Guillermo del Toro and cinematographer Guillermo Navarro, with 5.1 surround DTS-HD Master Audio soundtrack on the Blu-ray edition
-Audio commentary featuring Del Toro
-Video introduction by Del Toro from 2010
-New interviews with Del Toro about the process of creating the ghost Santi and the drawings and designs made in preparation for the film
-¿Que es un fantasma?, a 2004 making-of documentary
-Spanish Gothic, a 2010 interview with Del Toro about the genre and its influence on his work
-Interactive director’s notebook, with Del Toro’s drawings and handwritten notes, along with interviews with the filmmaker
-Four deleted scenes, with optional commentary
-New featurette about the Spanish Civil War as evoked in the film
-Program comparing Del Toro’s thumbnail sketches and Carlos Giménez’s storyboards with the final film
-Selected on-screen presentation of Del Toro’s thumbnail sketches alongside the sections of the final film they represent (Blu-ray edition only)
-Trailer
-New English subtitle translation
PLUS: A booklet featuring an essay by critic Mark Kermode 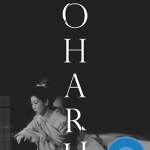 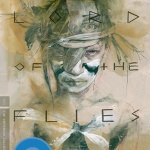 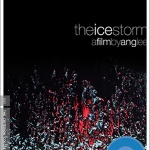 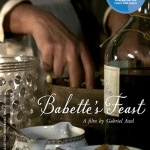 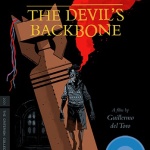