STAR WARS: REBELS: The Might of the Empire Panel

At this year’s NYCC, I was able to attend the panel about the upcoming series Star Wars: Rebels. When Disney purchased Lucasfilm, they pulled the rights to the Cartoon Network’s Star Wars: Clone Wars. They have since been working on a new animated series that will be on Disney XD in 2014 and it looks pretty awesome.

The panel was hosted by Pablo Hildago, a long time author of anything Star Wars and he alone ran the panel to answer all that he could. The content they showed was schematics and character designs. Some of these were shown at the big Star Wars event, Celebration Europe previously this year and some of it was very new to the public.

The series takes place 14 years after the events of Episode III: Revenge of the Sith, only a short time before Episode IV: A New Hope. The premise is that the Galactic Empire is spreading across the galaxy into new territories that were previously not a part of the Republic. A part of this is the Empire is in search of the remaining Jedi Knights and hunting them down to prevent the rebellion. The first planet that was shown is called Lothal, which is a rural planet with rolling hills and big fields. It’s design is based on concept art for the film Return of the Jedi when it was originally titled Episode VI: Revenge of the Jedi. The picture here doesn’t do the art justice but I’m sure it will look amazing in HD. The Next piece of art is the principle freighter ship named “The Ghost.” This is a ship that is “to take the place of the Millennium Falcon” and it will be the ship that the protagonists get around in. I think that it may actually be the initial design for the Falcon before they went for the “hamburger and olive” design. But the real focus of the panel is to show the enemies of the series: The Empire.

The Empire is growing and the people that fall under their rule welcome the idea of getting the galaxy aligned. They visit these planets and take them over whether by compromising with the planet’s rulers or putting a ruler in place that’s pro-empire. Close up of a Storm Trooper

The Storm Troopers are in the early stage of development but it was revealed that they are not the clones that were used previously in the military. They are actually citizens that enlist because, according to George Lucas, the clones have too much uniformity and with normal people, they are more obedient. The Storm Troopers also have some slight changes in the uniforms and weapons to show how the equipment has evolved over the course of the films. We were also shown some of the new types of troopers and pilots but the biggest surprises are the vehicles. Hidalgo prepared an old Kenner commercial for the imperial trooper transport toy to unveil the redesigned trooper transport. They made some slight variations to make the design more like a mobile APC-like tank.

Here is the Kenner Toy commercial:

The Tie Fighter was also broken down by the schematics and based on the Kenner toy with a hugely debated question: “How does a pilot get into a TIE Fighter?” Some people argue that it’s through the top and others say through a door in the back. Well, the debate was finally decided that the only way to do it is through the top. The crowd really enjoyed that little tidbit because who doesn’t like a little Star Wars debate? Bottom view of the Imperial Frieghter

Also revealed is the newly designed freighter ship that has been made to carry short range fighters like TIE Fighters and TIE Bombers. He also showed an Imperial Star Destroyer and how they built it digitally to scale to match up with the size of The Ghost. Lastly, Hildago showed a video that revealed the key villain on Rebels named The Empire’s Inquisitor who is tasked by Darth Vader to hunt down and kill the Jedi. Check it out below:

Star Wars Rebels – Behind the Scenes on Disney Video

That Kenner commercial was like traveling back to my childhood and I experienced a feeling of nostalgia that I rarely get to have. It was just amazing to see the guys from Star Wars: The Clone Wars landing this gig and pulling this talent together for what looks to be a very cool show. Come on 2014!

Here is the gallery of pictures from panel: 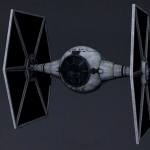 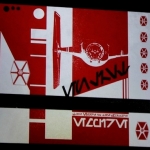 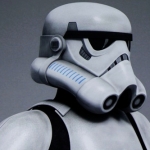 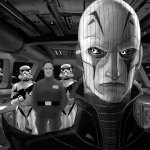 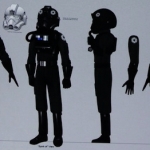 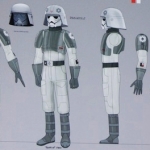 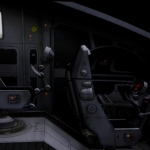 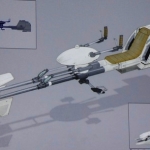 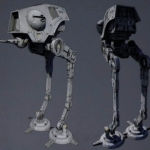 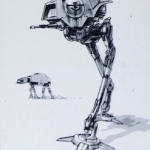 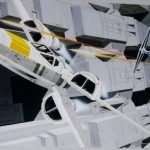 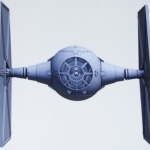 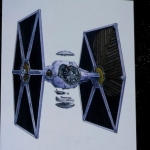