Todd McFarlane has been involved in comics and pop-culture for a few decades now. Aside from his art, most of his ventures in recent years has been his involvement with his collectibles company, McFarlane Toys. They have created some of the most recognizable action figures, statues and art in the business. The company and artists always surpass expectations with their attention to detail and have never been held up by limitations.

McFarlane Toys has been intertwined with THE WALKING DEAD franchise since its boom a few years back and now they have something new in the works: building sets. Fans and collectors will be able to build some of their favorite scenes from the show and comics.

The idea is that people can create large scenes from the show with a horde of zombies and their favorite characters. Now that blocks are interchangeable, I would love if custom builders would want a McFarlane tree because they like it…or they love the McFarlane window.

Along with the pre-packaged sets, there will also be blind bags to build your collection. They will be marked with an “H” for the humans and “Z” for the zombies. This is a simple but great innovation for blind bags so if someone is all done with getting the characters, they can focus on just the zombies from then on.

McFarlane Toys’ THE WALKING DEAD building sets and figures will be available this October only at Toys “R” Us stores nationwide and online at Toysrus.com. 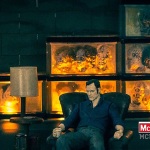 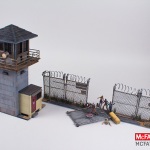 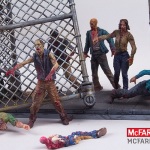 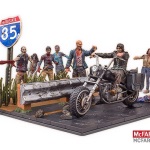 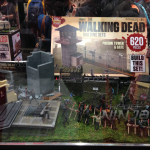 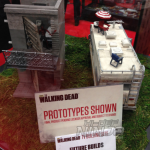 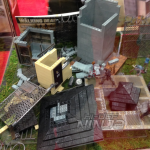