New stills from DAREDEVIL on Netflix at NYCC

From the stills that Marvel showed at the convention, DAREDEVIL looks like it’s going to be mostly based on the Frank Miller & John Romita Jr. DAREDEVIL: THE MAN WITHOUT FEAR storyline. Miller’s origin story was what resurrected the comic series after a run of soft and boring story arcs. Frank Miller used his raw, gritty way of story-telling to both humanize and transform Matt Murdock from a dude in red tights to the tough hero he is today. They were hands-down the best Daredevil comics that were ever written. Below is a gallery of both the photos from the show and pages from the Miller/Romita Jr. comic book. 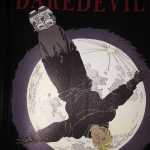 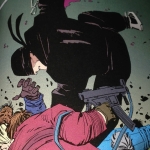 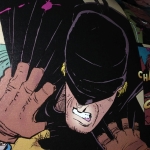 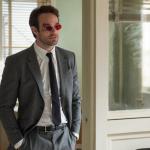 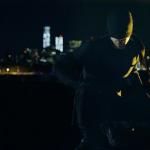 In the stills shown at the convention, Matt Murdock is dressed in the gear that looks like a black ninja, but it is actually what he wore before the red suit. The footage that was shown is awesome. It looks like this is definitely going to be a successful series.

DAREDEVIL will be released exclusively on Netflix in 2015, though there is still no solid date.

Here is the entire panel from NYCC minus the show’s footage: