With everyone being excited about the upcoming Marvel’s AVENGERS: AGE OF ULTRON, a new book has released for comic fans old and new: The Avengers Vault book by Peter David. It’s an in depth look at The Avengers, focusing on the “Big 4” as I call them: Captain America, Thor, Iron Man, and The Hulk. Each hero is explored from their origins, crossovers, milestones, and the world outside of their comics.

There are various works of art in here from decades of the Marvel Archives. But hands down, the coolest part of this book has to be the extras included with every copy. There are 5 sleeves or envelopes that have a few items from the history of what that specific chapter covered.

The Sections
-The Avengers section comes with a poster of the team and a splash page of the team vs Namor: The Submariner.

-Captain America’s section comes with an inked cover with the artwork by John Romita Sr with the same cover as a colored draft. There is also a Captain America: Sentinel’s of Liberty membership card.

-Iron Man’s section comes with a Jack Kirby black and white page, focusing on Iron Man from the issue of Avengers #1. There is also a small booklet called “All About Iron Man”. It is a brief rundown of Tony Stark and Iron Man in the comics.

-Lastly, The Hulk comes with 2 fold-outs: one is an older Jack Kirby version of him and it is penciled with a note stating: “inks due back 1/17/77”. The second fold out is a more modern rendition of Hulk in pencils.

It’s awesome seeing all of these little pieces of Marvel history together in one book. These are awesome little gems that you can’t get anywhere but in this book. It’s almost like you own a personal museum featuring Earth’s Mightiest Heroes. 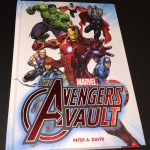 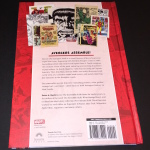 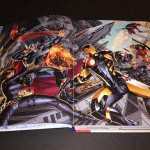 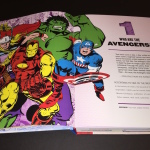 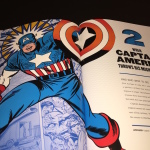 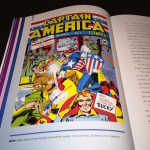 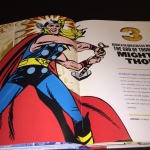 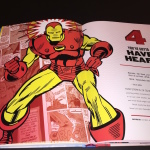 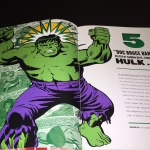 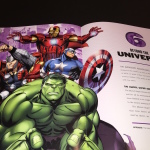 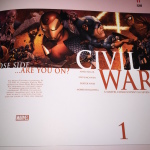 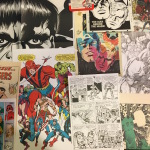 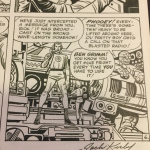 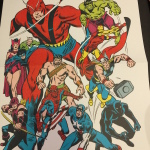 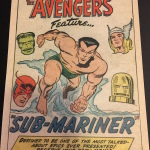 One thought on “Marvel: The Avengers Vault Book Review”