Comic book and collectibles legend Todd McFarlane is bringing some of his new creations to the Javits Center. He is bringing his new line of bricks, comics, statues, and figures to the floor. The crew will be at booth #1526 all weekend.

Here’s an overview of McFarlane’s schedule at NYCC:

SIGNING: Todd McFarlane VIP Signing
Date: Friday, October 9, 2015
Time: 9:30 AM – 11:00 AM
Location: VIP Lounge in the 4th floor Galleria
If you’re a VIP ticket holder, this is for you… Bring your two favorite Todd McFarlane items for a free autograph!

PANEL: Will Eisner: Champion of the Graphic Novel
Date: Saturday, October 10, 2015
Time: 4 PM – 5 PM
Location: 1B03
Already a legend for his creation of The Spirit in 1940, Will Eisner – with the 1978 publication of his A Contract With God – would be instrumental in popularizing the graphic novel format, changing the world of comics forever. Join us and find out how and why Eisner did it, with moderator Paul Levitz (author of the upcoming Will Eisner: Champion of the Graphic Novel) and Panelists Todd McFarlane (Spawn Creator & Image Comics President), Raina Telgemeier (Smile), Dennis O’Neil (Batman) and Denis Kitchen (The Best of Comix Book).

CONTESTS, GIVEAWAYS and MORE!
Stop by the McFarlane Toys booth #1526 for several different chances to win some awesome prizes!

Win McFarlane Toys for a Year: Sign up for the McFarlane Toys newsletter on an iPad in our booth to be entered in our ‘Win McFarlane Toys for a Year’ sweepstakes. Not going to NYCC? Don’t worry… You can enter the contest by clicking here.
Daily Lanyard Pin Giveaways: Each day of NYCC, we’ll be giving away NYCC EXCLUSIVE lanyard pins. Limited quantities available.
Daily Blind Bag Giveaways: Be one of the first to our booth (#1526) to grab a blind bag from AMC’s The Walking Dead. Check the front and back of your blind bag for a neon sticker, because you could be an INSTANT winner winning comics, action figures or construction sets. Limited quantities available.
FREE AUTOGRAPH SESSIONS
More Todd McFarlane autograph sessions times to be announced! Check back here and on Todd’s Twitter for more details!

PHOTO OPPORTUNITIES
Stop by the McFarlane Toys booth for life-size photo opportunities from AMC’s The Walking Dead hit TV series. Upload a photo of you in our booth to Facebook, Twitter or Instagram with #McFarlaneBuilds for a chance to win a McFarlane Construction Set prize package! 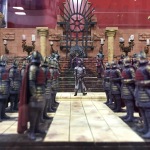 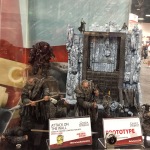