As of October 13th, Dark Hall Mansion has been selling an exclusive collection of art prints through their online store that is guaranteed to thrill long-time fans of the horror genre. Officially licensed by Universal Studios with art by Nicolas Delort, the new UNIVERSAL MONSTERS set features some of the most gorgeous artwork to ever depict the classic films. The sets come in standard and variant editions (the foil and wooden editions are long sold-out) and include a total of seven prints: DRACULA, FRANKENSTEIN, THE BRIDE OF FRANKENSTEIN, THE WOLF MAN, THE MUMMY, CREATURE FROM THE BLACK LAGOON, and THE INVISIBLE MAN. Each print measures 18″ x 24″. 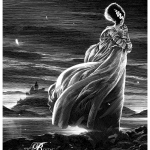 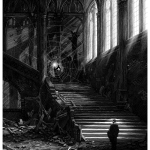 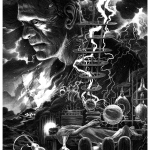 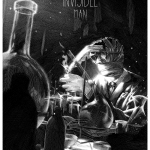 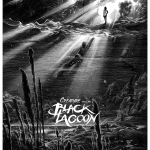 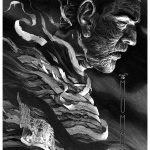 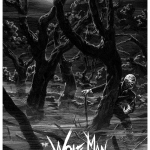 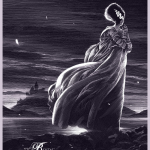 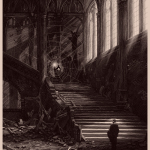 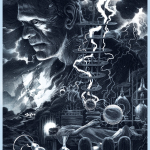 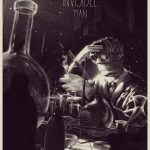 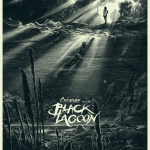 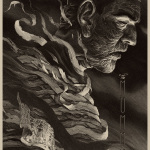 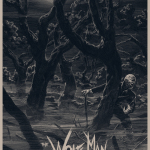 Dark Hall Mansion, under license from Universal Studios Licensing LLC, will release artist Nicolas Delort’s striking take on each of the original 7 classic Universal Monsters that shaped and defined vintage horror movies. Each of Nicolas’ unique pieces interprets each Universal Monster in an elegant manner that not only interprets the legacy of each film but seeks to bring Nicolas’ considerable skills to bear, refining and distilling all per his personal vision and sensibility. His “Mummy’s” exquisite detailing is simply something to behold, his “Frankenstein” not only renders the film’s powerful arc and tragedy in full but addresses the very act of creation itself. His “Dracula” is all mood and atmosphere, his “Wolf Man” quite terrorizing in its transition, and Nicolas’ “Invisible Man” a reflective meditation on man’s intrusions. Finally Nicolas’ arresting “Creature from the Black Lagoon,” in a word, elevates; an extraordinary piece that is very much more than it appears at first glance, gorgeous and emotionally resonant, woman as divine. And what to say of Nicolas’ beautiful and ethereal “Bride of Frankenstein,” where despite having Elsa Lanchester’s likeness available to him, his personal vision for the Bride insisted it be something else altogether, in so doing, raising the piece to that of lyrical and poetic.

Each individual print in DHM’s Nicolas Delort 7-print set measures 18″ x 24,” is hand numbered, and screen printed. The Standard edition set is printed per Nicolas’ hand crafted B&W approach while his Variant’s hue is richly toned and deliberately vintage in feel. There is also a very limited foil edition based on either the Standard or Variant colorway, plus the most select series, only 10 editions, a complete run of all 7 of Nicolas’s “Universal Classic Monsters” pieces individually screened on wood.

All 7-print sets will be simply tube shipped via our professional fulfillment firm, Paragon Press, owned by Spoke Gallery in San Francisco, so buyers can expect their orders fulfilled promptly, without issue, with appropriate overage available so all can rest assured of immediate replacements if any postal dings.

Dark Hall Mansion is a labor of love. We are passionate about art, about the work of print and poster artists present and past, here and abroad, we are committed to bringing their skills to the forefront on projects both compelling and exciting, bridging their studios and creations directly with your walls and personal collections.

The standard set can be ordered here while the variant set can be yours here. Supplies are limited, so be sure to grabs yours while they last! As previously stated, all sales are final and these prints are not sold separately.

For more information regarding this release as well as future drops, visit Dark Hall Mansion on Facebook or on Twitter.