Funko and DC’s latest subscription box has released and we have it!  The theme for July 2016 is SUICIDE SQUAD! This is the DC Legion of Collectors bi-monthly subscription box, which you can pay for per box at $25 USD or you can pay for an annual membership at $150 USD and get a bonus collectible on your start-date anniversary.  Both price points are before the taxes and shipping charges.  So let’s dive in and check out this box! 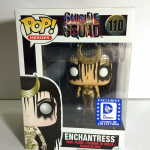 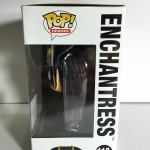 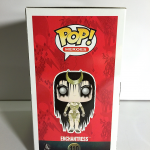 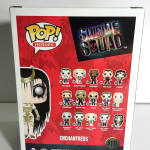 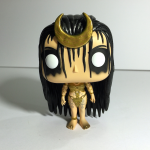 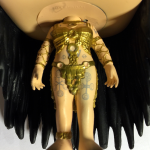 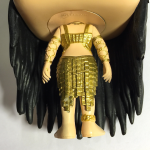 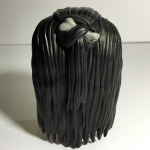 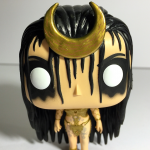 First up, we have the Funko POP! that a lot of collectors have been waiting to obtain: Enchantress from the upcoming David Ayer movie, SUICIDE SQUAD. She’s made in the likeness of Cara Delevingne’s version with the heavy eye makeup, tattoos, and a skimpy gold loincloth. With the size of her head and thickness of her hair, she can be a little too heavy, but not to worry; Funko has included a plastic base stand that keeps her balanced. She is a great looking figure and now the set is even nearer to completion. 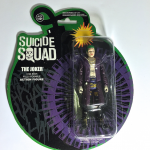 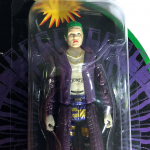 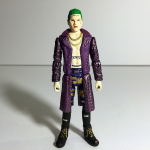 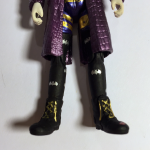 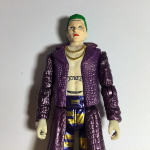 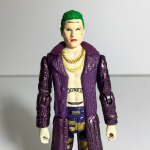 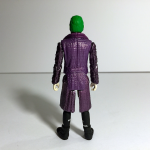 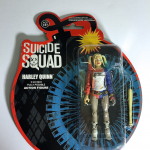 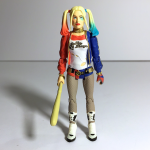 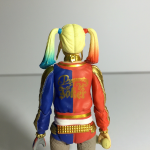 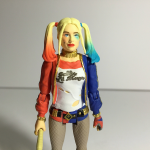 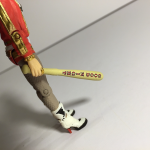 This month was a Funko first where they included (a slight correction: The figures are actually a part of the 3.75″ action figure line and not ReAction) of The Joker and Harley Quinn. He is designed in the way we have been seeing him with the purple leather gator jacket, big gold chain, tattoos, and his pants that have the small bat- symbols on them. Harley is wearing the outfit she’s wearing in most of the promo photos we’ve seen: the pigtails, hot pants, “Property of The Joker” jacket, fishnets and the boots. The coloring in both figures and the tattoo placement are spot-on well, but due to the size, the details are lacking. I’m not saying this in a negative way, but it’s by design to make the figures look like retro Kenner figures. 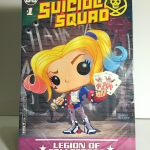 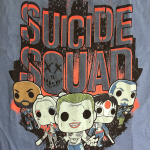 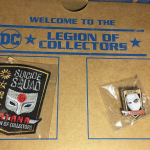 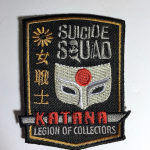 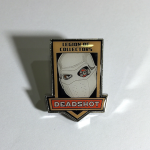 The comic book is a special variant cover of Suicide Squad #1 and they put Harley Quinn front and center. She is in a cool pose, but the coolest part of the cover is the joker cards that she has fanned out are of the original joker style from the earliest days of his character. I really think it’s a special little nod that Harley and The Joker are forever tied together. The t-shirt has a few members of the SUICIDE SQUAD as the bottom half of the image and the movie title above it. It has The Joker, Harley Quinn, Rick Flagg, Katana, and Deadshot. The coloring of the shirt is slate blue and doesn’t come through in pictures that well, but it is a beautiful color. The patch and pin for this month are of Katana and Deadshot. Katana is on the patch and has been designed beautifully and has some Asian writing, her mask, and her name on it. I believe it’s the biggest patch that DC has done so far and it is nice. The pin is solid as usual and it has the white-masked Deadshot. The pin is nice, but I like patches, so I welcome these in every subscription box that Funko releases.

This is another great box from Funko and DC with the theme being consistent with every item included. You can sign up on The DC Legion of Collector’s site for some of the past and future boxes!

Be sure to check out the unboxing video below and let us know if you have any comments or questions!