Unboxing and review of DC’s Legion of Collectors WOMEN OF DC box from Funko! Funko and DC’s latest subscription box has released and we have it!  The theme this time around is “WOMEN OF DC”.  This is a bi-monthly subscription box, which you can pay for per box at $25 USD or you can pay for an annual membership at $150 USD.  Both price points are before the taxes and shipping charges.  So let’s dive in and check out this box! 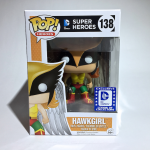 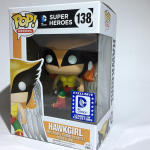 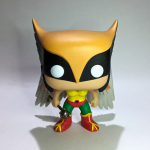 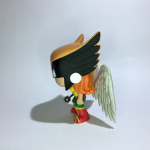 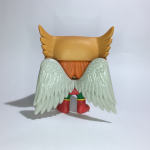 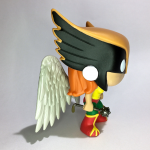 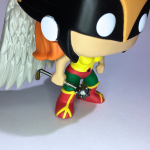 The POP! for this box is Hawkgirl and she looks beautiful.  They put her in the classic yellow top and green pants color scheme that she has rocked in comics for years.  She matches the original Hawkman that has been retired for years and fits perfectly with the DC comic line that already exists.  I love that they did that because collectors are adamant about their sets being complete.  Funko also designed her with the mace she is known to always have.   It even has a “leather strap” to add a nice little detail.  The figure has been assembled from several pieces with the body, the head separated from the “face” and helmet, and the two wings on the back.  The only issue I found is the head glued to the helmet had some clear glue run over and down the back of her head.  It isn’t a big deal, but it was noticeable to me.  The sculpt and the paint is superb with bright, matte colors.  The wings look to be made out of a different plastic with a clear-coat painted on to give it a real shine like feathers.  Hawkgirl is the best direction that they could’ve gone and I’m so glad that the POP! figures have been very unique. 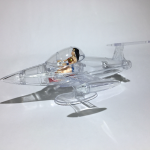 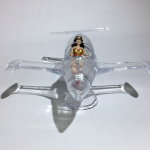 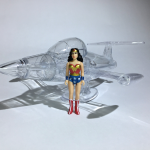 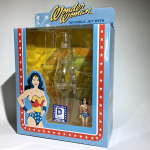 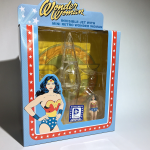 The other real treat in the box is the Wonder Woman & Invisible Jet Retro figures.  She is smaller than the reaction figures and doesn’t have a whole lot of articulation aside from her arms & legs at the torso.  The jet is made out of a clear plastic with the cockpit and controls.  The cockpit opens and the figure can sit inside the jet and her arms match up to the controls.  This is a line that I see so many possibilities from the old character models like Lex Luthor with his ship to the new Batman with his Batmobile.  I hope that this is a line they continue to explore. 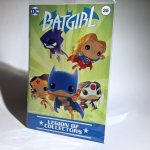 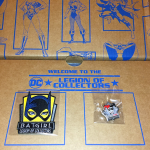 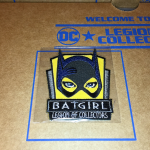 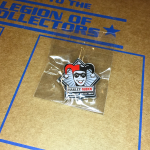 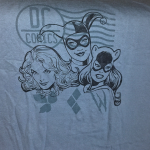 This time around, the T-shirt has the lady villains in a very cool design.  It features Poison Ivy, Harley Quinn, and Catwoman.  Each character has their “emblem” under their portrait with an ivy leaf, the Harley 2 diamonds, and a clawed “W” for Catwoman.  Over them is a DC logo and when it all comes together, it looks excellent. The comic in the box is the New 52 Batgirl issue #35 which is the first appearance of Batgirl of Burnside.  She is the current version of Batgirl in the comics.  The cover art features POP! versions of a few of DC’s female characters including Batgirl, Supergirl, Raven, Katana, and Wonder Woman. This time around, the patch is of Batgirl with only her cowl visible and her name across the bottom as well as Legion of Collectors.  The pin has Harley Quinn’s face but in the original jester style with the red and black suit with her white face paint.  It looks a little larger than usual but that could be because her pompoms make her head wider.

All-in-all, this is a very solid box with a great selection of unique items for various types of collectors.  The highlights are definitely the Hawkgirl POP! and the Retro figure of Wonder Woman.  This looks great on the shelf or even in the box.  I highly recommend getting your hands on this one if you can!

Be sure to check out the unboxing video below and let us know if you have any comments or questions!