While attending a school in Ohio, Marcus Messner is having a typical college experience. He’s met a girl named Olivia Hutton and she is from a wealthy family.  Being that he is Jewish, he is singled-out by his peers and the school in general.

INDIGNATION is directed by James Schamus and this is his directorial debut.  It is based on Philip Roth’s 2008 novel of the same name.  The film can move a little slow at times but it works to tell the story in a captivating way.  Logan Lerman is there real standout here as he portrays the lead character, Marcus.  I feel like drama roles are what he does best and he is an actor who plays what is written.  Sarah Gadon also does well in the film.  One type of character that she really plays well are the charming and elegant, which is exactly who Olivia is. The film’s transfer is a 1080p AVC presentation.  The film’s look is highly detailed with an added softness to make the images looked aged.  The best way to describe it is if DEAD POET’S SOCIETY was reshot and polished up.  This also keeps the details sharp and well done.  The contrasting in the darker scenes does not have some of the issues that you might expect with a film that looks like this.  The blacks are deep and even. 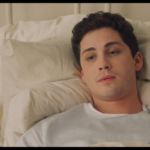 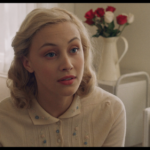 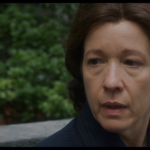 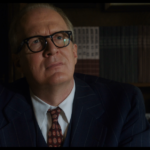 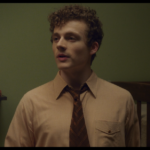 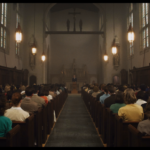 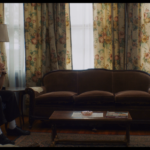 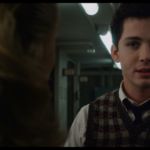 The audio is a DTS-HD Master Audio 5.1 mix.  This is a very dialogue-centric mix that keeps the voices sounding natural and even.  There aren’t many times where the sound has larger moments but they shine when they occur.  Some of the best sound use is during the Korean War spots where the mix gets aggressive,  Overall, this is a solid mix and works well for the film. -Timeless: Connecting the Past to the Present: This featurette has some of the cast and crew discussing the movie.

-Perceptions: Bringing Philip Roth to the Screen: This featurette discusses with James Schamus about bringing the book to the screen. It is not only the way that INDIGNATION tells the story but the people they have telling it that makes the film a good watch.  The release has a strong video transfer and a nice audio mix, which is well suited for the film. There are only two bonus features included but the one with the author is really worth checking out.  I recommend giving this film a watch or if you know the subject matter, go out and pick it up.