The government has been furiously trying to create soldiers from a secret serum and induced into Bud Oliver or Bud the CHUD.  After a few teenagers steal the frozen Bud from the lab, they accidentally thaw him out and he wreaks havoc on their town.

David Irving, who has done a mix of feature films and documentary shorts, directs C.H.U.D. 2.  This sequel to the 1984 horror movie isn’t as serious as the original and has the 80’s horror campiness you tend to see from sequels of the time.  This addition to Vestron Video’s series makes sense with the tone that the series has set for them. The transfer is a 1080p AVC presentation.  The video is a step up from any of the past releases of the movie and there are a few issues here.  There is a very heavy grain that feels artificial and either added or brought out when the movie was processed.  The coloring has the ability to be brilliant and take advantage of it whenever it’s needed.  In some of the darker scenes, there are some contrasting issues that pop up.  This could be due to the grain but it doesn’t detract from the movie. 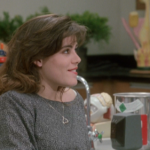 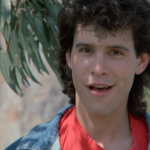 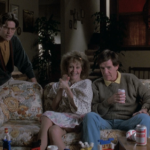 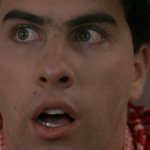 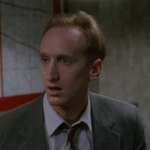 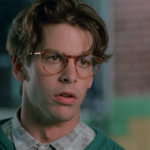 The audio is a DTS-HD Master Audio 2.0 mix that is adequate for this movie.  There are some moments where the effects could use a little bump and it takes what it needs.  The music has a very 80’s feel to it with synthesized instruments and shares the mix with the effects along with the dialogue well. -Bud Speaks!: with Gerrit Graham: This is a discussion with the actor.

-Katie’s Kalamity with Actress Tricia Lee Fisher: This is a discussion with the actress.

-This C.H.U.D.’s for You with Allan Apone: This is a featurette with the makeup designer. With a completely different tone than the first, CHUD 2 has all the camp that seekers of this genre could possibly need.  The release has a good audio and video transfer with some interesting extras included.  Like the other Vestron releases, the slipcover looks like it’s a VHS cover and I personally dig that a lot.  If you’re collecting the movies from the Lionsgate’s Vestron Video or a fan of the movie line pick this one up.

Order your copy of C.H.U.D. II: BUD THE CHUD from Amazon