Transocean is a company that works with oil companies to prep drilling sites in the Gulf of Mexico. The rig is named Deepwater Horizon and instead of being pillared to the ocean floor, it floats like a huge boat. Mike Williams and “Mr. Jimmy” Harrell are Transocean employees contracted by BP and a part of the crew coming in to get the project back on track. Little do they know about the issues happening under the gulf floor.

DEEPWATER HORIZON is directed by Peter Berg who is best known for directing LONE SURVIVOR and THE KINGDOM. Like some of his other films, he has brought a terrible situation to the screen and made it compelling to watch. Berg has the ability to tell a story with the camera in a way that some directors can’t with his visual style. He typically develops the characters a bit more than he does here. Does it take away from the experience? Not at all. You still care about what happens to them and you get that “I hope everyone makes it out” feeling. The video transfer is a 1080p AVC presentation with some great depth in the coloring and sharpness. The images on screen are bright and vibrant until the rig explodes into the night. The brilliant oranges and reds from the fires create a focal point that makes the surround blacks in the night sky inky. After the explosion, the movie is on the darker side and some of the contrasting is affected. Its minimal and the details are still clearly seen. 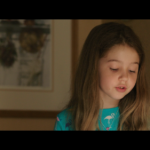 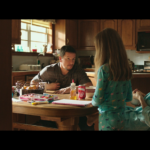 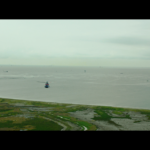 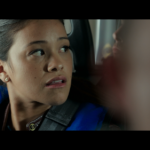 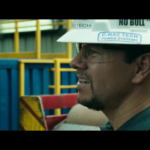 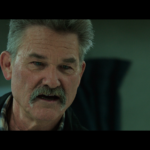 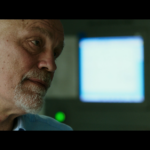 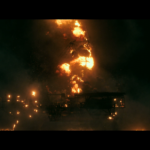 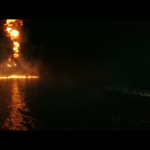 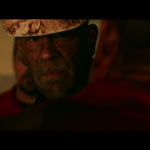 The audio is a Dolby Atmos mix that defaults to a Dolby TrueHD 7.1 mix. I can only imagine what the Atmos mix sounds like because the TrueHD mix is incredible. The audio is so well controlled and precise with points of hard-hitting explosions, building tremors, and seismic issues under the well. One of the best parts where the entire sound field is used is when the debris is shooting up from the well. There are random ricochets and pieces flying everwhere. The sound immerses you into the film and that’s always a great experience. This is reference quality and hits harder than any of the strongest mixes I’ve heard recently. -Beyond the Horizon: This is a nicely sized featurette with the top billing actors discussing the film.

-Captain of the Rig: Peter Berg: This featurette has a lot of the scat and crew discussing the man at the helm and his film making style.

-The Fury of the Rig: This focuses on the set for the movie.

-Deepwater Surveillance: The footage here shows how some of the sequences were filmed and recreated.

-American Worker Tributes: This featurette highlights some of the workers that were lost in the tragic incident.

-I Am a Steel Beam with Narration by Director Peter Berg

-I Am a Steel Beam with Narration by Gina Rodriguez Being a fan of Peter Berg’s directorial films, I’m not surprised that I really enjoyed this DEEPWATER HORIZON. He does a good job at dramatizing true stories and giving recognition to the heroes. As I mentioned, I would’ve liked to see a bit more character development but this is still a solid film. The Blu-ray looks great but the real standout is the audio. It is a perfect mix and is reference quality. The extras are also really strong and give plenty of insight to the movie. Overall, this is a really strong release and I would highly recommend picking this one up.

Order your copy of DEEPWATER HORIZON on Blu-ray from Amazon