Telltale has been killing it (pun very intended) with these story driven games that are reminiscent of the golden age of point and click games. They can also a feel like the Choose your Own Adventure books from the 70’s and 80’s where your every action can determine your next step. I was originally very surprised when I heard about this game releasing but when I gave it a good think, I realized that The Walking Dead and Fables series is based on comic books. The basic premise is that you are The Batman, the protector of Gotham City, a vigilante, and misunderstood completely. He scares his criminals and brings justice to the city streets. You also spend a good majority as Bruce Wayne as he and his family are implicated in some nasty business that has resurfaced after being hidden for many years.

The plot has the ability to pull you deeper and deeper into this thickening plot until the very end. I love the way that the characters you know and love get folded in as well. Your decisions play a huge role in the way you can be told the story by either being merciful or having everyone completely fear you, including the police. The gameplay is very similar to the other games available from Telltale but there are a few slight differences. Being that this is based on Batman, this game is much more focused on action while in the cowl. All of the actions are quick time events from putting down an assailant with your fists or using one of Batman’s many gadgets. The movements of the characters or quick time events aren’t anything new to Telltale but they felt a little different when using devices like the grappler. You have to aim and only get a limited time to do it. You also get to do a little investigating of areas. Again, this isn’t a new feature but I’m glad that they utilized it well in the game because Batman is a detective after all. 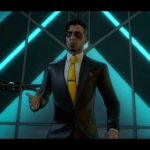 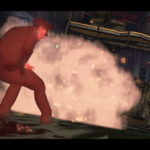 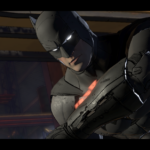 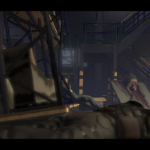 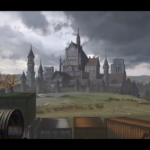 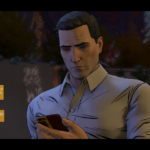 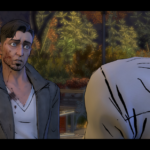 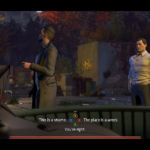 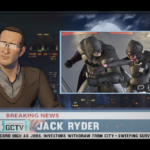 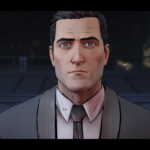 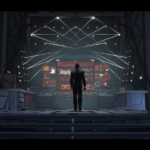 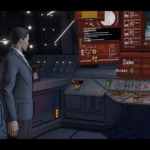 The graphics have been cleaned up from some of the previous titles but there is still some chop at times. The pixilation is only minor but it is still noticeable on some of the round edges. The only other time that the movements seem off is when making a selection and the movement of Bruce or Batman dies align with the position that he was in. Other than that, there is really nothing else negative to say about the graphics. There are nice accents of color but the game overall is dark and has a lot of grey scaling. The score of the game is very Batman. Dark, brooding and ominous. It sets a tone that the series follows from start to finish and is one more thing to immerse you into the story. As for the effects, they are well done with some really good use of surround sound when some of the characters are moving on screen. I enjoyed all the voice acting but troy Baker in the standout here. His smooth voice works for both side of the Bruce Wayne/Batman character and he has embraced the role. He never disappoints and is probably the best voice actor in gaming. I found this game incredibly enjoyable and it isn’t just because I’m a huge Batman fan but the story kept me interested. I’ve been a fan of both the “choose your own adventure” stories and point-and-click games so when you bring these things all together, you get something really special. I love that this is a 5-episode story that can easily have a few follow ups very much like the comics do with a story arc. I highly recommend picking up this game and I can’t wait to see what Telltale does next.

Have you played it? Have any questions? Let us know in the comment section below: