In 17th century Japan, Father Cristóvão Ferreira, a Jesuit priest on a mission to spread Christianity, sent a letter to St. Paul’s College that he has renounced his faith.  His young pupils, Fathers Sebastião Rodrigues and Francisco Garupe, don’t believe what the letter says and decide to travel to find him.  To make it to Japan, they employ a fisherman named Kichijiro to guide them and they arrive in the village of Tomogi with a warmer welcome from the Christians.  At this time, the country is in turmoil because the samurai, under the command of the inquisitor, are looking for the suspected Christians and they are doing whatever it takes to convert them back.

SILENCE is directed by Martin Scorsese and is based on the book of the same name by Sh?saku Endõ.  The film is a passion project and has been in production for 30 some odd years.  After so many production changes and rewrites to the screenplay, Scorsese found the perfect time to make the film.

The cinematographer is Rodrigo Prieto, whose incredible work was even nominated for an Oscar for Best Achievement in Cinematography.  All of the shots are beautiful and capture the look of what Japan may have looked like in the 17th century.  It has been filmed in Taiwan near the coast and rich lands of Asia.

As for the acting, Andrew Garfield is showing the world that he isn’t going to be typecast as Spider-Man with roles like this and HACKSAW RIDGE.  In some of the moments where he gets frantic about the treatment of the prisoners, he made me feel uneasy about what was happening do to the horrific ways that the Japanese dealt with the Christians.

Adam Driver is also showing that he isn’t just that unstable guy from HBO’s GIRLS or Kylo Ren from STAR WARS.  When he is in roles that are more focused and difficult, both physically and mentally, he draws you into the characters that he is portraying.

As I mentioned, both actors have incredible range and talent to give everything to these roles.  This film was also physically challenging because they went on diets, monitored by a nutritionist, to make them look as if they were being starved by the samurai.  Driver was skin and bones, looking exhausted and hungry. The video is a 1080p AVC presentation and it is gorgeous.  The opening scene in the hot springs with Father Ferreira and the others that he is being tried with shows just how rich the details are in the film.  Intricacies in the filming locations like the porous terrain, lush long grassy fields, and on the shores of the country don’t get lost due to the talents of Rodrigo Prieto’s camera work.  Also, the wooden finishes in places like the smooth interiors of the homes and some of the encampment’s architecture add warmth to a very bad situation.  Facial lines are clear and show how the malnourishments, along with the mistreatment, have the Christians beaten down.  Also, the disheveled hair of the prisoners against the pristine hair of the samurai shows the contrast of how each are living.  The makeup and costume design are flawless.

The film has a fine grain, which adds character that it deserves, and it makes the film look like a period piece.  Skin tones are warmly colored and very natural.  The blues are bold and the greens really make the images pop.  In that same scene by the hot springs, there aren’t any contrasting issues that you might see arise with smoke or fog on a Blu-ray-ray.  There is a little bit of pixilation where the light flares against the deep, inky blacks of the night and in the darkness of the cave when the priests first arrive in Japan but like everything else, it looks natural.  Its subtle and there isn’t any crushing or issues that take away from this exquisite transfer. 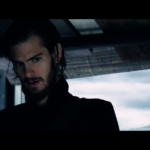 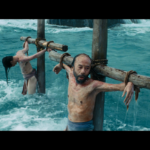 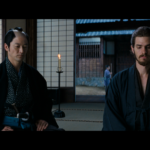 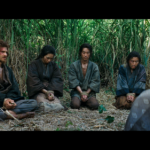 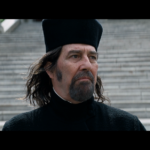 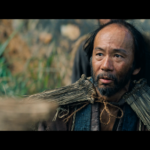 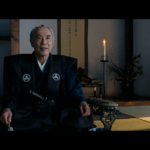 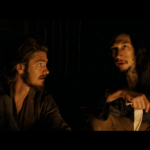 The audio track is a lossless DTS-HD MA 5.1 mix.  It is surprisingly dynamic with the changing scenery.  The audio is primarily comprised of dialogue so that gives the front of the theater plenty of work.  With some of the more enclosed settings, the voices cleanly echo against the wooden floors.  Some of the best effects happen when there is water involved.  For example, there are torture scenes where people are tied to crosses on the rocky shore where the tide can submerse the Christians. The waves crash in against the rocks, making the sound move across the home theater with crisp and realistic audio. -Martin Scorsese’s Journey Into SILENCE: This is an in depth featurette of how the film came together with interviews including the director, writer, and some of the cast & crew. SILENCE is a beautiful film in practically every way.  The story, the imagery, the acting, and even the way that the audio is set for the moment has been perfectly put into this film.  Scorsese has gone the route of 1997’s KUNDUN and he has broken away from the more mainstream Hollywood blockbusters that he tends make.  He passionately molded his idea for this film over 3 decades until the time was right.  His choices for the cast and crew are spot on and make complete sense to bring his vision to the screen.  The Blu-ray has been well authored with immaculate picture and sound but it has only one bonus feature.  The 24-minute featurette does cover a lot of info about the film but I would’ve loved a commentary with the director/writer/cinematographer or even 3 separate ones.  Maybe Scorsese will release a beefier version eventually.  Either way, this is a film that I can easily recommend to people to simply purchase or at least check it out.

Order your copy of SILENCE on Blu-ray from Amazon