Unboxing and Review of the Smuggler’s Bounty: The STAR WARS 40th ANNIVERSARY box from Funko! Unboxing and Review of the Smuggler's Bounty: 40th ANNIVERSARY box from Funko!

Funko & Disney’s latest Smuggler’s Bounty subscription box has released and I’ve been calling it the “Big Little Box” and in a bit, you’ll understand why.  The theme for May 2017 is STAR WARS: 40th Anniversary and its packed tightly. This is a bi-monthly subscription box, which you can pay for per box at $25 USD or you can pay for an annual membership at $150 USD.  Both price points are before the taxes and shipping charges. 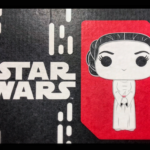 The box art on this outside of the box is of Princess Leia from A NEW HOPE in her white dress,  When you open the lid, there isn’t any small scale work like you find on the other boxes.  The inside is blank. 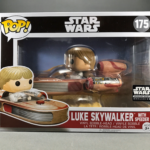 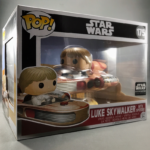 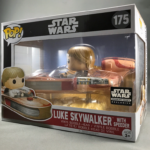 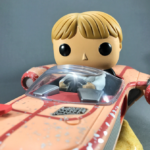 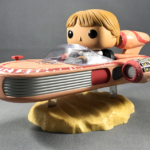 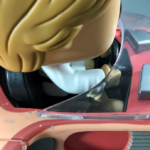 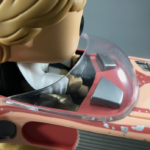 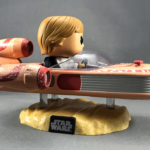 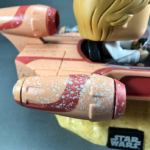 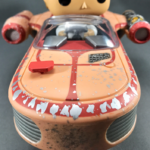 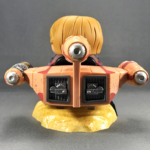 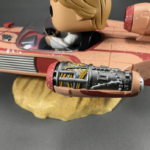 This item alone makes the box worth ordering. The folks at Funko have outdone themselves with this Deluxe figure. The exclusive POP! Figure is a Deluxe of Luke Skywalker on Land Speeder.  The base has a small STAR WARS logo and it looks like a mound of Tatooine sand.  The vehicle has a floating effect with it being held up by 4 clear pillars over the sand base.  It has plenty of weathering all over the body and there is even a cover missing from one of the turbines like in the movie. 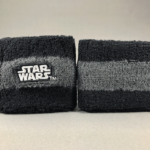 The wristbands are black with a grey stripe around it.  The Star Wars logo is embroidered in them, making them identical.  I’ll be honest, I tried them on and got a little nostalgic until I realized that I don’t have the wrists of a younger man or a female.  They are very cool for the right person and unfortunately that isn’t me. 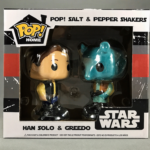 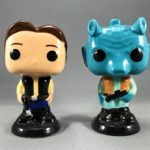 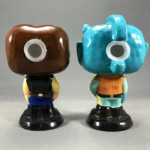 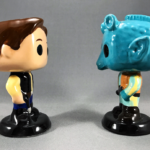 The Han and Greedo Salt & Pepper Shakers are from the POP! Home collection.  They’re beautifully sculpted and a little taller than a standard POP! figure. The spices are filled in the back of the head where there is a plastic plug that is easy removed for filling but stays in place.  The paint is similar to the other shakers in this line so you can easily tell who they are.  Between the two, Greedo has the better paint job and now fans can have Han shoot Greedo because any real fan can tell you that Han shot first. 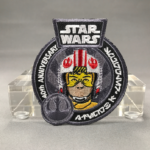 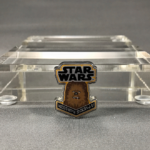 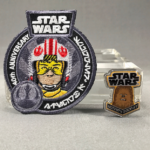 The patch is a round patch, similar to the other Smuggler’s Bounty patches that are included.  It is of Luke Skywalker in his orange pilot suit with Aurebesh around the outside and a small rebel symbol on the bottom corner.  The pin is of Chewbacca and the quality is the same as the other pins that Funko sends.  They have a quality to them that I hope they never skimp on.

The 40th Anniversary box is what I’ve been calling the “Big Little Box.”  Yes, there are only 5 items in the box including the patch and pin but as I mentioned earlier, the POP! Deluxe figure is the sole reason to grab this box.  It is awesome and a welcome addition to any Star Wars collector.  I highly recommend picking this box up.

Here is an Unboxing and Review video of the box, enjoy!