In London During WWII, Catrin Cole was looking for a secretarial job and landed a position writing propaganda film scripts for the ministry of Information.  Instead of quietly doing her work, she speaks up about an actor named Ambrose Hillard making changes to one of her scripts so she is sent to investigate a possibly film opportunity involving 2 girls and the massive rescue in Dunkirk.  Catrin finds out that that two girls are twins and took their fathers boat during the rescue.  On the way out to the chaos, the boat had engine trouble and was tugged back in with no soldiers on board.  When she reports back to the ministry, she lies and tells them the harrowing story about the girls who saved the soldiers.  The film is called THE NANCY STARLING and she is one of the writers for the script.

THEIR FINEST is a light romantic comedy with some of the drama from the war with the terror of living in London during WWII.  It is directed by Lone Scherfig who’s best known film prior to this is ONE DAY.  It takes a little bit to get into the romantic comedy part with the war more in the foreground than you would think in a movie like this.  The cast and crew describe it as a rom-com so who am I to argue?

The movie’s other focus is the importance of the propaganda films during the time but not in the way you might think.  Most people hear or think of propaganda films as a way for the government to manipulate the people watching them but that isn’t always the case.  The Ministry of Information as well as Churchill was trying to make the people feel better as the German Blitz is attacking the country daily.  That was what made the film THE NANCY STARLING so important.  It showed the heroism of civilians in the war.  Catrin knew she wasn’t just saving her job but she felt the importance of patriotism. The transfer is a 1080p AVC presentation that looks incredible.  The coloring is rich and warm with some spots of bright accents.  Most of the scenes in London are dreary and when the film moves to the countryside, the greens are lush.  The images are sharp and show the grittiness of the city like the textures of the bricks.  The overall tone in the transfer is on the beige side to give it a vintage look.  I especially like where the final cut of THE NANCY STARLING film is shown in the theater.  There is a softness on the film within a film but it looks superb. 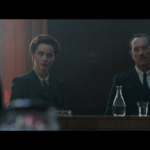 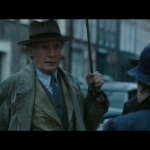 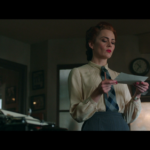 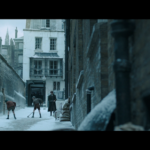 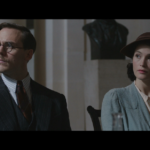 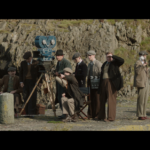 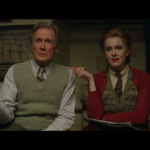 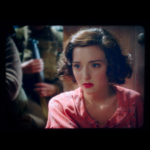 The audio is a DTS-HD Master Audio 5.1 mix that, like the video, has a few moments that hit hard.  The mix is mostly dialogue driven but the times where the bombs are slamming London, the LFEs pound.  There is plenty of depth from echoes on the soundstage and it helps the viewer understand the dimensions a bit better.  The music is also clear and adds to the feel of the film. -Flickers of Hope: The Making of Their Finest: This is a pretty good making with the actors and filmmakers explain how they see interpret the history behind the film. I really enjoyed this film a lot.  I’m a fan of period films that give you some insight on subjects that are a small par of something larger.  It also teaches that the stigma that WWII propaganda films have needs to be reevaluated.  The acting and writing is also really good plus with the release of Christopher Nolan’s DUNKIRK, it makes a movie about a movie from the incident more interesting.  The audio and video are also well done but I was wanting more in the bonus features section.  Overall though, I recommend checking this out.