Frank Moses is a retired agent for the CIA who is living a mundane life in the suburbs.  The one thing that he looks forward to is talking to a rep at Social Security named Sarah.  He purposely loses his check every month just to speak with her.  One night while sleeping, a hit squad shoots up Frank’s home and Frank rips through them with precision.  Now, he needs to find out why they were there and get to Sarah before they do.

Robert Schwentke who also directed R.I.P.D. and the second two DIVERGENT sequels directs RED.  The concept for the movie is based on the DC Comics series of the same name but it isn’t exactly like the books.  That being said, the similarities aren’t enough to say that the movie is way off but the filmmakers made some changes to keep the audience surprised.  I think that when it comes to comic book movies or films based on books, you need to have that even keel of staying true to the source but making the story your own.  Of course, there are some exceptions like SIN CITY that did the movie practically panel by panel.

The two shining stars are John Malkovich and Helen Mirren.  Malkovich’s Marvin is completely off his rocker with paranoia and a skewed way to see the world.  The worst part is that in most of the situations that Marvin offers a solution or insight, he ends up being right.  As for Helen Mirren, she is incredible by being both a proper, English woman who is also a very talented assassin.  Its hilarious to see her arranging flowers with a hidden MP5K and it suits her perfectly. 4k UHD
The video is a 2160p HEVC presentation that has a highly detailed transfer. The intricacies such as the facial lines, imperfections, and wrinkles clearly seen.  There are also a lot of details to be seen in the surroundings as if it was turned up to 11.  There is a noticeable grain on the transfer that is heavier than the Blu-ray but I’m guessing that it’s because of the higher resolution.  Contrasting is slightly affected but only slightly.  The coloring is bold and has a brilliance that is brought out on the 4k UHD.  The skin tones are natural but on the cooler side and, for that matter, the entire movie has a coolness to the hues.

Blu-ray
The transfer for the Blu-ray is a 1080p AVC presentation.  Note that this is the exact same disc as the Special Edition release from 2011, right down to the disc’s label.  Anyway, this is an excellent looking transfer.  Like the 4k UHD, the details are there with both the close-ups and the backgrounds.  The coloring is not as warm as the 4k but it still looks great.  Honestly, the best way to look at it is this is a near perfect Blu-ray and the 4k UHD is on the same level for the format. 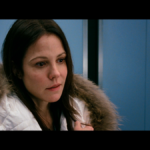 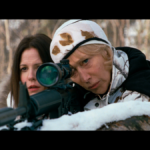 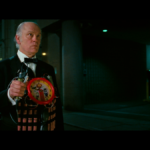 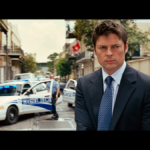 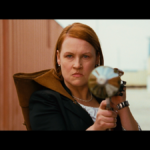 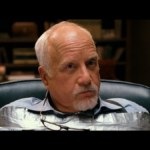 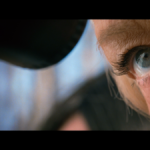 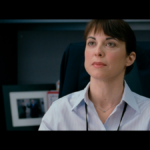 4k UHD
The audio for the 4k UHD is a Dolby Atmos track that defaults to a Dolby TrueHD 7.1 mix. The movie starts off very calm and relaxed until the hit squad begins to fire in Frank’s home.  The barrage of bullets sprays everywhere and the Atmos track makes it sound more realistic.  The difference is how the mix makes the sound movement felt rather than just heard.  The gunfire is loud and powerful,  no matter the weapon.  The LFEs are strong as well as the highs.  The dialogue is also clear and cleanly layered over sound effects.

Blu-ray
The audio for the Blu-ray is a lossless DTS-HD Master Audio 5.1 mix.  Like the video, the mix here is rated about as high as you can for a 5.1 mix.  The 7.1 mix on the 4k UHD has smoother movement when objects are crossing the sound field but this mix here is no slouch.  The gunfire is impressive every time it is used and it doesn’t matter the weapon type.  The sound designer was on point when creating this mix.  Other effects like vehicles and explosions also sound great.  The music from the various places they visit comes through clearly and with depth. -Audio Commentary: with Ex-CIA Field Officer Robert Baer.  He was the consultant for the film, showing that there are , if only few, accurate depictions of what happens when you leave the CIA.

-Access: RED: This is a PIP track on the Blu-ray with a lot of extras such as interviews, trivia, and facts.

-Easter Egg: Hidden in the extras menus is a featurette about the visuals and how there were created. RED is a fun action movie that has some far fetched moments but that’s part of what makes it likable.  To have a cast of people who either are or should be retired from their respective agencies is a great idea.  The 4k UHD transfer has been authored well with a robust audio mix to go with it. The Blu-ray has been held in high regards when it was first released and it still stands true today.  The extras are pretty good, especially the commentary.  For people who own the Blu-ray already, this is an easy decision to upgrade to 4k UHD.  You won’t be disappointed with this purchase.