A Review of Funko’s DC Legion of Collectors for September 2017: DC’s Most Wanted! A Review of Funko's DC Legion of Collectors for September 2017: DC's Most Wanted!

Funko and DC Comics have released their latest subscription box and I think this will appeal to a lot of fans.  The theme is DC’s Most Wanted and it is loaded with villains.  This is a bi-monthly subscription box, which you can pay for per box at $25 USD or you can pay for an annual membership at $150 USD.  Both price points are before the taxes and shipping charges. 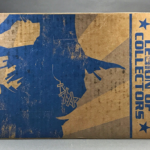 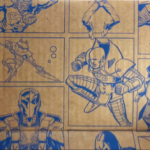 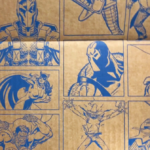 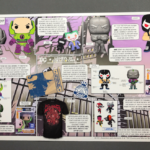 The outside art is of The Scarecrow.  This version has some aggressive features for a silhouette.  The inside artwork is covered with DC villains from all corners of the universe including Lex Luthor, Deathstroke, The Joker, The Penguin, Bizzaro, Catwoman, Bane, and I think that’s it.  They also changed the box a little with this release.  The flap that usually has the patch and pin glued to it is missing so that when you open the box, you get right into the contents. 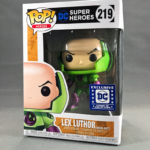 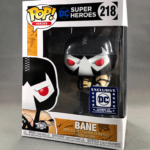 There are two POP! Figures included: Lex Luthor and Bane.  Both are equally awesome in their own way. 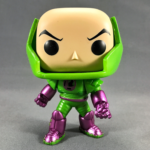 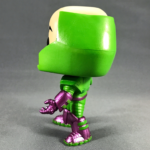 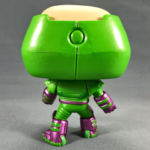 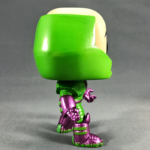 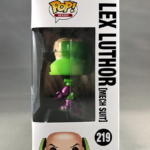 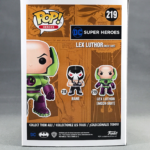 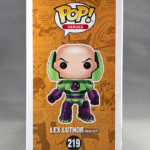 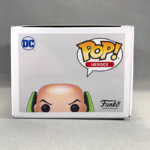 The Lex Luthor figure is a Funko first in his war suit.  Personally, it reminds me of the Super Powers figures that I had as a kid but this is a suit that has shown up in comics, animated movies, and games.  The headsculpt is a basic, bald head…pretty much what you would expect.  As for the armor, the finish is metallic purple and green.  The purple is a bit shinier, with a pearl essence or candy look.   I also really like the stance that he comes in and would look great out of the box. 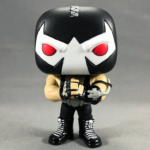 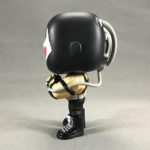 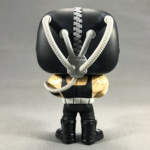 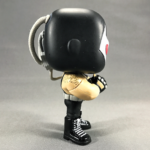 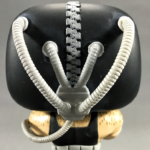 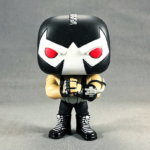 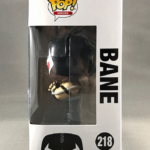 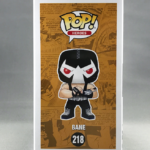 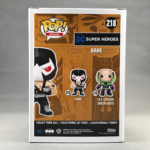 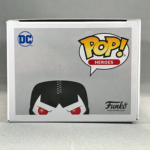 The Bane figure is in an action pose as well with him full of venom and cracking his knuckles.  He is incredibly detailed with the button on his hand and the hose that runs from it to the back of his mask.  On the back, there are four hoses coming out of that box and into his mask.  His paint finish is a matte but glossy on the boots.  Like Luthor, this is a great pose and so well done.  One other thing that I really like is the little black hairs on his shoulders.  It really did make me laugh that they added such a small thing that you almost always see in the comics.  The artists are really paying attention with the intricacies.  There is a small separation on the right arm where it meets the shoulder. Almost like it wasn’t glued properly. I’m sure it is just my figure so people probably won’t have to worry but I wanted to make sure I mentioned it. 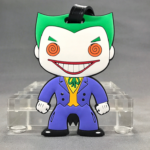 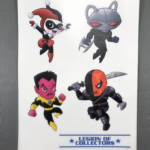 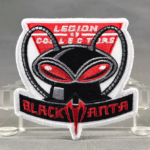 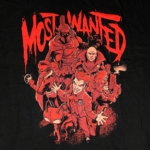 THE LUGGAGE TAG, THE STICKERS, THE T-SHIRT, and THE PATCH:

One of the new offerings in this month’s box is the luggage tag.  It is of The Joker and it is taken directly from the original POP! Version with the swirling, crazy eyes.  The colors are in the likeness as well and he is made out of a thick, hefty rubber-like material.  It’s a cool, new thing to include in the box and a welcome change.  There are a few other companies that make tags but I dig the idea of some of my favorite characters on my luggage so that I can throw some uniqueness on it.

The stickers are the other new item in this box.  It has four character stickers and one “Legion of Collectors”.  The characters are Harley Quinn, Black Manta, Sinestro, and Deathstroke.  The artwork is close to the Mystery Minis with a stylized look.

The shirt has the words “Most Wanted” written is a bloody font with the big bass from the core Justice League members.  The villains are Sinestro, Ares, Lex Luthor, Captain Cold, The Joker, and Black Manta.  The artwork isn’t exactly for me but I like the choices and grouping of the characters.

This patch is of the Black Manta and it looks excellent.  According to the production card, they wanted to use this design for what may be the last patch (if I understand correctly that is) and the black, red, and white are bold.

The POP! Figures in this box are awesome.  I really don’t think I can say enough good things about them.  They appeal to both in and out of the box collectors with solid poses.  The new items and the usuals are really nice changes and additions that make sense.

I say this in the video but it really feels like this is a new era with DC and Funko.  They’re making some changes and in a good way.  Hopefully, we will see some other new items in the boxes as they get a handle on what subscribers are looking for.  This was a really great box and I look forward to see if they’re making changes with the other sub boxes. Either way, their next DC box is Justice League and its based on the upcoming Warner Bros. film so we shall see in November!