The crew of The Ghost are working hard to get some real notoriety in the fight against the Galactic Empire. However, things are a little different with the heroes. Sabine is called back to her past, Ezra is working out his future, and Kanan is coping with the blindness from the Sith temple.

This season of STAR WARS: REBEL is really something special if you’re familiar with a lot of the STAR WARS Legends and Mythos from the universe. The creators have always made references to the better known parts and this season is no exception. Beginning with one of the most ruthless and calculated characters in the imperial navy: Grand Admiral Thrawn. The blue-skinned leader is a strong adversary through this entire season. Another cool reference is the Darksaber. It was the weapon wielded by a Mandolorian force user and one of the latest places it was mentioned, aside from here of course, is in ROGUE ONE: A Star Wars Story. There is also the “continuing” story of Saw Gerrera and his own rebellion against the Empire. The entire concept of filling in the gaps is very interesting and makes for an interesting stories. The video is a 1080p AVC transfer that matches the quality that fans have come to expect from REBELS on Blu-ray. The art is clean and smooth with solid lines that keep each image separated.

A lot of the more complex uniforms and outfits have different textures like the accents on Kanan’s outfit or the various parts on Bendu. Other textures and materials that give the animation more realism is the hulls of the ships, armors, and droids like Chop. The coloring on some parts are bright when it needs to be like on lightsabers and the blue hues on Thrawn’s face. Otherwise, things could be bolder for sure. There is also excellent contrasting and pretty good blacks that help with the contrasting. 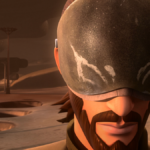 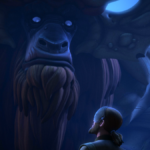 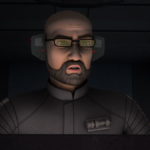 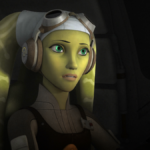 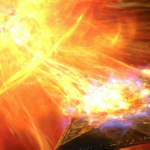 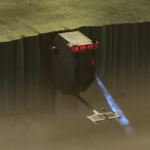 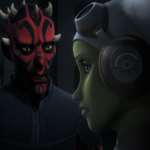 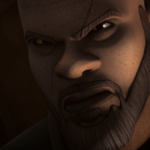 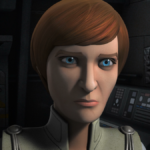 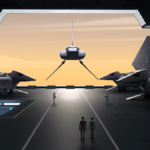 The audio is a Dolby Digital 5.1 mix that I wish was an HD track. It is missing a lot of the potential power that a strong mix of a Star Wars could put out there. There is some good layering of effects and voices but only good. Disc One:
-Rebels Recon: Inside…: This is a look at each episode by Andi Gutierrez. Its a good mix of info and background information about the show.

-A Rebel Alliance: This looks at Mon Mothma and the intertwining from Episode III to ROGUE ONE.

-Return to Mandalore: This is a look at the Mandalorian race and how it ties into the series.

-Thrawn: A Legend Reborn: This is a look at Thrawn from his character before and during this season of REBELS.

-Apprentices to Outcasts: Kenobi and Maul: This explores the conflict and reunion of Maul and Kenobi.

-The Original Rebel: Saw Gerrera Returns – Extended: This is a look at Saw and how Whitaker voiced him to match his portrayal in ROGUE ONE. This marks a really good season of STAR WARS: REBELS with some of the best characters and conflicts yet. This upcoming season will be the last so I assume that it will be a “going out with a bang” type of situation for a group that most likely don’t make it past the Battle of Yavin. The video transfer is pretty good with some good elements being apparent. However, the audio is a disappointment with still no HD mix on the release. My only hope is that there may be a release after the final season with a better mix for the past 3 seasons. The extras included are short but have a lot of information on how the show ties into the theatrical and extended universe. If you’re a fan of the show and/or own the previous seasons, I can recommend picking this up.