Marty is a not the most popular kid a school unless being bullied the most makes you the most popular. The girls and boys both mess with him and a classmate named Carol pulls one of the worst pranks. She tells Marty that she’ll have sex with him in the girl’s locker room and when he’s undressed, he sees the students waiting to pick on him. Let’s just say that they use javelins and swirlies. When the coach stops the kids and punishes them, it still isn’t the end of it. In science class, two more kids give Marty a joint laced with poison and he has to leave the class after smoking it to throw up. While gone, the kids sabotage Marty’s experiment causing to explode in his face. In the confusion, he runs into a jug of acid that burns Marty terribly.

Fast-forward some years later and the group of previous graduates (the ones that picked on Marty) are invited back to the school for a reunion but this night won’t be exactly what they are expecting.

SLAUGHTER HIGH is written and directed by Mark Ezra, Peter Litten, and George Dugdale. It was released in 1986 and titled APRIL FOOL’S DAY before it was changed due to a conflict with another movie of the same name releasing that year. It is one of those 80’s horror movies that has a cult following. The plot is simple enough but the movie is a little all over the place. It could have to do with the studios releasing 2 cuts or having three directors/writers on it. Mark Ezra looks to be the final director so he may have had a lot going on to bring it all together in the end. The video is a 1080p AVC presentation that has that vintage killer thriller tone down. The movie looks about a decade older than being from 1986 and that has created a look that it never really shakes. There is a softness on the edges of everything that can go from fairly sharp to grainy. Like the sharpness, the coloring also fluctuates but maintains a pictures without brilliance. The blacks are dark and have a few moments of crushing. The issue with the video is most likely from the source. 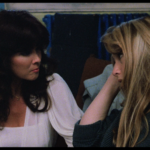 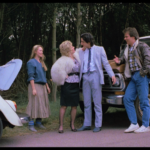 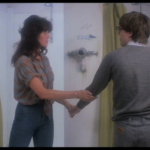 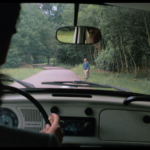 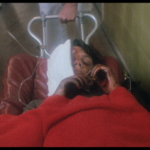 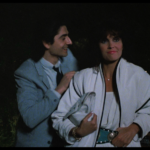 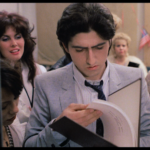 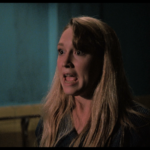 The audio is a DTS-HD Master Audio mono mix. Its the original track and does a decent job of separation the dialogue from the various effects. The both are also clearly mixed well with more treble used than bass. -Going to Pieces with Co-Writer and Co-Director Mark Ezra: This featurette is withEzra talking about his memories as a young person involved with movies.

-My Days at Doddsville with Actress Caroline Munro: This interview with the actress has her reminiscing about making the movie. SLAUGHTER HIGH is a great fit for the Vestron Video line. Like I said, expect the movie to be that slasher flick with a campy feel. The Blu-ray has some issues with the video but this is most likely from the source. The opposite can be said for the audio. It gets the job done and works keep the audio from the era when it was released. As for the extras, there is a good-sized list with some longer than others. If you’re a fan of the movie or the collecting this line of films, I would say to pick this up.