A review of Funko’s DC Legion of Collectors for November 2017: JUSTICE LEAGUE! A Review of Funko's DC Legion of Collectors for November 2017: JUSTICE LEAGUE!

With the theatrical release of JUSTICE LEAGUE rapidly approaching this month, Funko and DC’s Legion of Collector have made the movie November’s theme.  This is a bi-monthly subscription box, which you can pay for per box at $25 USD or you can pay for an annual membership at $150 USD.  Both price points are before the taxes and shipping charges.  It includes some classic items and some new offering from the collectibles company so let’s get right into it. 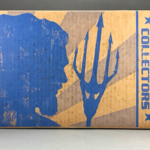 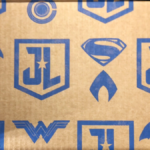 The outside of the box has a silhouette of Jason Mamaoa’s Aquaman with his trident.  Open up the lid and the inside is lined with the superheroes logos.  This gives you a pretty good look at the new logos for anyone who hasn’t seen them. 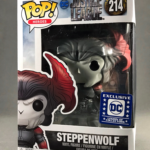 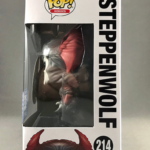 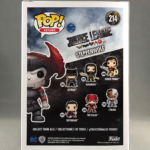 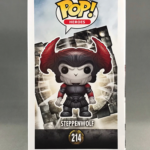 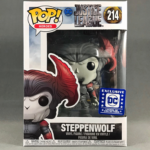 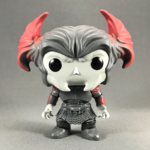 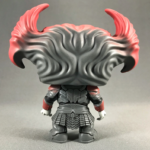 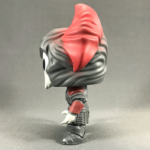 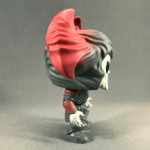 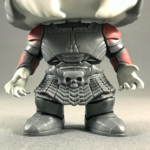 There are two POP! Figures included this time around: Steppenwolf and Aquaman.  Steppenwolf is very cool looking with a chalky, grey, matte finish on his face and helmet.  The armor is a little glossier but in a grey-scale color with some red accents on his arms.  There is a black paint in between the armor plating to give it more a distant look and not as if it has no paint.  He’s a well-made figure and the likeness is great. 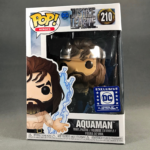 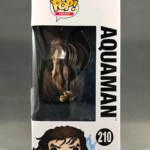 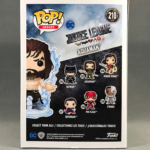 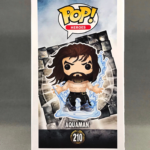 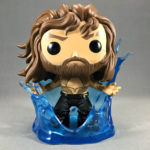 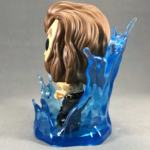 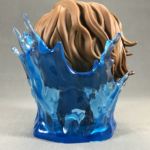 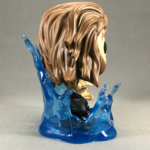 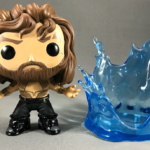 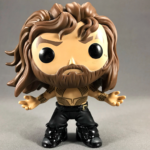 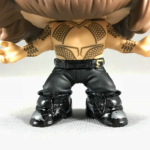 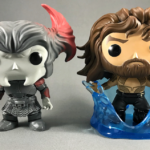 The second figure is Aquaman with a very, very cool water effect.  It doubles as a stand but the figure doesn’t need it to balance on his own. The translucent blue material looks like when Arther Curry is summoning his water manipulating abilities.  The figure has him shirtless so you can see his tattoos and markings.  He has pants on and untied boots that the painters added some scuffing to that shows some wear.  The water reminds of the effect that Funko used on the Iron Man figure of him taking off a few years back. 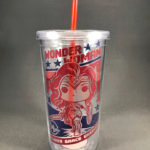 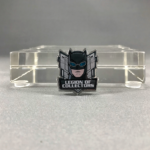 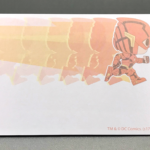 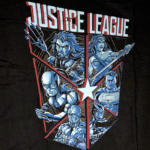 THE TUMBLER CUP, THE PIN AND STICKY NOTES, THE T-SHIRT:

This is a first-time offering for the boxes and it is a nice addition to their products.  It is a clear cup with a Wonder Woman design.  The lettering and the artwork is all in red.  I think most people would like getting these every once in while because this is a cool little change.

And remember kids: this is ONLY for cold drinks.

The included pin is of Batman in his tactical suit from the upcoming movie. Its the same quality as they usually are and this one is slightly larger so you get more Batman.

Another new offering is the sticky note pad.  It has The Flash and his red streak behind him.  My first instinct was that this could have a flip effect to make it look like he’s running from one side to the other.  Maybe next time…make a note of that Funko.

The shirt has the team on it and the top has JUSTICE LEAGUE written over the shield.  The shield is divided up by teammate (going clockwise) with Aquaman, Wonder Woman, Superman, Batman, Cyborg, and The Flash.  It has sort of an oil paints or chalk art appearance with a mostly blue hue.  I’m not exactly a fan of the artwork but that doesn’t mean that there won’t be people who like the design.

Overall, this is a really good box and I like the variety of items that Funko is trying out.  I can see the cup getting mixed feeling from the people who didn’t like the inclusion of the old mugs.  Whether I’m a fan of the shirt or not is countered by the fact that they put one in here.  I love getting shirts in these boxes so I look forward to when they do it.  The real standouts are the POP! figures.  Steppenwolf has a nice finish and sculpt design.

The Aquaman figure is amazing.  I love this water effect and the fact that you can remove it if you’d like but the translucent blue adds a level of authenticity to the collectible.  It made me happy to see everything in this box.  Questions?  Comments?  Let us know below, thanks!

Here is an Unboxing and Review video for this one, enjoy!