On the Wind River Indian Reservation in Wyoming, A local agent for the US Fish and Wildlife agency named Cory has been tracking a predator that is killing some various livestock. While tracking a small family of mountain lions through the area, he stumbles upon the body of local girl, frozen in the snow named Natalie Hanson. He notifies Ben from the local police but to determine if this is a homicide, they contact the FBI.

The FBI sends Jane Banner.  She was in Las Vegas for a training and is the closets agent to the get to the scene in the least amount of time. Before she takes the body to the medical examiner, her preliminary findings and circumstantial evidence point to this being a homicide.
The local medical examiner agrees with her the she was assaulted both sexually but she would have to investigate to prove murder. Ben offers his assistance and Jane also wants help from Cory because he knows there area and because he works for a government agency, jurisdiction isn’t an issue.

WIND RIVER is written and directed by Taylor Sheridan. This is his directorial debut. It is a murder-mystery drama that, in the end, has a strong and emotional message. Sheridan is actually from the area and has had experience with the happenings on the reservations.  His insight lends an authenticity that makes the various plot points and situations feel more visceral.

Jeremy Renner plays this character perfectly.  His stoic personality has some small cracks to see that he has a lot of love to offer. He tries to have a good relationship with his son after the death of his daughter. Her death is the reason why he and his wife have split up but he is willing to let her take whatever time she needs. Its easy to see that his feelings are still raw and this incident with Natalie is not helping his grieving process.  It also bothers him because Natalie was his friend’s daughter. Elizabeth Olsen’s character puts on a front like she has more experience than she actually does.  She makes sure that when people look past her for being a female, she gives them a reality check that she is the agent in charge.
?The audience as well as Ben and Cory, can see that she is inexperienced but when push comes to shove, she gets things done.

When I first saw the preview for the film, it peaked my interest. Now that I have seen it, I’m not disappointed in the slightest.  The story, the acting, and the pacing all work well and will entertain a variety of viewers. One thing that I will say is that I understand that making this in modern times might have more appeal to the masses rather than a period piece. On a side not, I can just as easily see this being set sometime in the 1800’s.  Part of Renner’s character is that he is a tracker/cowboy and someone who makes his way in a place that is as strong as he is.  The dynamic of him being friends and respected by a lot of the Native American community on the reservation could be seen in a western.  Either way, this is somewhere on my top five best movies of the year and I would be amazed if it isn’t in the running for at least a few Oscars. The video is a 1080p AVC presentation that looks superb.  The seemingly endless snow in all of the outdoor scenes has been filmed in a way that gives depth to the imagery.  You can see the changes in the landscape so there isn’t just flat white everywhere but the changes in terrain are easily seen. The details in the images have an incredibly realistic look with facial lines and textures feeling natural.  You can also see the snow on clothing and in the air. With all of the different types of snow in the movie, you might catch powered snow or the larger, glistening snow in the air like little frozen chips. The edge of clothing show the fraying in some places and tight weaves on some of the others. For example, Cory’s white hunting jacket is make of fleece and in the closer shots, you can see the edges pilling. Skin tones look as natural as they can when in the cold weather but when they are indoors, they look naturally warmer altogether. 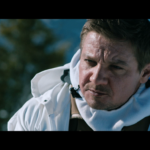 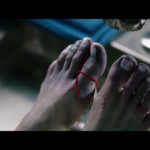 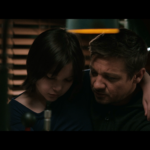 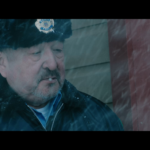 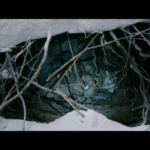 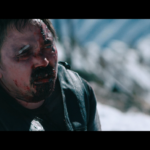 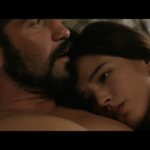 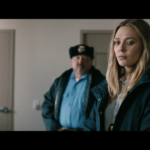 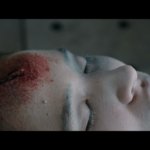 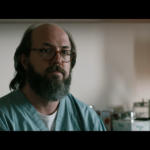 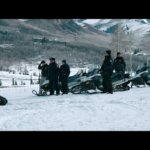 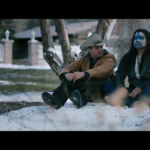 The audio is a DTS-HD Master Audio 5.1 mix that suits the release.  This is a mix that never takes a break. There is always the sound of wind in the surround speakers and it varies from light while indoors to blizzard-like when Cory first meets Jane.  You can get a sense of the speed of the snowmobiles from the zip of their engines and the passing air that whips by.  However, the real standout in the mix is the gunfire.  You get a good idea of the realism and the danger from every shot.  Every round fired hits the bass hard and moves through the sound field.  Cory’s lever-action rifle is the real heavy hitter with the sound being almost startling and immerses you into the moment. There is a slightly exaggerated shot but it works because of the terror he is trying to show. -Behind the Scenes: This series of clips has some speaking with the cast and the director about the story. Unfortunately, they aren’t’ that different from each other so you don’t get a lot of information from them. WIND RIVER is an excellent movie and hooks you right from the start.  The cinematography is gorgeous and has some well thought out shots. It makes for a good contrast of Wyoming’s breathtaking land against the horrific things that are happening in the story.  The Blu-ray itself has a stellar transfer while the audio complements the video very well.  I would’ve liked to see more extras included because I like learning as much as I can about a film when I’m as enthralled as I am here.  Overall, I highly recommend picking this one up because it is one of the best films of the year.