Mezco has announced the release of Thor from THOR: RAGNAROK as a new One:12 Collective figure!

Mezco is expanding their One:12 Collective line with Thor from the latest film, THOR: RAGNAROK. Check out Mezco’s info on the figure:

In Marvel Studios’ Thor: Ragnarok, Thor is imprisoned on the other side of the universe without his mighty hammer and finds himself in a race against time to get back to Asgard to stop Ragnarok – the destruction of his homeworld and the end of Asgardian civilization – at the hands of an all-powerful new threat, the ruthless Hela. But first he must survive a deadly gladiatorial contest that pits him against his former ally and fellow Avenger – the Incredible Hulk!

The One:12 Collective Ragnarok Thor figure captures both the character’s unique physique and his richly detailed costume. In addition to swords, shield, and mace, he features a helmet with film accurate rotating “wings”.

Because Thor is the god of thunder he comes complete with a removable lighting effect to replicate the F/X from the upcoming blockbuster.

Order your THOR: RAGNAROK from Mezco’s One:12 Collective

Each One:12 Collective Ragnarok Thor figure is packaged in a collector friendly box, designed with collectors in mind there are no twist ties for easy in and out of package display. 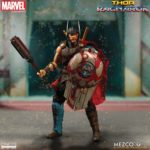 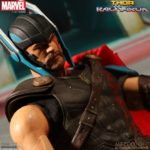 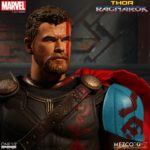 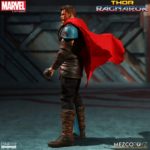 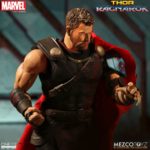 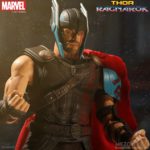 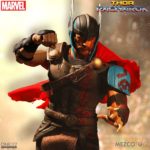 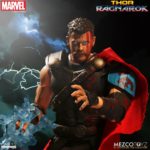 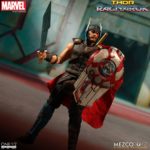 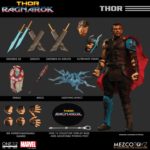