On a vacation in Spain, Mitch Rapp proposes to his girlfriend Charlotte at the beautiful resort where they are staying.  As Mitch is getting the two a drink at the bar by the pool, there is a sudden eruption of gunfire from almost every direction.  Suddenly, the entire resort is in a chaotic swarm of gunfire and random people are getting hit but Mitch isn’t giving up.  As he frantically tries to make it back to his now fiancé, he is hit in the leg.  He is trying so hard to get there when she is hit in the chest.  A few seconds later, he is hit in the clavicle and she is just within reach when one of the terrorists kills her with a point blank shot.

About eighteen months later, Mitch is consumed with training with knives, pistols, rifles, and learning mixed martial arts. There is rage and determination behind his eyes and every waking minute he is bettering his skills.  He has been watching terrorist recruitment videos and been in contact with the group that attacked the resort.  Little does he know that the CIA is watching him to try and see what exactly he is planning.

AMERICAN ASSASSIN is directed by Michael Cuesta and based on Vince Flynn’s novel of the same name.  Cuesta has directed a lot of TV and the way that the movie is broken down could be like 3 episodes of a series.  That’s not to say that this is a bad thing with the breakdown being the tragedy, the training, and then the mission.  It makes this an easy watch and you get to know the characters.

Michael Keaton is the grizzly trainer that pushes his trainees to the fullest and will make them learn his way or they can get packing.  He still goes out in the field and is easily one of the best there is.  Dylan O’Brien portrays Mitch Rapp and he plays a convincing covert agent.  Aside from the very beginning of the movie, he does a really good job at showing no real enjoyment in anything he is doing.  The only part of his character that I didn’t like is that he consistently ignores orders with no consequences.  It is a little nonrealistic in a military setting for him to get such preferential treatment.  I will say that this movie makes me interested in a franchise and checking out the books that are released about the character. 4k UHD
The video for the 4k UHD is a 2160p HEVC that has some really strong points.  There are a few different scene changes where the lighting and coloring has been nicely captured.  The beginning of the movie where Mitch and his fiancé are on vacation, some of the filming has been captured on a cellphone camera and an HD handheld.  It helps the big resolution change feel more subtle. After the resort scene, the colors get a bit colder while Mitch is stateside and training.  The skin tones are colder as well during his training with Hurley.  The details on the skin and clothing are sharp.  Its only when he is on assignment that his skin tones and the images become warmer.  Colors are brighter and the darker spots bring out the contrasting between on the objects as well as people on screen.  There are some issues on the lower-lit scenes like the interrogation room where there is some noise in the darker spaces.  I’ll mention it in the Blu-ray section as well but on the 4k disc, the noise is more evident due to the details in the transfer.  There are a few other scenes where this happens in the darkness but it isn’t distracting.

Blu-ray
The video for the Blu-ray is a 1080p AVC transfer that has a clean look.  There are still the moments on some of the low-lit scenes that I mentioned in the 4k UHD but it’s not as harsh.  That being said, there are a lot of scenes that look excellent on this disc and show off the clear images.  The outdoor scenes at the training compound still have that cool, blue hue but the earthy tones are evident.  Also, in Istanbul, the colors have a richer feel that makes the city look beautiful.  The finer details and makeup effects look excellent too.  This is what fans of Lionsgate have come to expect from the company’s authoring team. 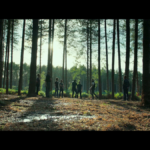 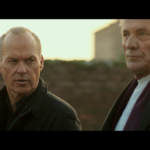 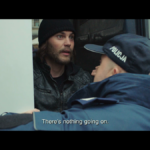 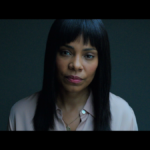 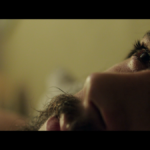 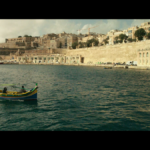 The 4k UHD and Blu-ray have the same Dolby Atmos mix.  It will default to a Dolby TrueHD 7.1 if you don’t have the proper equipment for Atmos.  There are plenty of things happening in this mix with the action movie movements that sound superb.  If the snapping of the gunfire begins from the center channel, it will reverberated outward past you and into the surround channels. The gunfire also moves across the overhead channels to aid in realistic movement. This gives gunfire a very realistic feel.  In the opening scene, the gunfire is literally coming from all directions while the people are moving through the attack and the movement is smooth.  This also goes for the ambients sounds of the city and indoor training areas.  The hard hitting LFEs also sound excellent. -Target Acquired: Creating an AMERICAN ASSASSIN: This featurette has interviews with the cast and crew about the film.

-Transfer of Power: Hurley and Ghost: This time, the featurette focuses on the characters that Michael Keaton and Taylor Kitsch portray.

-Weaponized: Training and Stunts: This shows some of the training that the actors went through to make the stunts more real.

-In the Field: On Location: This featurette shows some of the filming locations in the movie.

-Alamo Drafthouse Q & A: With Dylan O’Brien and Talor Kitsch. AMERICAN ASSASSIN is a very good entry in the covert ops/spy/thriller/counter terrorism genres.  At no point are there any slow points and every scene fits the purpose of moving the story along.  Even where there are expository moments, they were well thought out.  Both the 4k UHD and Blu-ray have excellent transfers with both having a great amount of detail in the images.  Both discs also have the same stellar Atmos mix that really deliver the action in a bold way.  The extras are decent but I feel like there could’ve been more included.  Overall, this movie is worth picking up in 4k if you have it or the Blu-ray because it is a solid film.