The Force is strong with this one. Sideshow is thrilled to present the Luke Skywalker Deluxe Sixth Scale Figure from Star Wars Episode VI: Return of the Jedi. Sideshow’s artists have captured an immense range of details and accessories into one deluxe collectible so fans can display their favorite moments from Luke Skywalker’s heroic journey in any collection.  Recreate key scenes from Episode VI of the Star Wars saga with the three distinct looks included with the Luke Skywalker Deluxe Sixth Scale Figure- Jabba’s Palace Luke, Endor Luke, and Jedi Knight Luke.

Featuring a detailed portrait of the character’s appearance in Star Wars Episode VI, for his Jabba’s Palace look, Luke Skywalker wears a hooded brown cloak over his iconic black Jedi outfit of a long sleeve shirt and pants, along with a gray tunic and sash.  Remove the tunic and attach Luke’s black leather-like belt with a pouch and saber hook to recreate his Jedi Knight look from the fateful final showdown with Darth Vader.  In the Endor display, Luke Skywalker can wear his belt and camouflage poncho along with articulated black boots.  The figure includes an additional portrait with the detailed likeness of Luke Skywalker wearing a non-removable Commando Helmet. The Luke Skywalker Deluxe Sixth Scale Figure also includes eleven different swap-out hands in a variety of poses including Force Gesture hands, bare and gloved fists, and assorted grip hands for holding his DL-18 Blaster Pistol or lightsaber with removable blade.
Witness the Return of the Jedi- to your collection! 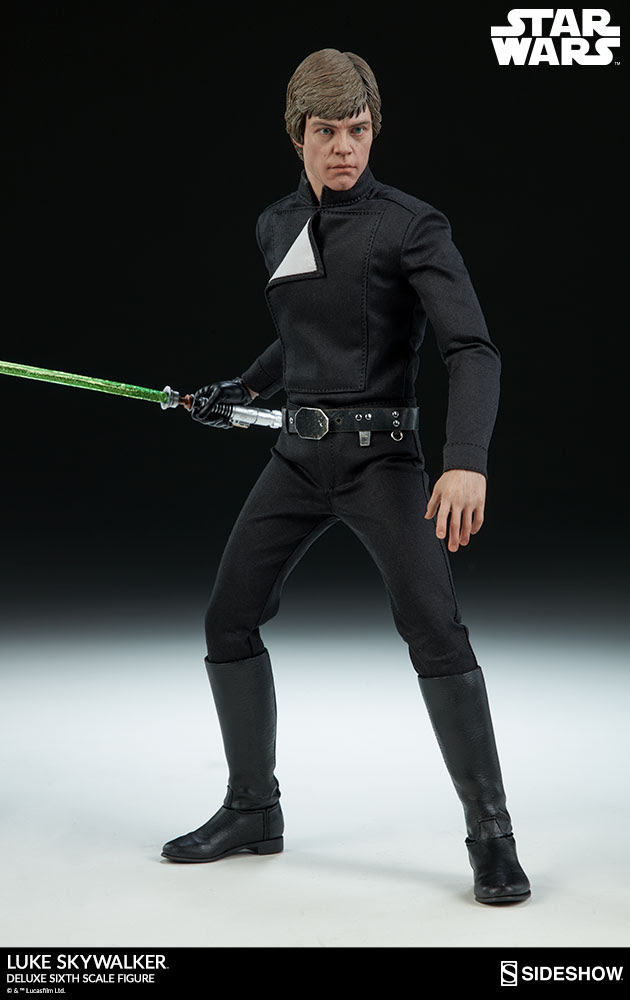 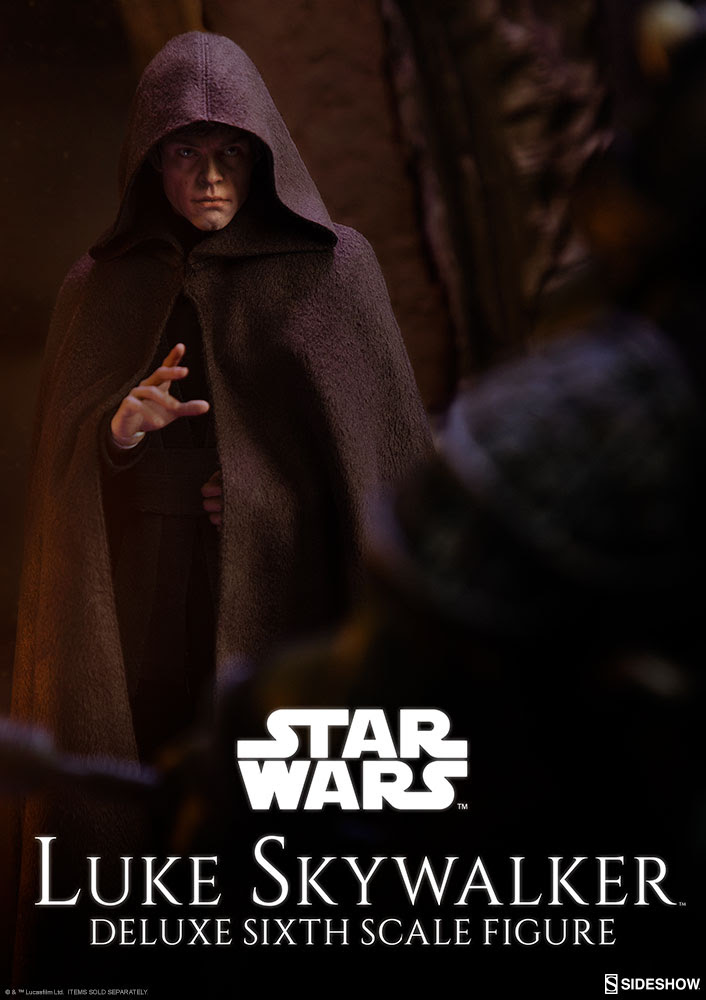