In a small bunker made up of survivors and military, Zoe Parker is trying to find a cure to an infection that has affected the world.  They call them Rotters and they’re out to devour humans.  The military is more concerned on moving forward to survive and have little faith in Zoe.

DAY OF THE DEAD: BLOODLINE is directed by semi-new Hèctor Hernández Vicens.  He has only done one other film and this is one that is on the smaller size as far as production size goes.  Unlike the original 1985 version, this movie focuses on both the events that lead up to the outbreak and the time spent at the survivors compound.

This is a “reimagining” that sort of takes the memorable parts and the title to make a zombie movie.  The “Bub” character has been changed so much that the connection to the original is lost. Unfortunately, this movie is a little dry with the delivery of the dialogue.  Things feel like they were done in one take to either save time or money.  No character, aside from Max, is convincing about their conflicts in the story. The video is a 1080p AVC presentation that is incredibly clean and sharp.  I’m convinced that it’s been shot digitally due to the look in any setting.  The tone of the movie is hard to describe with a grey, greenish-blue hue or some variation depending on, again, the setting.  Skin tones are all over the place but in a good way.  There are the living that go from somewhat warmer tones to somewhat washed out from living in the bunker for some time.  There are also the gruesome, rotting skin of the dead with no two looking the same.  Some of the darker areas have a solid, deep blacks and strong contrasting. 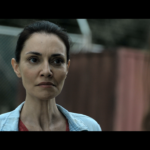 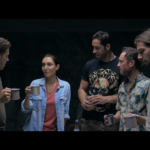 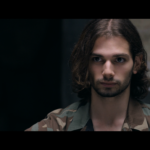 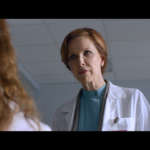 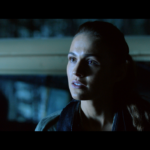 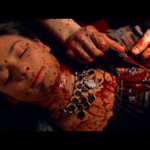 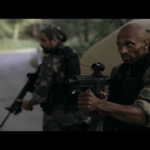 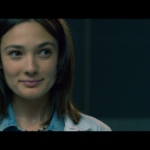 The audio is a DTS-HD Master Audio 5.1 mix that is actually quite good.  There are strong points on the mix like movement and ambient sound used with zombie’s movement as well as echoing within the bunker.  Like the visuals, the sound can get pretty disgusting and fairly realistic.  Gunfire and other punches of LFEs rock the speakers. -DAY OF THE DEAD: BLOODLINE: Reviving the Horror: This has some cast and crew interviews. With some polish on the production, DAY OF THE DEAD: BLOODLINE could be a solid zombie flick but it misses the mark.  The technical parts of the Blu-ray are really good but there is only one extra.  I would give this one a rent before you decide to buy.