When someone is talking movies and they say “this is the worst movie ever made”, there is only one movie that should come to mind.  It’s called THE ROOM and I’m not talking about the one with Oscar Winner Brie Larson but the 2003 movie starring Tommy Wiseau.  It is terrible but it has this cult following that people watch because of how bad it is.

THE DISASTER ARTIST is about the people and events that led up as well as making to making THE ROOM.  Tommy and his friend Greg are trying to make it Hollywood with the auditions, the classes, and trying to meet the right people. Greg gives Tommy the idea to write a movie to become a success.

James Franco directs THE DISASTER ARTIST and plays Tommy in the movie. His best friend Greg is played by Dave Franco and the cast is made up of their Hollywood friends. I will mention that Ari Graynor has a resemblance to Juliette Danielle and got her mannerisms down.

The movie had one nomination for an Academy Award for Best Adapted Screenplay because the movie is based on Greg Sestero and Tom Bissell’s book of the same name. I haven’t read the book but the shot for shot scenes Franco did of THE ROOM shows their dedication to staying with the source material. The video is a 1080p AVC presentation that has a really good look to it.  The way it is filmed is with a lot of handheld as well as digitally which shows in some of the scenes.  The skin tones are warm on pretty much everyone except for Tommy. They made him pale and creepy like he is in real life. There are a lot of darker scenes because of so much being shot on a sound stage or in studio. As for the details, they aren’t overly sharp and there is a grain that comes of nicely. In the darker scenes, there is a small amount of pixelation but not enough to be distracting. The outdoor scenes are bright with bold coloring in the clothing as well as the environment. 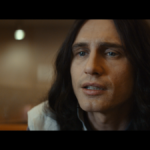 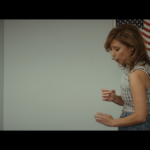 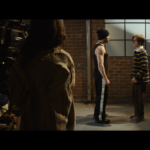 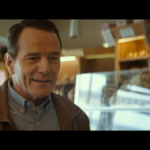 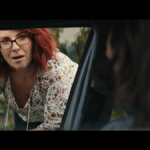 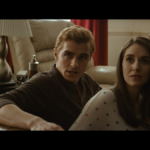 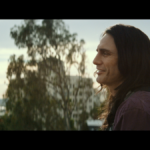 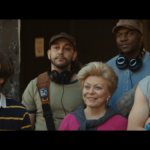 The audio is a Dolby TrueHD 7.1 mix that is mostly dialogue driven. There are very few sound effects other than any normal sounds in the real world. The strongest part of the mix is the soundtrack. All of the 90’s club music and “Epic” by Faith No More is both loud and heavy hitting. -Oh, Hi Mark: Making a Disaster: This is typical EPK with some interviews and look at the movie behind the scenes.

-Directing a Disaster: This looks at James Franco at the helm.

-Just a Guy Leaning on a Wall: Getting to Know Tommy: This is about capturing the look and the idea of the character Tommy Wiseau. THE DISASTER ARTIST is a mix of funny, sad, and out of control. James Franco does an excellent job of directing his friends because they basically make up the cast. Plain and simple, it is an entertaining film and it explains a lot of things when it comes to THE ROOM. The video is very clean and the audio makes songs I’m not a fan of hear them in HD. The extras are pretty good and you do get a first-hand look of how aloof Tommy can be. Overall, this is an easy recommend to anyone whether you have seen Tommy’s movie or not.