With life after college not being all its cracked up to be, The Bellas think that they are going to a singing reunion and its possibly the first thing that they have looked forward to in a long time. When they get there, Emily breaks the news that she should’ve called it a “performance” rather than a “reunion”. Aubrey knows that there is a USO Concert series that they can go on and if they do the best, the group can open for Dj Khaled. So the Bellas need to beat the competition to possibly move together to better things.

Trish Sie directs what is to be the final movie in the series. The plot has just about everything that you would expect from the finale except for the inclusion of the whole “action movie” thing. Don’t worry, I’m not giving anything away because you catch what I’m talking about within the first 10 minutes or so. It set a tone that happens, goes on hold for about 2/3rds of the movie and then goes back to that tone again to round it off. The music in it is really good with some of the old and new approaches to it. The movie also ties up the characters so that if this really is the last, it can be with closure. 4k UHD
The video is a 2160p HEVC presentation that has a really nice transfer. The coloring has a brilliant look that shows the difference between this and the Blu-ray. The settings stand out like the flower market that the crew recreated in the ATL. The images on screen are also very crisp and and have a lot of details no matter the lighting. Clothing materials and facial lines can be seen incredibly well. This is where the HDR comes in and shows what the format has to offer. The blacks are deeper and skin tones are warm. The color of stage lights is also brilliant.

Blu-ray
The video is a 1080p AVC transfer of the Blu-ray is pretty good comparing it to the UHD. The coloring is bright in most of the same areas with the brilliance toned down slightly from the 4k. The sharpness of the details look excellent in the close-ups and on the base. Both of these are just limitations of the format and not reflective on the authoring or source. In some of the lower lit scenes, there is a minor amount of pixelation. The smokey scenes have some of it as well but, again, its minor. 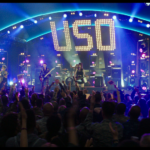 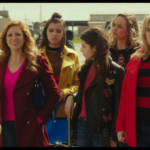 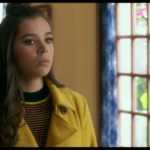 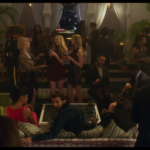 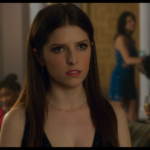 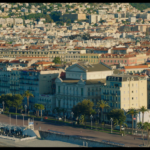 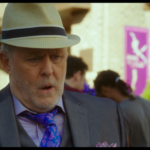 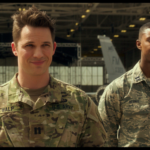 The audio is a DTS:x mix on both the 4k UHD and the Blu-ray. It will default to a DTS-HD Master Audio 7.1 if you don’t have the equipment. Because this is a music based movie (not a musical), there is a lot of moments and many different types of music. With this type of track, you can hear the multiple voices harmonizing as well as the mixing of the instruments. You can also hear the multiple tracks that Beca mixes when she is making her music. The voices during songs and dialogue are clear and prioritized nicely over the sound effects. The LFEs rattle the theater and immerse you in the music. -Competition Crescendo: This looks at the riff-off being larger and with more than acapella behind it.

-A Cappella Action: This looks at the action portion of the movie.

-The Women of PITCH PERFECT 3: This talks about the women in the cast and crew that make the films possible.

-Don’t Mess with Rebel: This looks at how they turned Rebel Wilson into an action hero.

-The Headliner: DJ Khaled: This looks at the music maker and his part in the movie.

-The Final Note: John and Gail: This looks at the crazy acapella judges and their documentary.

-Just Because He’s a Bad Guy…: This looks at John Lithgow’s performance in the film.

-The Final Performance: This is how the final perforce was created.

-Hollywood of the South: Atlanta has become the place in the east to shoot movies nowadays. PITCH PERFECT 3 definitely has some funny moments with the original crew but this movie has a different vibe from the other two. Sure, some of the moments are over the top throughout the series but I think this could’ve done without the action stuff and focus on the music. The release is really good with strong video on both formats and a very good audio mix as well. The extras are really good with pretty much everything being covered in the featurettes and commentaries. This is one for the fans or the folks wanting to complete the series. If you’re unsure about it, maybe give it a rent first.