During WWII, the Nazis experimented on people with abilities but they lost the war.  Soon after, the American government did the same thing and succeeded.  There abilities range anywhere from telekinesis or “Movers”, precognition or “watcher”, mind manipulation or “pushers”, and tracking people or “sniffers” with everyday items objects.  The department is called The Division.

In the present day, a mover named Nick who has been hustling on the streets is approached by a watcher named Cassie about bringing down Division.  There is a drug that they have developed to make people with abilities even stronger and there isn’t much of it.  If they take it, they can make life better for everyone.

PUSH is directed by Paul McGuigan.  He has directed LUCKY NUMBER SLEVIN and VICTOR FRANKENSTEIN.  This movie is like the groundwork for something out of the comics without being based on an actual comic.  It seems like there are a lot of different powers but they would only come up when the plot called for it.  Need a guy to erase someone’s memories?  They have it.  Need some aquariums broken?  They had one of those too.  I was going to make a joke that this movie sorta sounds like the origin of a certain star-spangled hero but I think that’s not necessary to make that connection. 4k UHD
The video is a 2160p HEVC presentation that is incredibly noisy.  The movie already has a distressed look with the images not looking smooth and the 4k amplifies that more than may be expected.  The lines can go from smooth to grainy so it really is a mixed bag.  The colors are brilliant and bold throughout with the walls looking like the background of a comic panel.  There is also a lot of neon that lights the scenes around Asia.  The skin tones are overly saturated but I think that’s from the color boost from the format.  The Dolby Vision makes these more prominent on this format than the Blu-ray.  It has some moments where the contrast is very strong but some moments have blocking in the blacks.

Blu-ray
The video is a 1080p AVC presentation that looks pretty slick.   The coloring is bright and keeps with the tone of the movie.  Dakota’s bright streaks of color in her hair and that look good again the dark clothing that she typically wears.  The grain that is there gives it the same tone as the coloring decisions.  The skin tones on this disc are much more natural than the 4k.  The details are strong on faces, clothing, and some of the other objects throughout the movie.  Some of the CGI has some outlines on them but it isn’t overly distracting.  The contrasting on this definitely has some strong moments with some minor crushing. 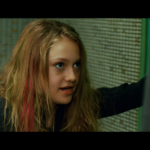 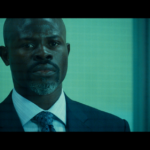 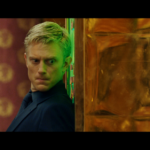 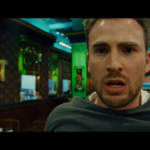 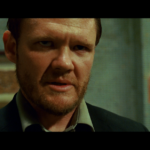 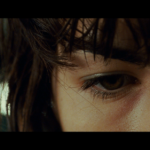 4k UHD
The audio is a Dolby Atmos mix that has some excellent moments during the action.  Bullets whiz by with the overhead setup and move through all of the other channels.  When the abilities are being used, the room is constantly filled with strong effects.  The people that have a screaming power that sounds supersonic.

Blu-ray
The audio is a lossless DTS-HD Master Audio 5.1 mix.  Minus the overhead audio, this track really brings this film to life.  Some of the highlights are the use of powers and music with the heavy LFEs.  The end scene doesn’t pull any punches with huge scaffolding falling and hitting the ground heavily.  Dialogue is well prioritized and clear. -The Science Behind the Fiction: This explores the abilities in the movie and their importance to the story.

-PUSH: Breaking Down the 9 Types of Psychics: This does a rundown of the abilities that are used in the movie.

-Deleted Scenes: there is an optional commentary for them with director Paul McGuigan. PUSH can be characterized as an action/sci-fi movie with definite comic book inspired undertones.  You get early Chris Evans and Dakota Fanning that is a pretty easy watch.  The 4k UHD brings out some of the flaws that might have been glossed over on the Blu-ray so the Blu-ray might be the better option.  However audio-wise, the Atmos track is really nice.  The extras are ok and go over some helpful information.  All in all, the fans are going to be happy with this but maybe try before you buy.