Its 1980 and South Korea is going through the Gwangju Uprising. There are riots, chaos in the streets, and protesters trying to be heard. A private taxi driver named Kim Man-Seob works hard while keeping his car pristine as he can and is incredibly picky about the fares he takes. All he has in the world is his cab and his daughter. His landlord is owed 100,000 won from Kim and he is working hard to get it to her.

One day at lunch, he hears about a fare from a foreigner to be driven to Gwangju and back before curfew by another driver. He needs the money and this is an easy way to get it. He takes the man to the city but the trip is not as straightforward as he expected. Turns out, the man is a reporter and his assignment is to let the world know about the issues in the country by filming all that he can.

A TAXI DRIVER is a South Korean film directed by Jang Hoon. The movie seems a little light-hearted at the beginning until it is clear that the movie is telling a story about a historical event and the relationship between the two main characters. With Song Kang-ho as the lead, his character’s personality about how he feels about the people around pulls you in. Also, his interactions with his the reporter is funny because of the language barrier and his need for the 100,000 won. The video is a 1080p AVC presentation that is loaded with vibrant colors. The film has been captured digitally and the many shades of green are the standout on screen. His cab is a lime, there is lush foliage on the sides of the highway, and the soldier’s uniforms share the color. Other colors are also bright like yellows and blues. The contrasting is good with details creating definitive lines. Also, there are plenty details such as the grime and scruff from the people in Gwangju. Some of the images get a bit washed out from the brightness but they never lose definition or the details. 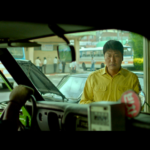 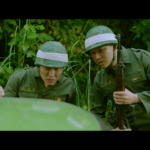 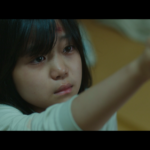 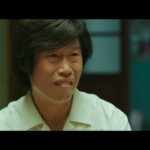 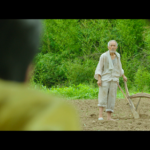 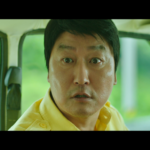 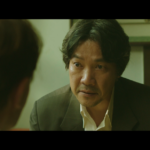 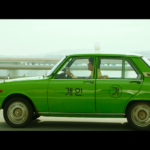 The audio is a Korean DTS-HD Master Audio 5.1 mix that plays really well. The beautiful score comes over all of the speakers with a particularly nice guitar as the prominent instrument. As for effects, you can hear the wear and tear of his cab as it zips around the city. One of the scenes with multiple types of vehicles utilizes the sound field as the all of the actions of them moving around. The dialogue has been well prioritized along with the effects and music. There are no extras on the release. A TAXI DRIVER is a really easy watch and is a well-told story. The acting is excellent and with all of these things coming together, it’s easy to see why the film has won/been nominated for the multiple awards since its release. The Blu-ray looks great and the audio has been nicely mixed. There are no extras on the disc, which really surprises me due to the true story that the movie is based. It would’ve been nice to see more about the real story. I highly recommend checking this movie out if you get the opportunity, its well worth your time.