This week LEGO Systems, Inc.revealed two more sets in their Wizarding World. Explore Aragog’s Lair while escaping the giant spider and his army of offspring in the Forbidden Forest from the Harry Potter series. From the Fantastic Beasts movie a new set, Newt’s Case of Magical Creatures, turns from Newt’s case to his mini lab with potions area and numerous creatures.

Both sets will be available in August. More details about the sets below!

Aragog’s Lair (75950)
Price: $14.99
157 Pieces
Help Harry and Ron escape the giant spider and his army of offspring in the Forbidden Forest. Use your magic wands and lantern to fend off the colony of spiders, flying cobweb and Aragog’s fearsome fangs—then escape the creepy hollow! Tree has a spiderweb shooting function, attached spiderweb and a buildable red and white mushroom. Includes Harry Potter™ and Ron Weasley™ minifigures with a buildable Aragog spider featuring 8 posable legs and 2 movable fangs.

Newt’s Case of Magical Creatures (75952)
Price: $49.99
694 Pieces
Newt’s Case of Magical Creatures has room for everyone! Take a tour around the different magical beast habitats, as you look after the Erumpent, Occamy, Thunderbird, Niffler and Bowtruckle. Have lots of Fantastic Beasts fun exploring, mixing potions and caring for the magical creatures. Features a buildable and foldable case containing a nest with an Occamy egg, shelter and grooming areas. Includes 4 minifigures: Newt Scamander™, Jacob Kowalski, Tina Goldstein™ and Queenie Goldstein™. 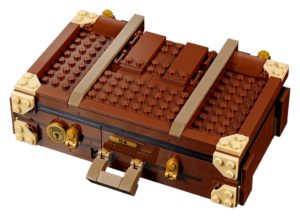 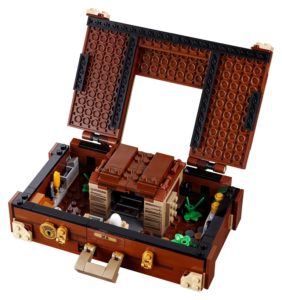 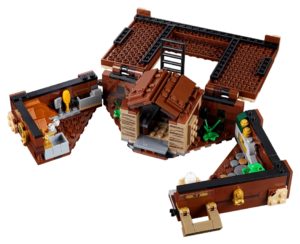 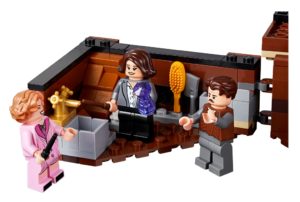 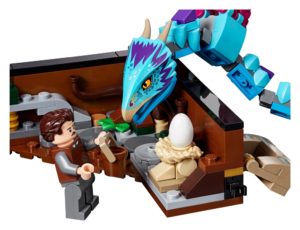 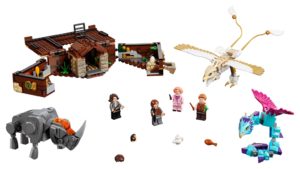 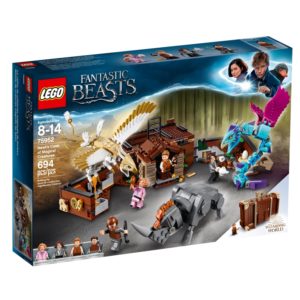