In Pittsburgh, a man has set himself up across the Allegheny River from PNC Park with a sniper rifle. He kills 4 people and leaving a mountain of evidence, the police quickly arrest the alleged killer. He is an ex-army sniper named James Barr. During his interrogation, he tells the lead detective and District Attorney to call Jack Reacher.

Reacher is an ex-MP and he had a long-time interest in Barr for a crime from years ago. This is what brings him to town and investigate what happened.

JACK REACHER is written and directed by Christopher McQuarrie. It is based on the Lee Child’s novel named One Shot. McQuarrie is the director of MISSION IMPOSSIBLE: ROGUE NATION and FALLOUT.

In the film, Tom Cruise is Jack Reacher and he really does play the part well. He has toughness about him from his old life and his determination to solve this situation. He is like a less reckless Ethan Hunt and has the situation figured out before he engages.

I love that Cruise and Robert Duvall got to have plenty of screen time together because the two have a great chemistry from their other movie; DAYS OF THUNDER. He brings out the relaxed side of the character and it breaks up some of the heavy seriousness in the film. 4k UHD
The video is a 2160p HEVC presentation that has a great look just like the Blu-ray release. There are a variety of scenes with both daytime and nighttime. So when seeing most of the daytime scenes, the coloring is beautiful. This is especially during the opening scene to make it feel more inviting and relaxing before the chaos happens. The daytime scenes look somewhat cooler and the skin tones cool slightly. The blacks are deep and dark with some insanely good contrasting. The HDR comes into play with the coloring and blacks. The details have been elevated some and the film grain is more prominent but not overdone. The details on the little things like the person making the bullets and the weathering on the rifle look excellent.

Blu-ray
The video is a 1080p AVC presentation and it has always looked incredible. The 4k UHD has some upgrades that clean up the video some but this has always been a highly rated transfer. The blacks, colors, and contrasting make the HD one of the best out there. 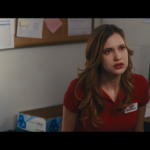 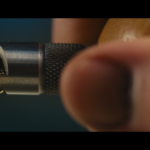 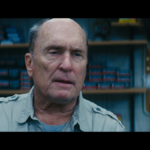 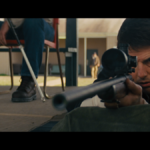 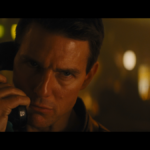 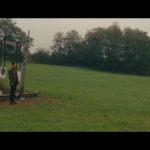 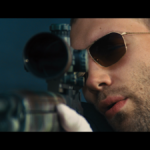 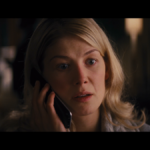 The audio for both the 4k UHD and Blu-ray is a lossless DTS-HD Master Audio 7.1 mix. This is a busy mix with well-prioritized dialogue, effects, and music. The opening “incident” has reverberating shots with the proper delay and movement. This is the same for any of the scenes with sniper fire. The end scene has the best example of this with gunfire coming from everywhere in the rock quarry. The classic cars and larger vehicles use the LFEs for the rumbling engines and even the smaller ones have a nice purr to them. -When the Man Comes Around: This is an in-depth look at making the movie from inception to screen. The extra is close to 30-mins long.

-You Do Not Mess with Jack Reacher – Combat & Weapons:This is a deceiving extra and it’s not what you expect about the weapons.

-The Reacher Phenomenon: The author, Lee Child speaks about the character and the popularity of the books. JACK REACHER is a good drama movie with peppered in action. The story is consistent in moving with no lulls or slow points. Some people don’t like him in this role but Tom Cruise pulls it off. The video has some definite upticks in details and contrasting plus some stronger coloring. The audio is the same as the previously released Blu-ray and it surprised me with a movie like this with such a strong mix, why not do a Dolby Atmos track? It’s a missed opportunity for sure. The extras are very good with a decent amount of info about the movie and the character directly from the author. Overall, I say of you are a fan of the movie or don’t own it, pick this one up. It’s a solid movie and release.