Baruch is the son of a rabbi but he wants to be a part of the theater. He runs off to pursue his dream in Vienna and meets a woman. She is an archduchess and she ends up having strong feelings for him. Those feelings make her want to pave the way for his career but Baruch is in a predicament. He knows that he has to resolve the feelings he has for religion before he can fully commit to his future.

Ewald André DuPont or E.A. is the director of this silent film from 1923. He was a Jewish director from Germany and dabbled in Hollywood with many different titles over his career. This movie was released towards the end of the silent film era and it still managed to make its mark in cinematic history with its intriguing story. Its the age-old struggle of children wanting to please their families but having this yearning to want to make their mark in something that fuels their own passion. A modern film that reminds me of this is DEAD POETS SOCIETY. One part of the plot is a boy who wants to do right in his father’s eye but has different aspirations that his father will never understand.

As for the painstaking process of restoring this movie, Flicker Alley sourced the film from the Deutsche Kinemathek with support from the Sunrise Foundation for Education and the Arts. Here is what Flicker Alley has said about bringing all of these parts together:

“After first reconstructing the film in 1984, the Deutsche Kinemathek found the censor’s certificate with the text of the original title cards. This provided the impetus for a worldwide search for all the surviving film elements and a new, digital restoration – which drew upon nitrate prints in five different languages held in archives across Europe and the United States. With the censor’s certificate, the restoration team from the Deutsche Kinemathek could accurately reconstruct the intertitles as well the correct editing. The color scheme is based on two nitrate prints nearly identical in their tinting and toning. The restored version closely corresponds to the original German theatrical release, both in its length and digitally simulated color.”

As with most of Flicker Alley’s releases, this is the most complete version of the film Sind 1923. Now, that is how you restore a film. The video is a 1080p AVC presentation that has been beautifully restored. Both the moving and still images look the best they ever have. You can clearly see the painstaking process of piecing this film together to make it whole again. The lines are sharp and the contrasting is impressive. The coloring in the stock are a sepia, blue, and pink that have a solid coloring to them. The dark shadows and blacks aren’t deep but they help the contrasting. 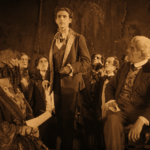 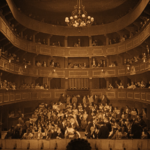 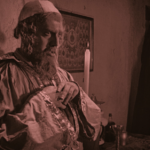 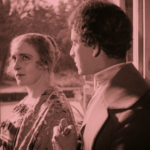 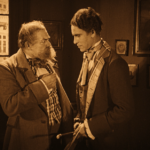 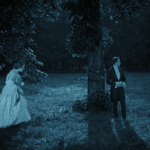 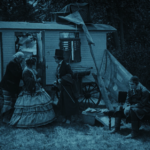 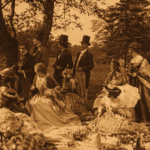 The audio is a LPCM 2.0 mix that has all the grace that an orchestra adds to a film like this. The majority or lead instrument arena the strings section with a violin. There are some good LFEs from the lower registering instruments and overall, it is superb. -Der Film im Film (Germany-1923): This is a documentary about the film’s production and the directors of that time period in Germany.

-Insights into the Restoration: This extra shows how the various sources and restoration was accomplished.

-Image Slideshow: These are stills and materials from then.

-Essays on The Ancient Law: There are two essays in the included booklet about the film by film historian Cynthia Walk and Head of Audiovisual Collections at Deutsche Kinemathek, Daniel Meiller.

-Notes on the Film Music: These are intros to the scores on the release. THE ANCIENT LAWS is a beautifully done film with a timeless story. It is interesting to see that no matter the time period or location, the want of doing something on your own vs family traditions is tough. The film has been cleaned up and you can see the dedication of making this available for audiences forever in every frame. The audio is always a wonderful touch to bring some depth to the presentation. The extras, including the other short film, work for this release. I can easily recommend adding this gem to your collection.