In the Red Sea, a Chinese cargo ship has been boarded and overrun by Somali pirates. There is a ship from the Chinese navy with the Jiaolong Assault Team on board and called into action. The 8-person squad is trained to handle major issues like this and in this situation; there are two snipers in a helicopter for over watch of their crew. After the pirates on the ship have been neutralized, the chopper has to take out the leader in a small boat before it reaches Somali waters. The helicopter takes a lot of gunfire and one of the snipers takes a bullet to the spine. A replacement sniper has been brought on and he is known to be one of the best. Around the same time in Yewire, a civil war is ravaging the area and there are some Chinese citizens who have to be evacuated so the team is called in to get them out.

The director is Dante Lam and he has a few films in the same genre that he has worked on in the past. In this, there is the main plot of getting the civilians out of the country but there is also the subplot of a rich company man who has been getting ingredients to make dirty bombs. There is a journalist who is uncovers this information and it feels shoe-horned into a movie that doesn’t really need it. There is more than enough going on without it.

As far as the action goes, there is plenty of solid action and great tactical choreography that puts you right into the scenes. Some of the best action happens during a tense firefight in the desert and they employ some effects like bullet-time. One minor issue I have is that the opening introduces everyone quickly and because there are so many characters, it is a little hard to follow everyone’s names. They aren’t that important to follow the movie unless someone is specifically referenced. The video is a 1080p AVC presentation that is clearly from a digital source. Most of it has been green screened but it is easy to tell that this was filmed with digital cameras. The coloring is brilliant on the sea and realistic from then on. The tone of the coloring goes to a tan hue once they arrive in Yewire. The images always look clean and this is especially seen in the opening. The white ship creates some sharp contrasting with the team in black and the blue sea in the background. Even the scenes in the Middle East have great contrasting with the team in the tactical gear. The images also have sharp details. The textures in the terrain and clothing are easy to see. Also facial lines, grit, and wounds are visible. The blacks are very dark on both the gear and the shadow areas in some of the scenes. 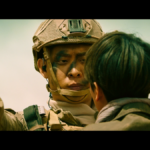 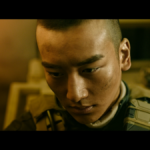 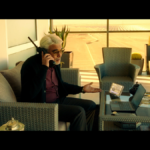 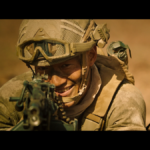 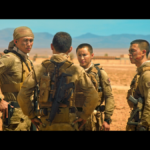 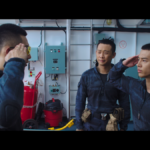 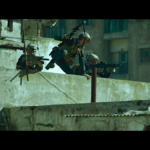 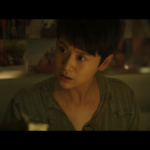 The audio is a DTS:x mix but defaults to a DTS-HD Master Audio 7.1 mix depending on your equipment. The overhead speakers are alive with the sound movement from the action. Sound is constantly panning in the surround speakers from the way the movie is filmed. Cameras tend to move in “big actions” like something out of a Michael Bay movie so the sound is constantly moving. Gunfire and bullets also move in all of the speakers. The LFEs have some heavy hits with the abundance of explosions and gunfire. The voices are clear and properly prioritized over the score as well as effects. OPERATION RED SEA is, at its core, a well-done action movie. There are constant beats of activity and it isn’t always the same stuff over and over. It actually evolves from the opening scene and goes bigger until the credits roll. The plot could do with some tightening up but it is only minor stuff. The Blu-ray looks outstanding and has a very strong mix that match up with the tone of the movie. The extras are not great with only some trailers and deleted scenes. As a whole, I would say check this movie out if you enjoy tactical squad films or action movies.