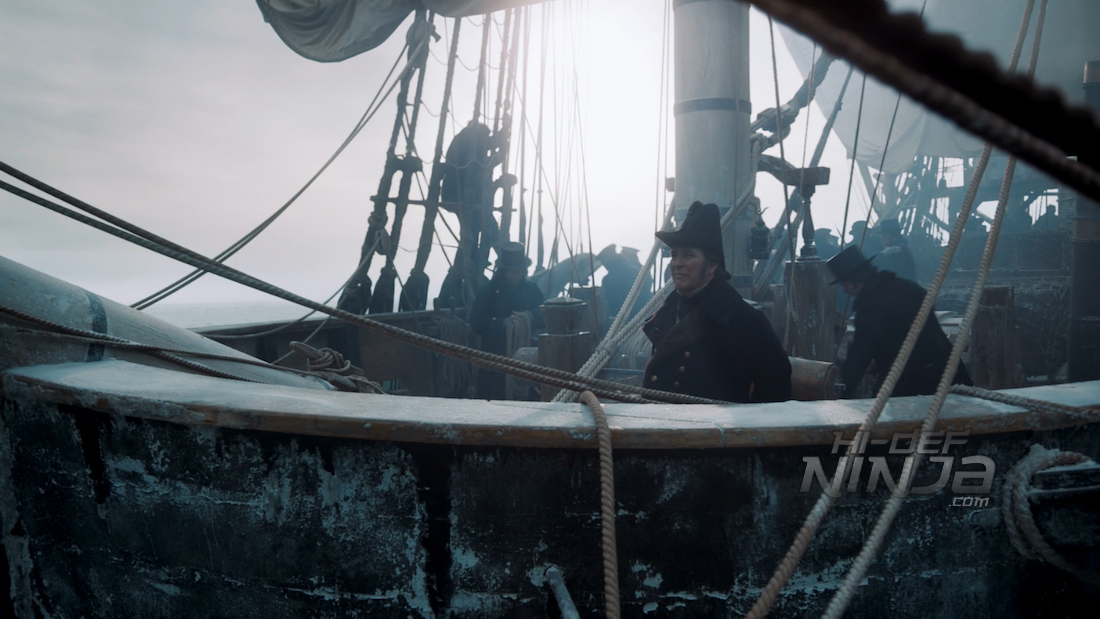 In 1845, two Royal Navy ships left England in an attempt to finally discover a navigable passage through the Arctic. They were the most technologically advanced ships of their day.

They were last seen by European whalers in Baffin Bay awaiting good conditions to enter the Arctic labyrinth.

Both ships then vanished…

The crews of both ships are about to venture into the great unknown and in some of the worst conditions imaginable even today. The AMC show, THE TERROR, is the fictionalized account of the expedition in Dan Simmons’ 2007 best-selling novel of the exposition of the Northwest Passage. The show conveys just how harsh this expedition most likely was with the frigid temperatures, breaking ice with ships that don’t have the ability to rip through ice like more modern ships.

The show is incredibly interesting for those who love history mixed with drama. It’s really something to see what they used to map out these areas but also the early tech like the diving gear to clear ice and check the ship on the fly. The cast is a stellar collective of some dramatic greats like Jared Harris and Ciarán Hinds. The supernatural element of the show is also really interesting with the writers doing a lot of research on the indigenous Inuit people. 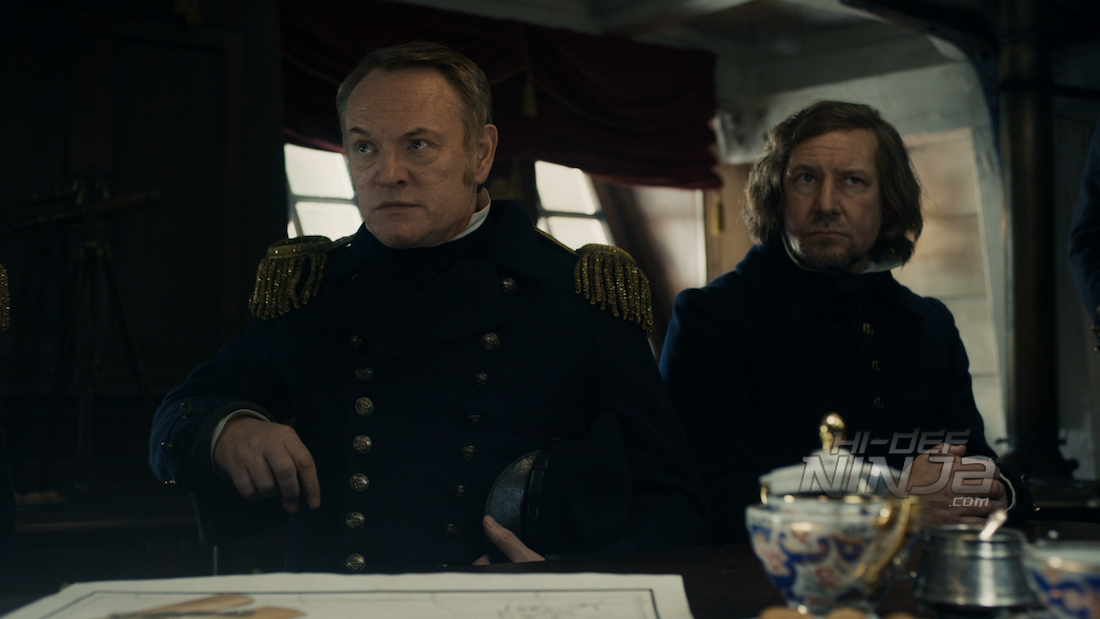 The video is a 1080p AVC presentation that has a darker, cool tone to it for the majority of the season. This gives a feeling of the bleak and desolate place that these sailors have found themselves in. Almost like they will never feel warmth again. The contradiction to this is there are a few scenes prior to the expedition where the picture is a little warmer but these are mostly memories. There is a nice grain on the video that gives a vintage look to the series. Details are there but sometimes struggle to reach the surface. 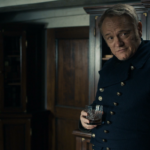 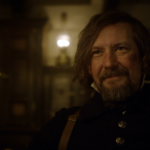 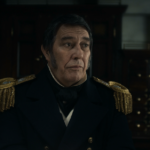 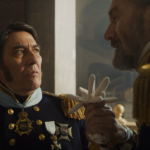 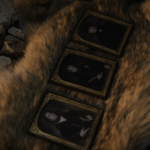 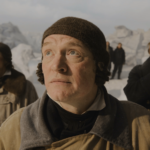 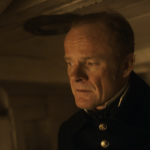 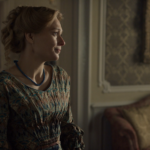 The audio is a Dolby TrueHD 5.1 mix. It shows off some of the great environmental effects from the ships moaning as they slowly move through the ice. The whipping winds move across the speakers when there is an outdoor scene. When below deck, there is a small, echoing and it gives off this feeling of claustrophobia with even less good air. Other effects also have a great sound to them. Dialogue is clean and well prioritized. 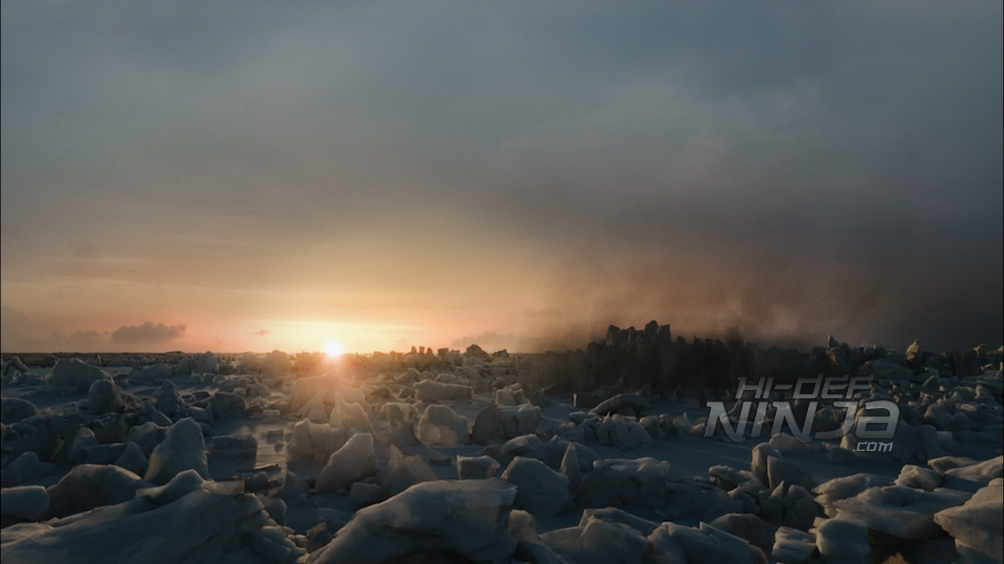 -A Look at the Characters: This quickly looks at the characters in the show.

-A Look at the Series: This overview of the season but without giving away the plot points.

-Ridley Scott on THE TERROR: The exec talks about the show. 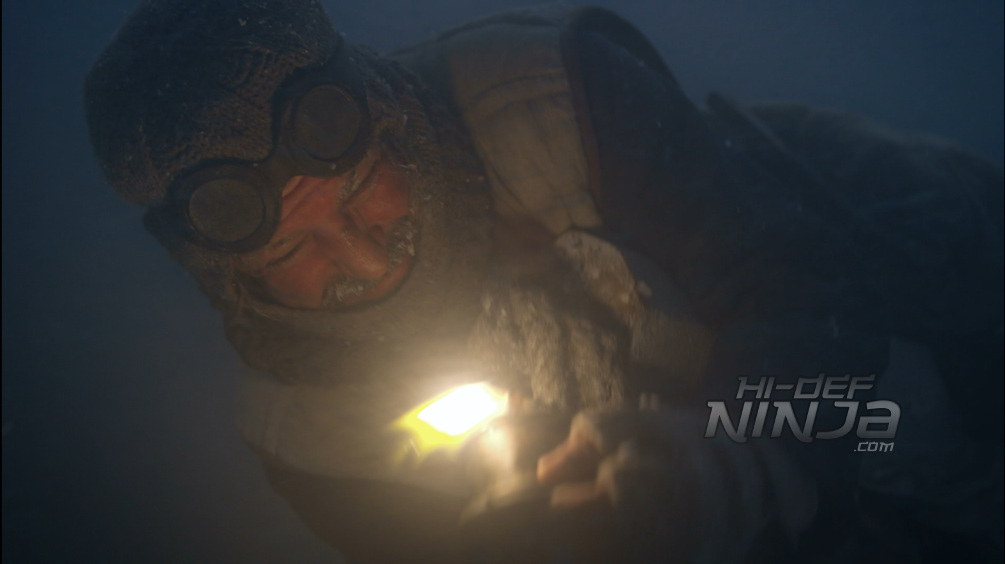 This is a really strong first season and like I said, it’s definitely a period show with these really cool supernatural elements. The look is spot on and immersive. The Blu-ray has an excellent transfer and a very strong audio mix. The supplements could use some bulking up especially because there are so many things that I would like to know about the series. Overall, this is worth picking up for the fans and people who want to get into a solid series before the next season.