Lego Teams Up with Blizzard Entertainment for Overwatch Sets

This past weekend at BlizzCon in Anaheim LEGO® revealed their highly anticipated Overwatch® sets based on the internationally acclaimed team-based action game. The first wave of sets were officially revealed at a panel with LEGO Overwatch Designer Woon Tze Chee at Blizzcon and feature fan favorite characters from the game.

Take a look below at images and information on the sets below. The first wave of sets will go on sale January 1, 2019 but are already available for pre-order. More information is available at LEGO.com/Overwatch.

Tracer vs. Widowmaker (75970)
129 Pieces
Price: $14.99
Immerse your favorite Overwatch® fan in epic missions with this LEGO® Overwatch Tracer vs. Widowmaker set. Based on drone satellite from the Watchpoint: Gibraltar map where Overwatch heroes Tracer and Widowmaker battle for control of the payload. Satellite drone payload vehicle features a hidden cockpit with computer detailing, opening rear hold, a removable drone ‘brain’ element and a health pack for added play. Also features a checkpoint disc. Includes Tracer minifigure and her twin Pulse Pistols and Widowmaker minifigure along with her Widow’s Kiss weapon. This set combines with the Watchpoint: Gibraltar set (75975) to create even more exciting Overwatch® hero action! 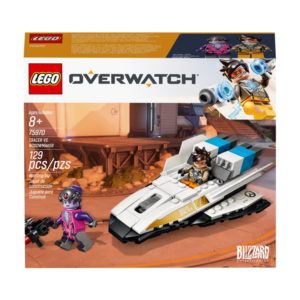 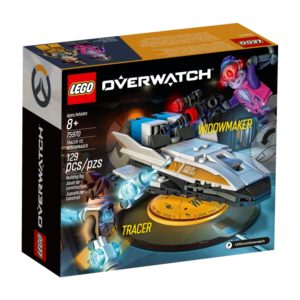 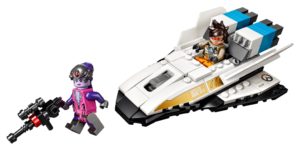 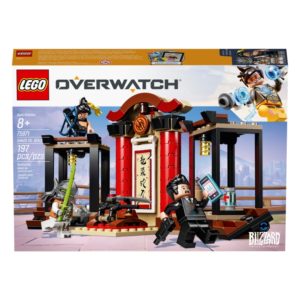 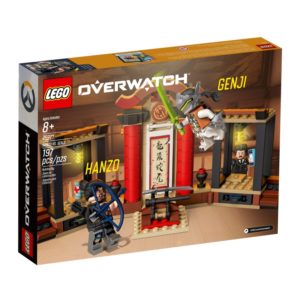 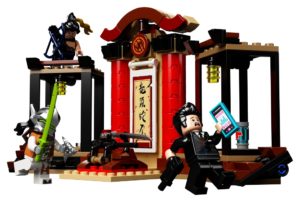 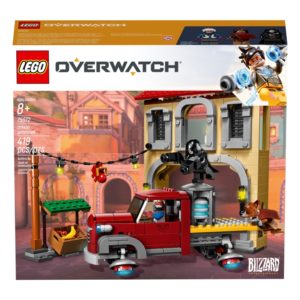 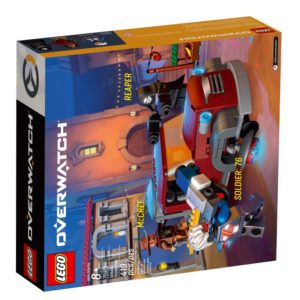 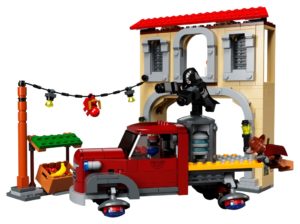 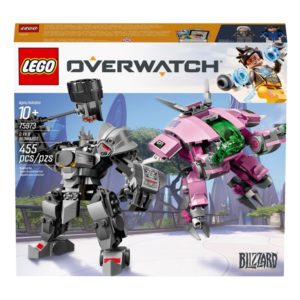 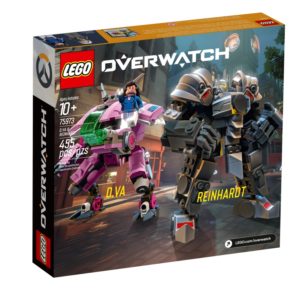 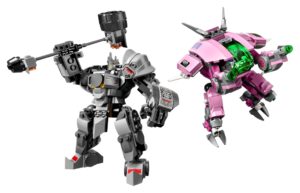 Bastion (75974)
602 pieces
$49.99
One of the most recognizable Overwatch characters, this buildable toy display model can be configured from recon mode to sentry mode without any rebuilding! Reconfigure the Bastion toy from recon to sentry mode—no rebuilding required! Fans will love the realistic detail of this Overwatch toy and will want to display it near their gaming setup—an Overwatch collectible for every fan! Overwatch® character weapons include Bastion’s gun and minigun. 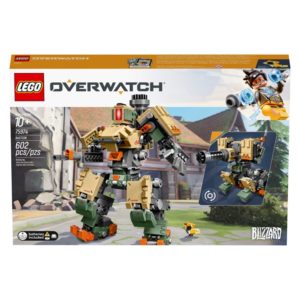 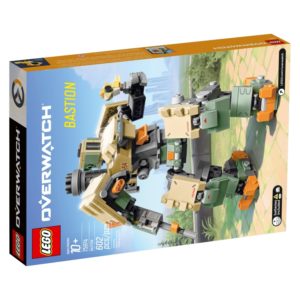 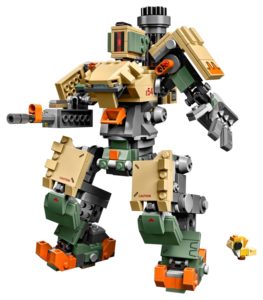 Watchpoint: Gibraltar (75975)
730 pieces
$89.99
The ultimate Watchpoint: Gibraltar set with Mercy, Reaper, Winston and Pharah from the game’s most popular map. The building set features an Overwatch rocket that splits into 2 separate rockets with a cockpit in each. The smaller rocket features a trunk big enough for big figure Winston, plus bananas and peanut butter jar elements. Features launch pad that supports the rocket in the vertical position just like in the Watchpoint: Gibraltar map and includes 3 Overwatch characters including Pharah with her Rocket Launcher, Mercy with her Caduceus Staff and Blaster, Reaper with his twin Hellfire Shotguns, and a Winston big figure with his Tesla Cannon. 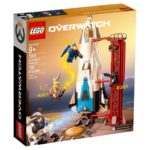 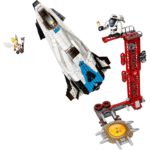 At BlizzCon, the LEGO Group also revealed a nine-foot tall LEGO Overwatch D.Va model. The model, depicting D.Va (in LEGO minifigure form) and her mech, is made of over 145,276 LEGO elements including 43,853 pink bricks, weighs over 1,200 pounds, and stands at over 9 feet tall. 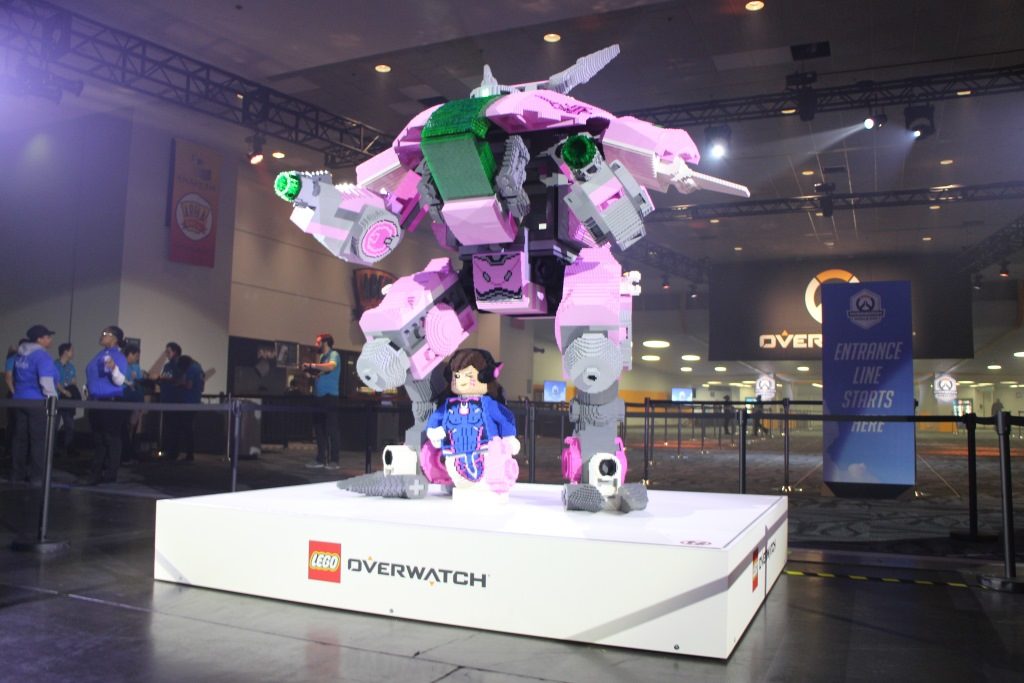 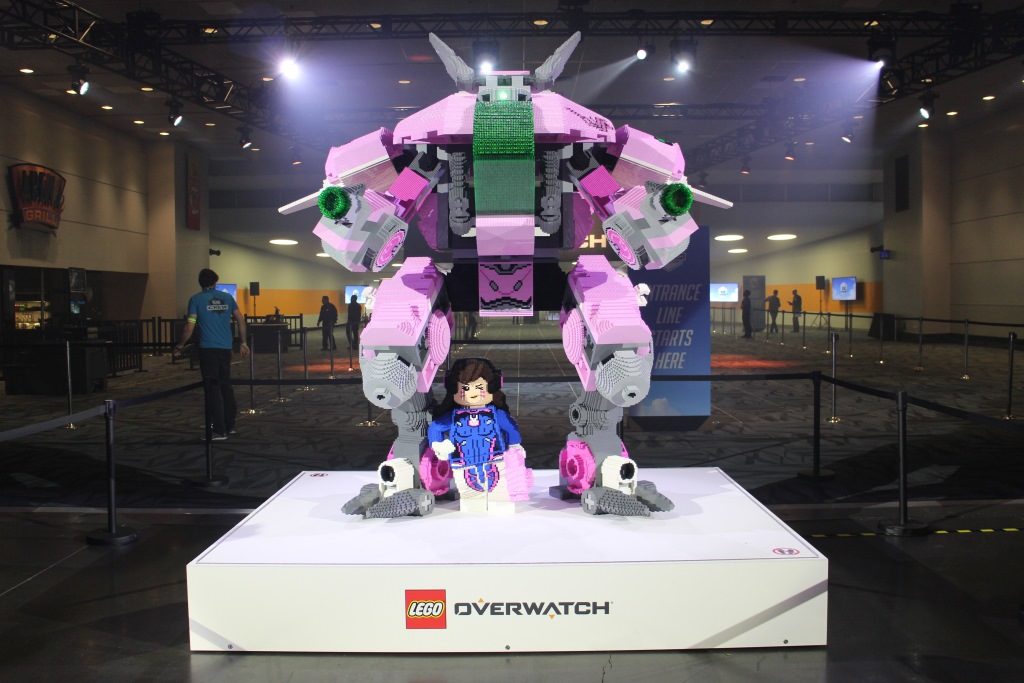 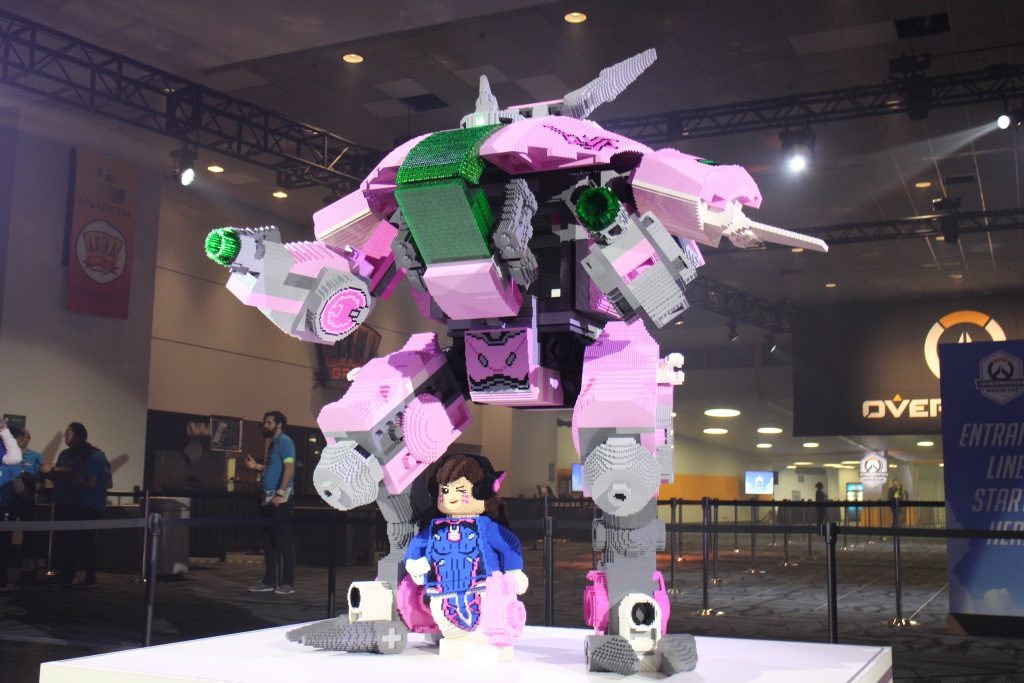 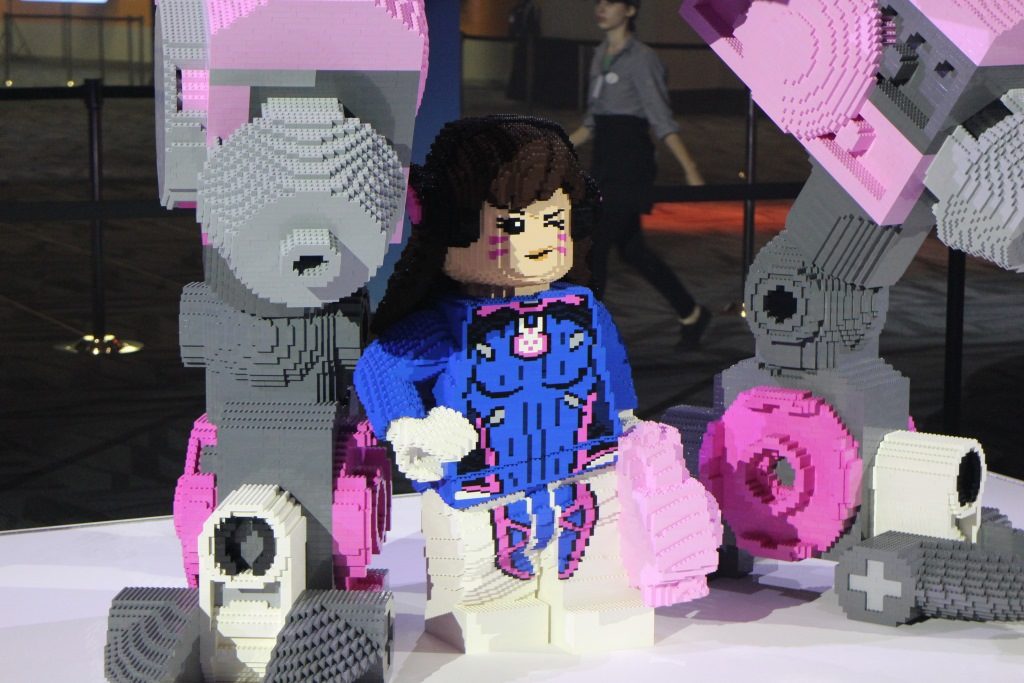 Check out a time-lapse of it being built below:

See an Overwatch icon (and her magnificent mech) reimagined as a giant LEGO model for BlizzCon 2018! Love, D.Va. ??