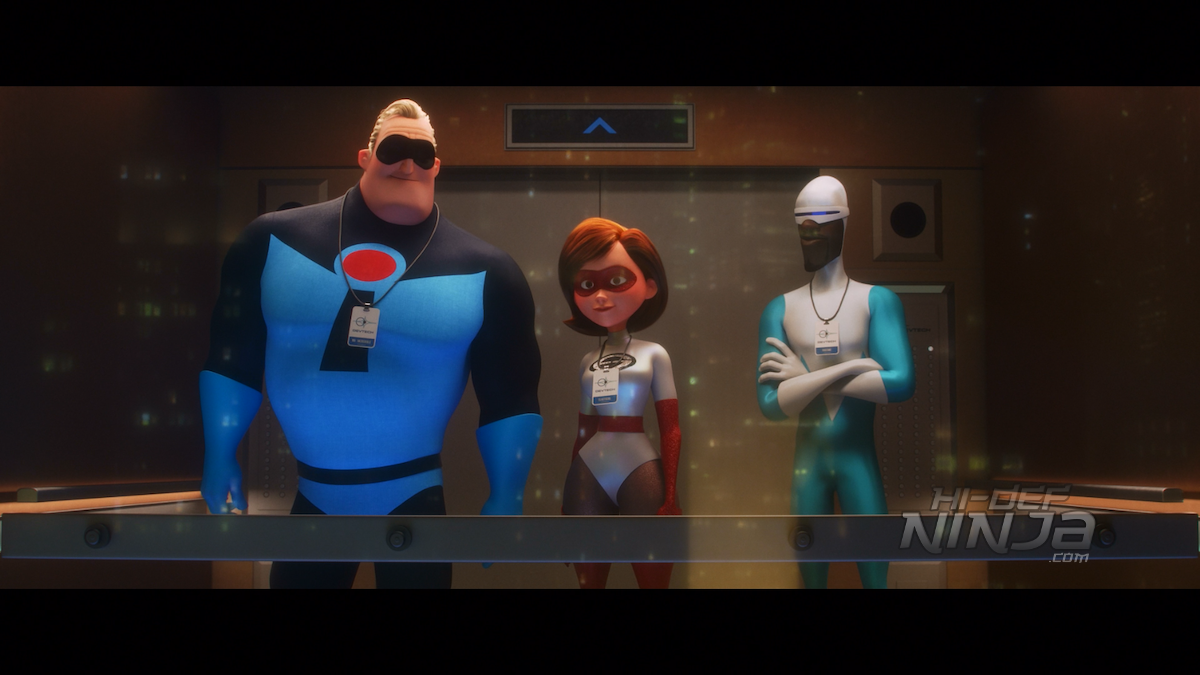 Taking off right where the first film left off, The Parr’s or The Incredibles, along with Frozone (Lucius), are going up against The Underminer. After a long battle across the city, the criminal escapes and the team is blamed for the destruction. This then makes the government cancel the Superhero Relocation Program. This means that The Parr’s have to live in a hotel until they can figure out their next move. Lucius tells Bob and Helen that someone at a company called DevTech wants to speak with them. Winston Deavor and his sister Evelyn want to clean up the image of the superheroes. They need to first get some good publicity and then they can reverse the law about supers. Instead of Bob working with the company, Helen will work as Elastigirl with a new suit and equipment with Bob taking care of things at home.

INCREDIBLES 2 is written and directed by Brad Bird. He is the creative mind behind the first film as well as THE IRON GIANT and MISSION IMPOSSIBLE: GHOST PROTOCOL. This movie is very much in the same style as the first with some futuristic technologies or “Retro-Futurism” mixed with the 1950’s time. Cars, decor, and even the shows on TV solidify the time period.

This movie definitely has the idea of “bigger is better” but it still remains grounded. What I mean is that the animation has improved in 14 years since the first movie was released. There is a lot more happening in the background and, of course, the animation is a lot smoother. Everything just looks beautifully rendered to a point that even the trivial items have been thought about. 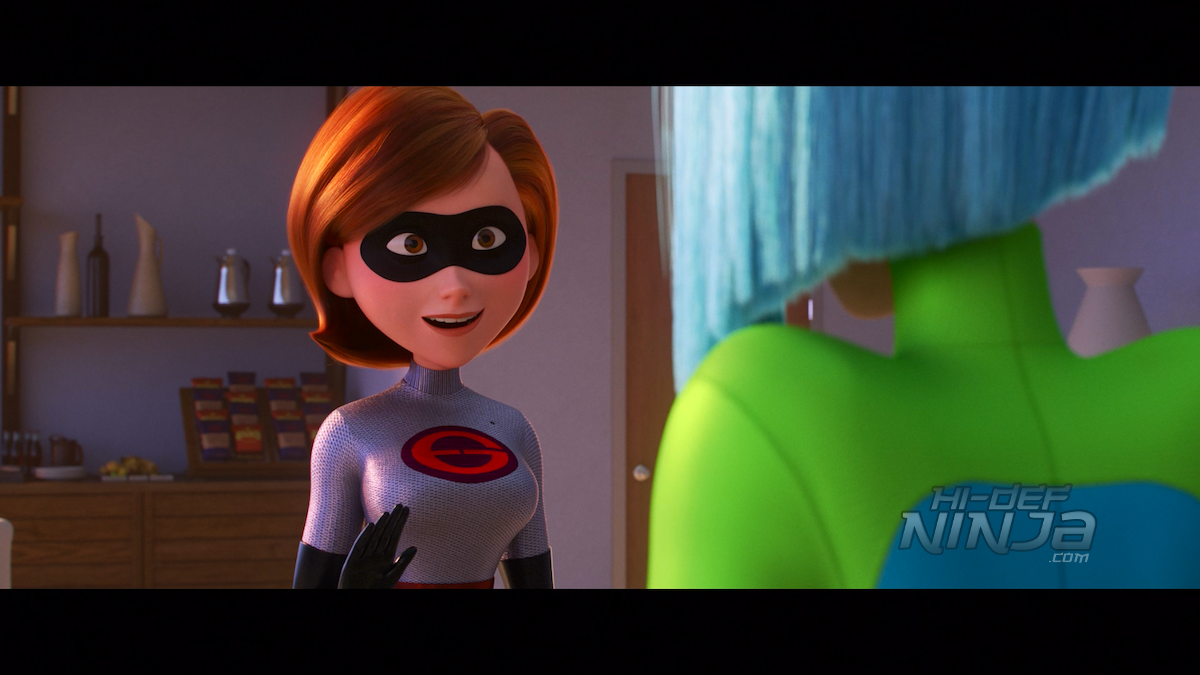 The video is a 1080p AVC presentation that looks stunning. Animation on Blu-ray typically looks great but digitally rendered animated movies tend to raise that bar. The lines and details are incredibly clean with every intricacy able to be seen easily. Fabrics such as Elastigirl’s new costume have textures that stand out like the animators wanted to be sure to show a little more glamour than the Edna design. The masks that The Parr’s wear don’t look flush with the skin anymore and have some fine details of their own. Coloring is bold at all times. One thing the animators loved to do using the lighting at sunset with vibrant reds and oranges in the sky. Blacks are dark and inky in places but there are a few spots contrasting ticks. 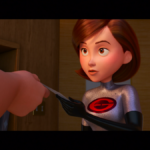 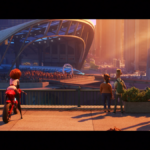 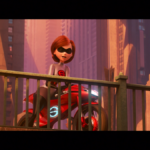 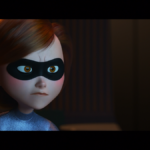 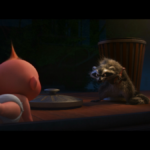 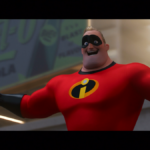 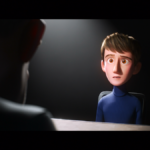 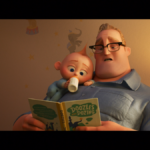 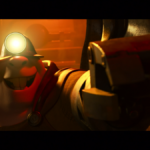 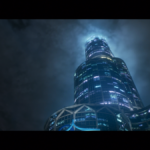 The audio is a DTS-HD Master Audio 7.1 mix but defaults to the DTS-HD HR 5.1 mix. I accidentally watched around the first 15 minutes in the HR mix but changed it when I realized my error. To my surprise, both mixes have the lowered volume issue that Disney seems to be making the new normal. After the volume has been adjusted, the audio really has plenty happening with it all at one time. The score helps to set the tone of the time period with a lot of horns blaring with excitement. Sound effects are constantly showing the movement of people and objects on the screen. Faster movements of Mr. Incredible riding on The Underminer’s drill and Elastigirl’s cycle give the feeling of objects moving from the front to the rear. LFEs are powerful in the subwoofer and the bass from the other channels. The voices have been mixed well and properly prioritized. 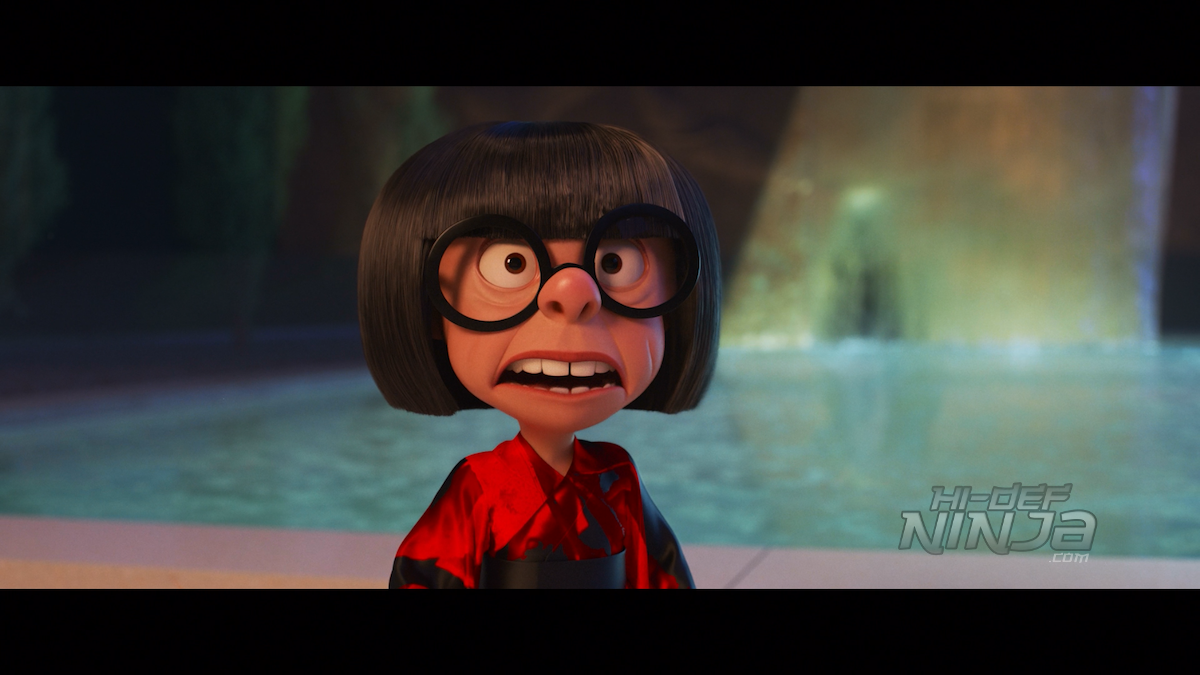 -Paths to Pixar: Everyday Heroes: This is the crew discussing family.

-Heroes & Villains: The cast and crew discuss the various characters in the film. It is separated by the characters.

-Vintage Features: This has the songs and commercials from the original trio of Supers. 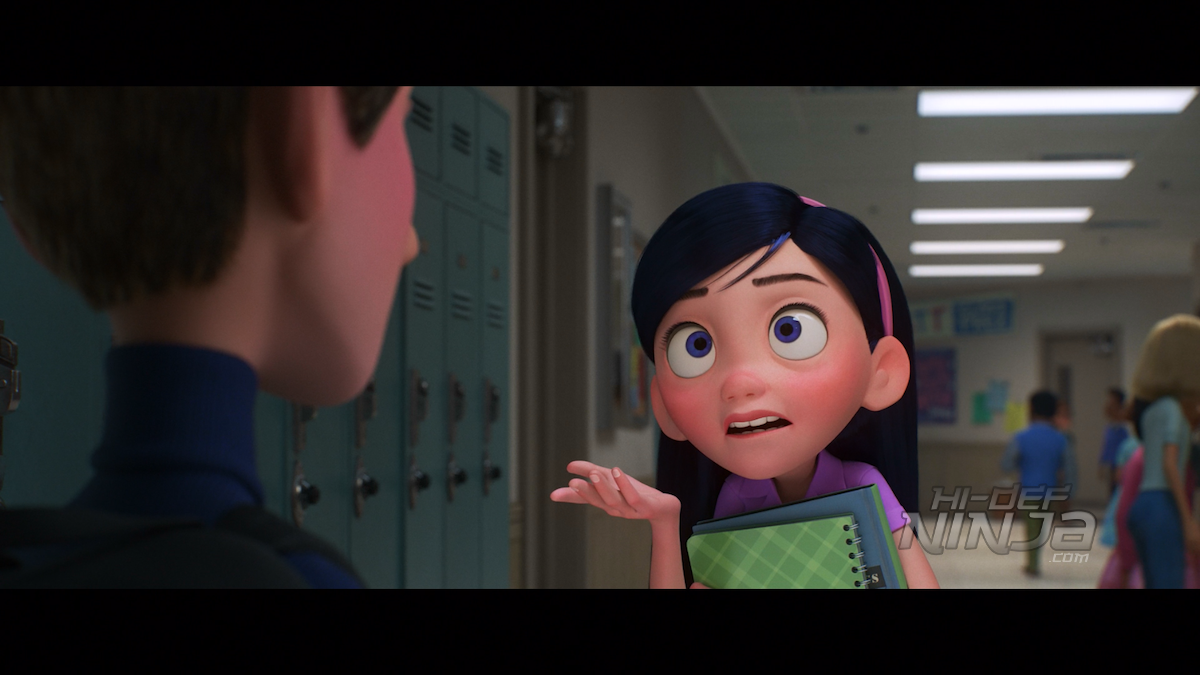 INCREDIBLES 2 doubles down on the first film with a great story, new characters, beautiful animation, and just a lot of fun. Like the original, it’s a great take on superheroes and how they have the need to do the right thing. The Blu-ray looks spectacular with so much beauty and crisp images. The audio is great but I will admit that I’m not sure why they didn’t go with the Dolby Atmos mix. Plus there is the volume issue but the fix is to just turn it up higher than normal. The extras are excellent with a lot of content and the smart decision to include an extras disc for them. It’s an easy decision to pick this up whether you are a fan of the series, you had the chance to screen it in the theaters or just making a blind buy. I highly recommend it.