MAN OF THE PEOPLE Out Now On DVD

Hollywood heavy Joseph Calleia takes a different kind of role and headlines as a good guy up against the mob in this crackling crime drama. Borrowing a bit of Warner Bros.’ “ripped from the headlines” sensibility, Metro-Goldwyn-Mayer utilizes their deep bench of quality contract players to great effect in this tale of corruption and crusading in New York’s Little Italy. Italian-born lawyer Jack Moreno (Calleia) attempts to set up an honest practice in his childhood neighborhood, only to find his way stymied by the local machine. Unable to beat them, Jack joins them and rises to assistant district attorney thanks to their string- pulling. When Jack balks at reducing a murder charge for one of the mob’s men, he severs relations and runs for district attorney, only to be sabotaged by the racketeers.

Purchase MAN OF THE PEOPLE On DVD Today 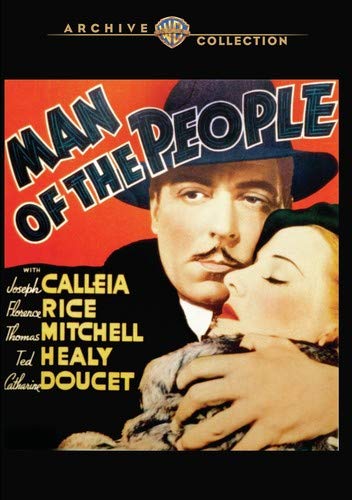