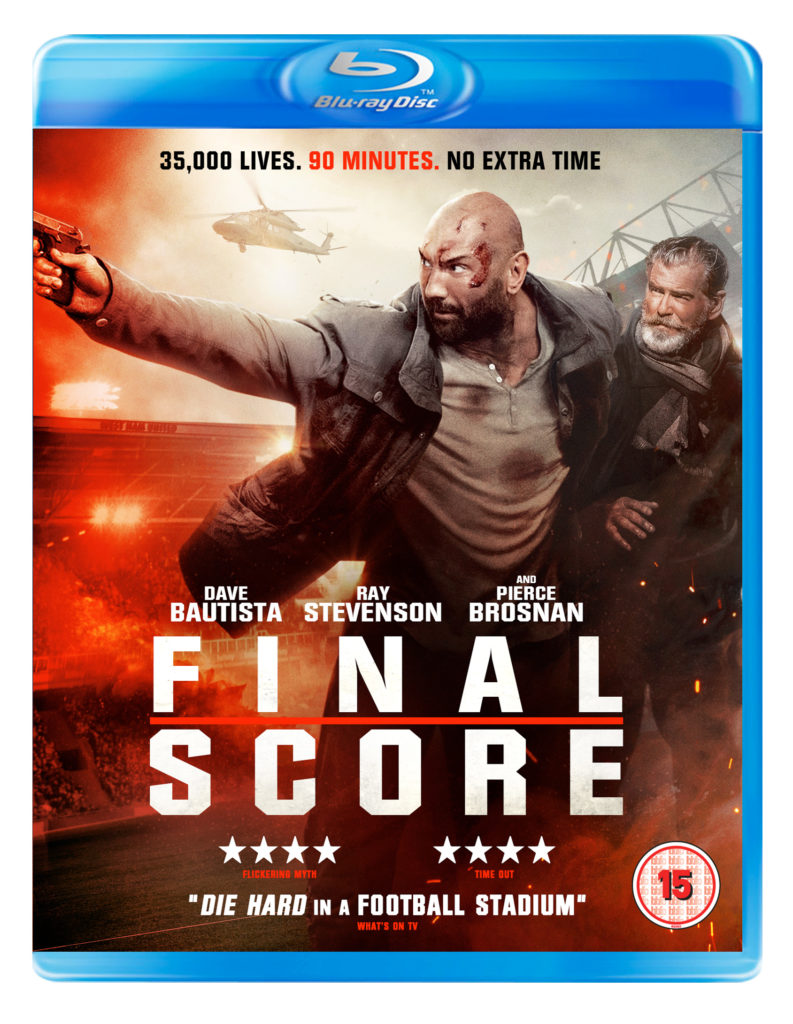 It’s Die Hard in a football stadium when an ex-soldier (Dave Bautista, Guardians of the Galaxy) must use all his lethal fighting skills to save 35,000 fans and prevent mass destruction when deadly Russian terrorists take Upton Park under siege in the Sky Original’s film, Final Score.

Believing his traitorous brother Dimitri (Pierce Brosnan, Goldeneye) is somewhere in the stadium, Arkady (Ray Stevenson, Thor trilogy), the former leader of a revolution in the Russian state of Sukovia, locks down the Boleyn Ground during the European semi-final between West Ham United and Dynamo FCC. In the crowd with his niece, Danni (Lara Peake), is US- veteran Mike Knox (Bautista), who stumbles upon the plot and goes about taking out Arkady’s heavily armed team. Can he get to Arkady before Arkady gets to Dimitri? The fate of 35,000 people inside the stadium – and many more in Russia – depends on it…

To be in with a chance of winning one of three Blu-rays simply reply below with if an answer to the following – We’ve had Die Hard, we’ve had Sudden Death and now Final Score. If you were in charge, what scenario would you run with and who would star in it?

Winners will be picked at random and contacted via their email address. UK addresses only