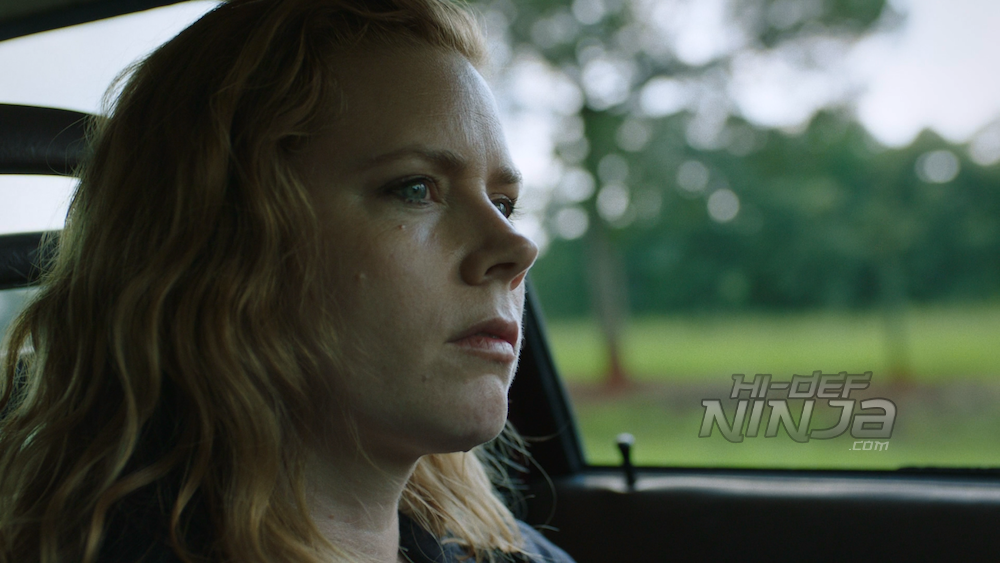 Camile Preaker lives in St. Louis and works for the paper there. Her editor sends her to her hometown in Wind Gap, MO to investigate two girls being abducted. She is dreading going home and seeing things that will dredge up feelings that she has had since she was a child. Her mother, Adora, is incredibly surprised when her daughter comes home but it isn’t clear if coming home was such a good idea.

SHARP OBJECTS is based on the Gillian Flynn’s debut novel of the same name. It has been created by Marti Noxon. She has produced other series such as BUFFY THE VAMPIRE SLAYER and MAD MEN. The series is directed by Jean-Marc Vallée who has worked on BIG LITTLE LIES and DALLAS BUYERS CLUB. Amy Adams is in the lead role of an emotionally damaged woman and her alcoholism doesn’t help. As for the series, it has a lot of the oddness that you would expect from the author of GONE GIRL. The story didn’t take much to draw me in with the clever acting and story. 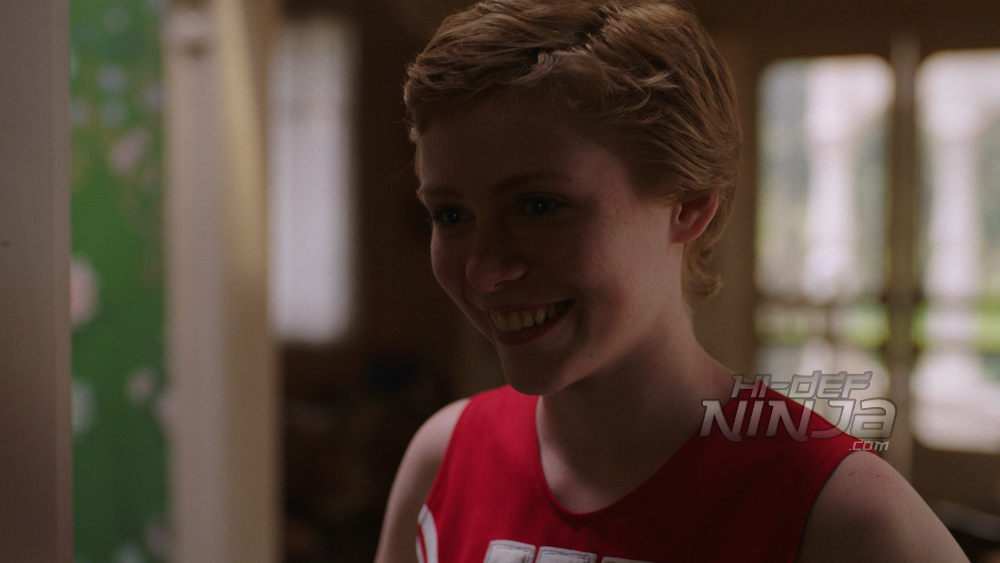 The video is a 1080p AVC presentation that has a beautiful transfer. The coloring that is brilliant in a lot of the colors but especially the greens. To show the vastness of the woods in Camille’s hometown, the green stretches on in a large area. The contrasting is perfect. The actors standing against any background can be clearly made out. This then plays into the sharp details in the images. The best examples of that are Camille’s scars and that is on her fair complexion. You can make out what they say and it adds to the insanity of this miniseries. 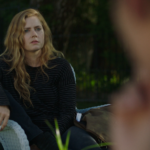 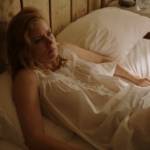 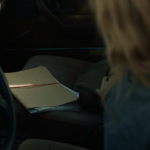 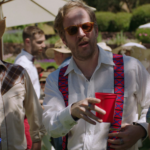 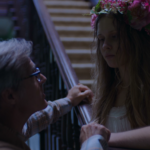 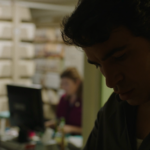 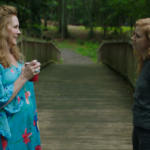 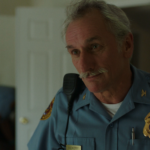 The audio is a DTS-HD Master Audio 5.1 mix that has a haunting tone to it. The music sounds clear and has been mixed well. The ambient sound of the town and the bar is immersive but the time spent outdoors floods the speakers. The insects and other animals also make the country feel like the country. Dialogue is clear and concise. 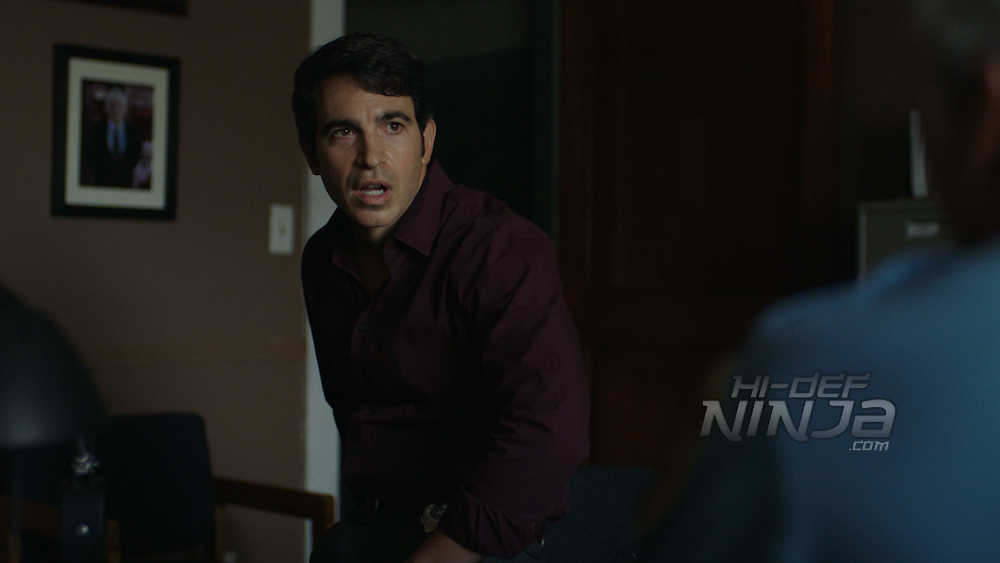 -Creating Wind Gap: This is how the production crew crated the town for the show. 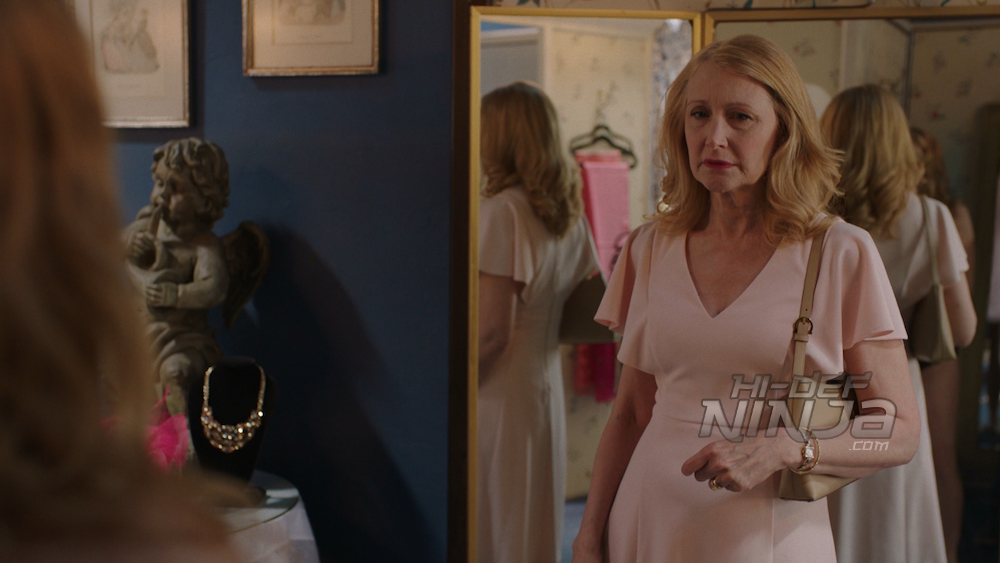 SHARP OBJECTS is a thriller that is tailor-made for the fans of Gillian Flynn and works like it. As I mentioned, it will easily draw you in and Amy Adams is incredible. The Blu-ray has a perfect audio and video transfer that HBO did a great job authoring. I would’ve loved to see a lot more in the extras area because the deeper you go with a story like that, The more satisfying the extras, the better the series can be. Overall, I highly recommend picking this up and watching it immediately.