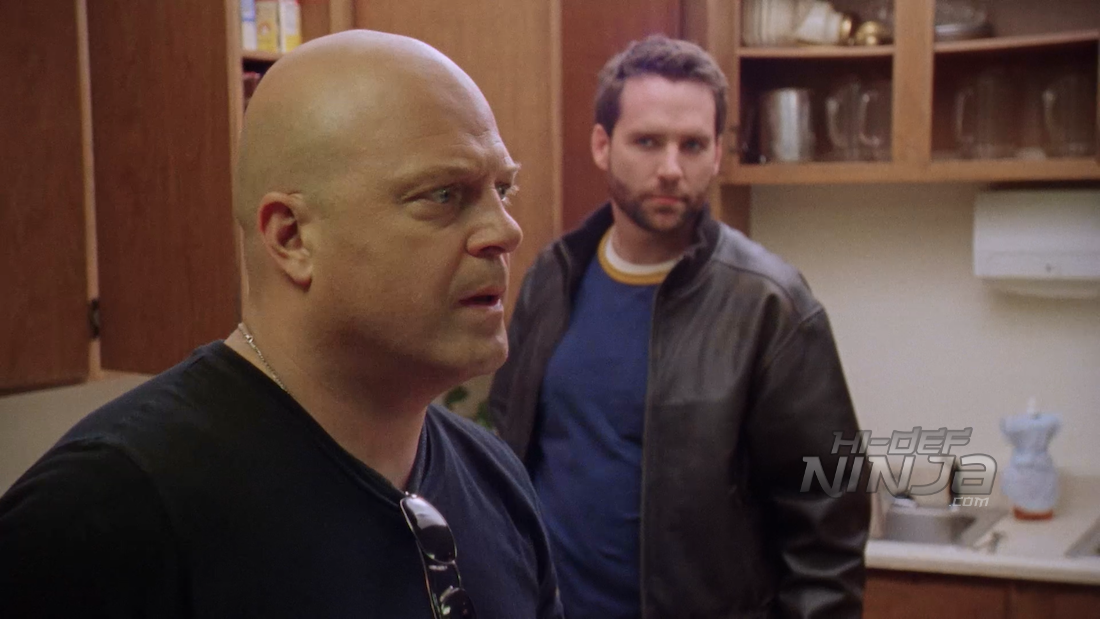 In the Farmington district in Los Angeles, there is an experimental branch of the police department to handle the neighborhood. There are problems with drugs, gangs, prostitution, murder, and violence. Their base of operations is a converted church that they call The Barn and they’re equipped to handle all of the problems in the neighborhood. Vic Mackey and his Strike Team are the cops on the street and, on the surface, they work with the local people for info, leads, and CIs for making arrests. What the team really does is bend/break the rules to manipulate both the local gangs and the department to make money plus maintain control. The other members on the team are Shane Vandrell, Curtis, Lemansky or “Lem”, and Ronnie Gardocki. The Captain, David Aceveda, wants to dissolve the team because he knows that they are playing by their own rules.

The series was created by Shawn Ryan and ran for 7 seasons of what is arguably the best police show ever on TV. There was a time where I didn’t watch television at all. I was purely into cinema and if there was a show that heard good thing about, I would pick up the first season and go from there. THE SHIELD hooked me from the jump. It is raw with grit, excellent cinematography, strong characters, and an amazing plot. Not to mention the superb acting from the entire cast. Each character has been fleshed out over the 88 episodes and by the end, you feel like you really went through something. Michael Chiklis is so good in this role. He is convincing as this emotional bull in a china shop who is trying to balance his work life with his personal life.

Now, I have a friend who used to be a cop and I’m sure what I’m about to say doesn’t apply to all police but he has repeatedly told me that this is the most authentic portrayal that he has ever seen. This is just a side note of something he always tells me when we talk about the series but it lends to the show’s authenticity. 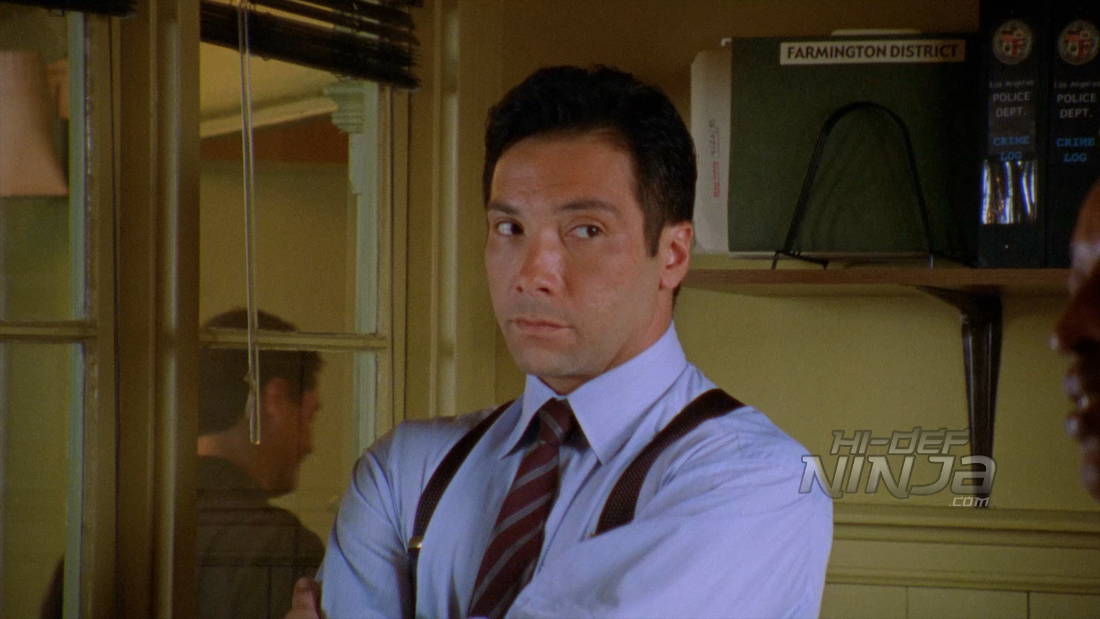 The video is a 1080p AVC presentation that looks stunning. The show has been remastered to a 4k restoration of each episode. The images have been cleaned up to look the best that ever have. The show was reformatted to widescreen for streaming due to it previously being 4×3 during the original broadcast and DVD releases. The picture, in general, has been made bolder so colors have a brilliance that wasn’t ever there before. The grain is still there so that adds to the tone that is always felt from the series. The details bring out so much in the images that have probably never been seen prior to the remaster. Skin tones are warm and natural. There are some minor contrasting ticks from the grain but this seems solely from the grain from filming. 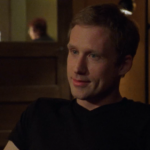 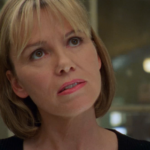 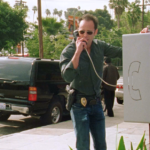 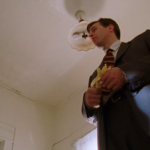 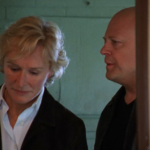 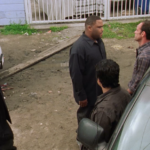 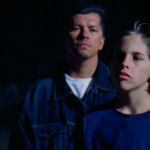 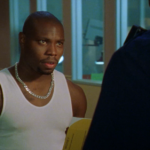 The audio is a DTS-HD Master Audio 5.1 mix and it gives this lively TV series some teeth. In Farmington, there is always something happening in the foreground and the background. The characters are constantly having conversations front and center but then you’ll hear a crowd at a scene or a helicopter fly by. Ambient sound comes off perfectly so that you never feel like a scene is empty. Some of the best constantly changing sound is when one of the cops chases someone through the streets and alleyways. They’ll cross through a market, pass a car with music playing, and by some civilians just hanging around the neighborhood. As always, the dialogue is clear and well prioritized. 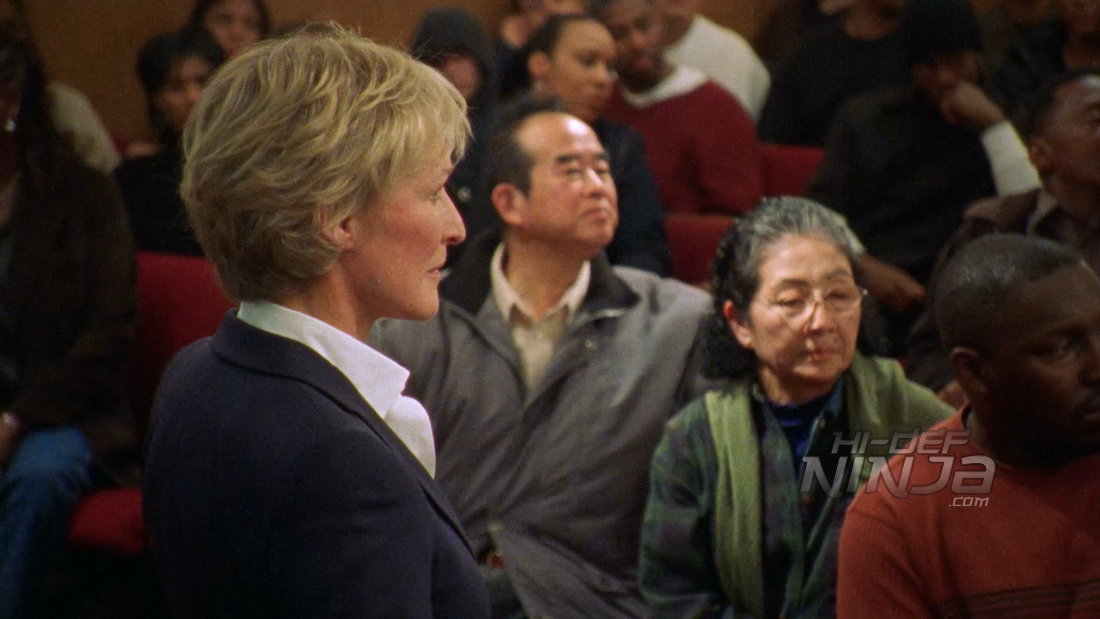 This is one of the best packaging for a TV series release to date. Mackey is on the cover and the main cast is on the magnetic flap. The book-like section inside houses the 18-disc set with a raised, gold badge on the front that lines up with the cut out to the outside. The design of the badge is the same as what you see in the credits to open the show. Each page gives the disc information along with the episode’s number and titles. 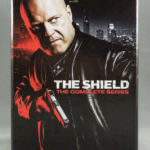 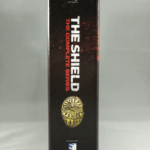 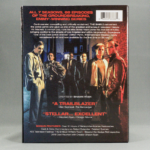 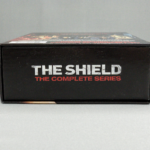 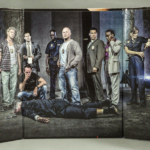 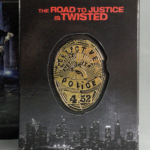 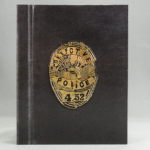 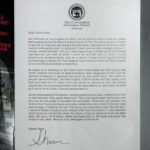 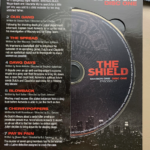 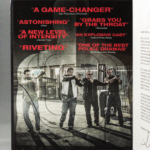 Disc 10
Cast and Crew Commentary on Every Episode
Deleted Scenes

Disc 14
Cast and Crew Commentary on Every Episode
Deleted Scenes

Disc 15
Cast and Crew Commentary on Every Episode
Deleted Scenes

Disc 17
-Crossing the Line: Go past the yellow tape to experience the inspiration and background of making the series.
Behind THE SHIELD Featurette
THE SHIELD FX Featurette
Rampart Documentary
I.A.D. Featurette

-Framing Farmington: From set design to filming to post-production, learn the steps of creating the world of the Strike Team.
Raising the Barn
Making a Scene
The Editing Room
Sound Surgery
A Place We Called Home

-Strike Team Only!: Watch auditions and interviews with the cast and crew as they pushed boundaries with each season.
Cast Auditions
Director’s Roundtable
Panel Discussion with Michael Chiklis, Forest Whitaker, and Shawn Ryan

-Scott Brazil Tribute: The patriarch of THE SHIELD, Scott Brazil was one of the first producers to join Shawn Ryan and part of the series’ DNA until his death in 2006 from Lou Gehrig’s Disease.

-Beyond the Badge Retrospective: From pilot script to Emmy and Golden Globe-winning series, THE SHIELD paved a new road in the television industry. Go in-depth with the producers, executive, and TV critics who watched the fierce, unrelenting seven-season run. 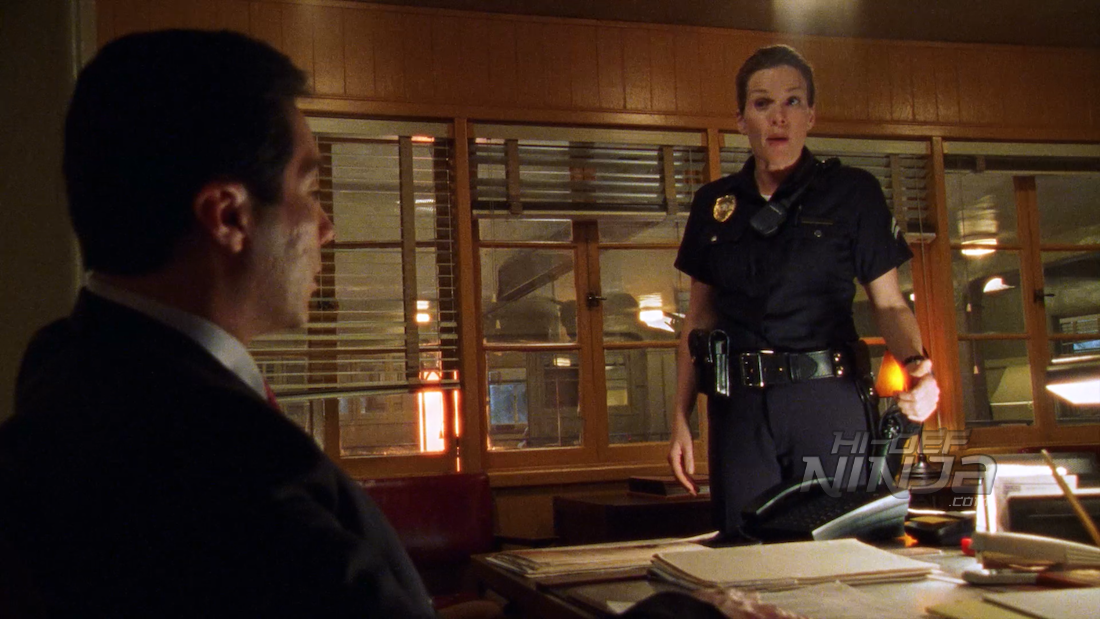 THE SHIELD is a series that is a poetic journey for Vic Mackey. Of course, it follows the other officers in the department but Mackey is the focus. As for the release itself, this is hands down the best offering of the series so far with the cleaned up picture and excellent sound. The extras included on each disc are really great but the 2 discs with all of the newer supplements are awesome. The cast reunion alone is something that every fan will want to watch. I highly recommend this definitive set to any fan or anyone interested in the series.