A review of Mezco’s 12in Alex DeLarge figure from A CLOCKWORK ORANGE! 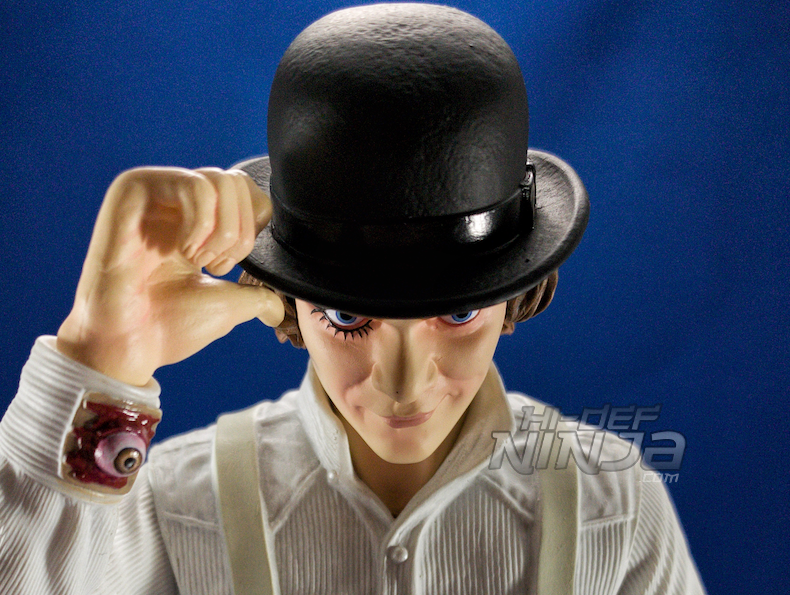 A review of Mezco's 12in Alex DeLarge figure from A CLOCKWORK ORANGE!

Mezco has released a new figure in a 12” variety of Alex DeLarge from Stanley Kubrick’s A CLOCKWORK ORANGE and this size makes him about 1:6 scale. This is the in the similar fashion as the horror figures that they have released in the past. Let’s have a look at this collectible: 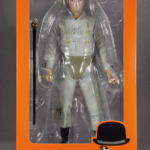 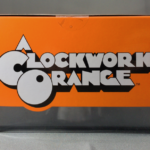 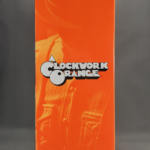 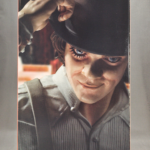 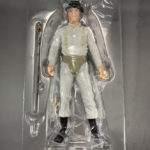 The box is a larger one to accommodate the figure and has a large window on the front so that you can see what he looks like plus the accessories. The title and logo are under the window with Alex’s classic hat with the eyelashes. The majority of the box is bright orange and on the sides is the background image of the figure with the title. The back is a color image of the figure with the title and Mezco logo. There is a slide-out plastic holder that the figure, along with the accessories, sits in. Up to his point, I’ve only had experiences with the One:12 Collective collection from Mezco so this is somewhat different. 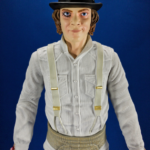 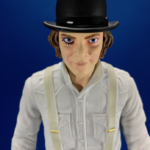 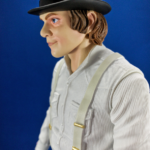 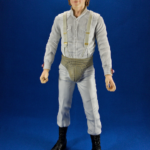 The overall design is completely in the likeness of Alex. He has the bowler hat, the suspenders, the codpiece, boots, and all-white clothing. He has on the eye makeup and that smug expression that is the character’s signature look. He also has on the brightly colored eyeball cufflinks. You can see the likeness of Malcolm McDowell in his face but this doesn’t have the sharp details to add realism. The skin tone is “rosy” to look warmer but the paint needs to be blended a little better. The better blending is done on the hands though and they look warm. The hair is a solid brown color and without hue changing colors. The brown is flat. 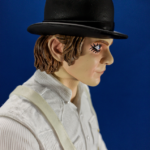 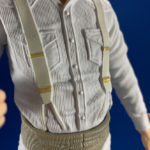 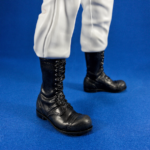 The different textures on the figure are taken into account. The hat is a matte black with a texture made to appear like wool. His shirt is ribbed in contrast to the suspenders look like elastic with small gold buckles. The codpiece is a separate, unremovable piece with accurate coloring. The pants are smooth with some bunching in the appropriate places and where they meet the boot. The boots are made to look like shiny leather and has the stitching on the separate pieces. The laces look raised to the point of looking like individual laces. The toes are weathered to look like they were have been realistically worn. It’s a really nice touch. 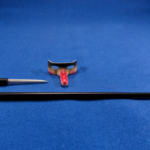 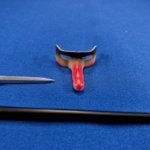 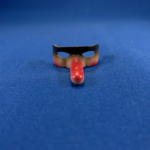 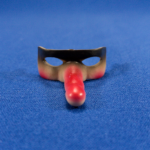 He comes with a 2-3 accessories depending on how you look at it. Included is the robbery mask and a cane with a hidden knife. Everything about the mask is right from the coloring to the shape. It clips right on to his face and stays on well. 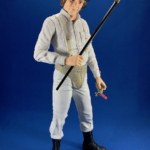 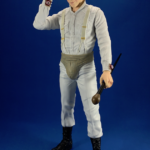 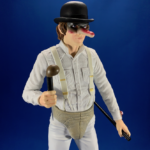 The cane is a nice glossy black with a round, bronze-colored handle. It keeps together well no matter how you have him hold it. The knife itself also works with his grip facing either direction. 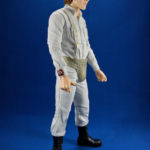 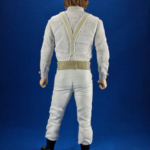 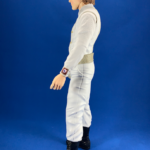 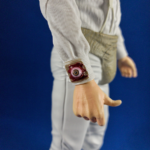 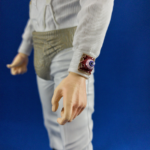 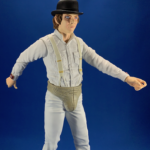 His articulation is all in the arms. They swivel full 360° at both shoulders with very little restriction. The left arm is completely straight with no bend at the elbows at all. The right arm has a swiveling elbow that makes it reach the hat for tipping, holding the cane or knife. This is meant to be more of a museum posed figure rather than a highly articulated figure from some of their other lines. His wrists swivel completely so that he can hold items. That in conjunction with the places where the arms move is how you can get a few of the poses he is known to do. 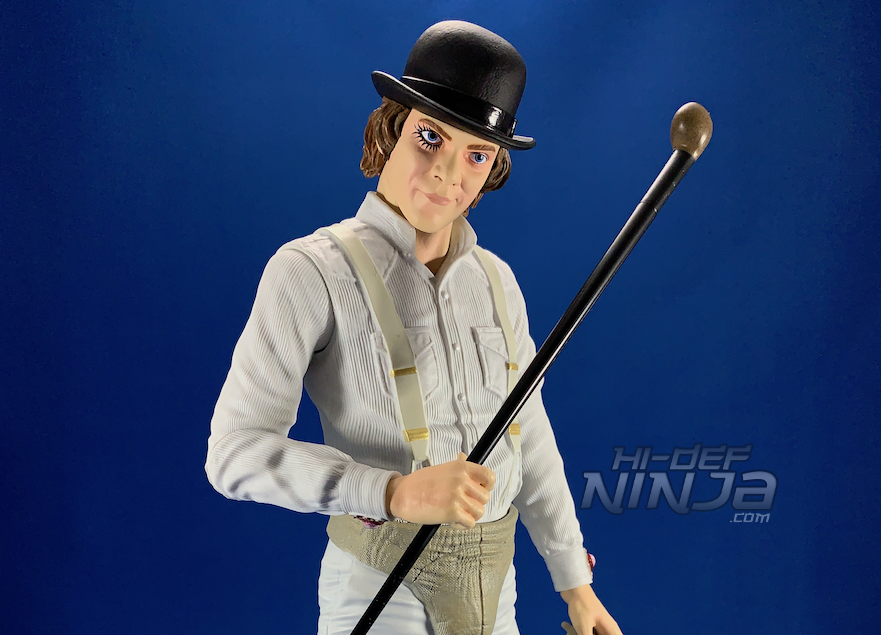 This is a decent figure to show off your fandom for the movie as well as for the character. This obviously doesn’t have the likeness that you would see in extremely high-end collectibles but I don’t think that that’s the point. I think the figure is made to go against some of the other figures in this price range and Mezco is trying to keep these lines going that they have previously worked on. That being said, the articulation isn’t exactly what I was expecting and I thought it would have just a little more. If you’re looking for something in the higher end interns of likeness and articulation, the One:12 Collective version is very, very nice. Keep an eye out for the review for that one soon. This is still a very nice collectible and it might be right up your alley.