ESCAPE ROOM is a psychological thriller directed by Adam Robitel, which puts six strangers into a maze of deadly rooms and the only way to escape is by using their wits and skills. 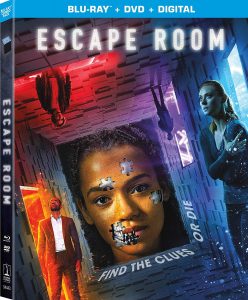 ESCAPE ROOM is a psychological thriller which finds six strangers who are each given a mysterious black box with tickets to a special, one of a kind ESCAPE ROOM. This special ESCAPE ROOM, the participants have the chance to win $10,000. The path to the prize is not the easiest, with each room becoming more difficult and the extreme conditions along the way. Another mysterious aspect of the film is what each participant is hiding from the other.

This film started off super strong and face paced. One of those where the ending is the beginning. Then, all the characters are introduced and it is a good mix of people and characteristics. Some are super cocky, some are shy and timid, then you have the alcoholic with the troubled past, and the brainy experienced one. So your standard mix of cast members in most thrillers such as this.

There were a few twists and turns that I wasn’t really expecting. So that made for some nice surprises. Obviously, you know in a film such as this some deaths are going to take place. But, I feel like they were all done at the right moments.The vibe of the film had a SAW mixed with BELKO EXPERIMENT throughout.

Overall, I really enjoyed this film. I feel like it was made at the perfect time considering how popular escape rooms have been as of late. Having been to a couple escape rooms they are defiantly fun so watching a movie like this made me want to find a new one to partake in. Sure, there were a few cheesy moments and the last act wasn’t the strongest but I told a few folks to go check it out in theaters. 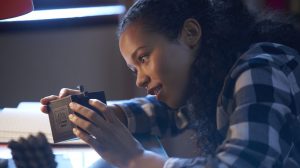 The video is a 1080p quality on the blu-ray for ESCAPE ROOM was pretty great. In scenes like when they are in the winter it was great. SO they did have to use quite a bit of CGI in this film but I think it was used very well. Having them actually acknowledge the CGI format created for the rooms was also a good touch. Very impressed with the visuals.

The audio is DTS-HD 5.1 Master Audio was a good quality for this film. Not many tones were really needed for films like this. It didn’t have a constant theme throughout like some films do such as SAW or Final Destination. The sounds for the suspenseful moments were there when they needed them to be. 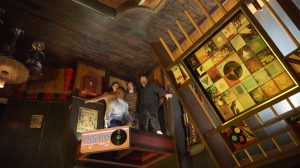