PET SEMATARY is a 2019 American supernatural horror film directed by Kevin Kölsch and Dennis Widmyer and written by Jeff Buhler, from a screen story by Matt Greenberg. It is the second adaptation of the 1983 novel of the same name by Stephen King, after the 1989 film. The film stars Jason Clarke, Amy Seimetz, and John Lithgow, and follows a family that discovers a mysterious graveyard in the woods behind their new home. 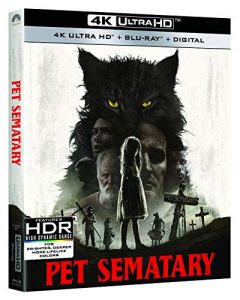 PET SEMATARY is a classic film that was due for its updated and modern spin on the Stephen King written novel. I watched the original for the first time the night before watching the new one in theaters and it was good for the time period but watching the 1989 version was comical at times due to how film making was back then. The 2019 version was a breathe of fresh air. It showed the original some love and stuck true to the concept and the original screenplay. There are a few twists throughout that are slightly different but they didn’t take away from the story. They wanted to make sure to trick the audience a little.

Overall, I really enjoyed this remake. Films will be remade when there is no point to remake these days. When nobody has even asked or wanted it to be remade. This one had really great promotion and assembled a great cast. The trailer was super creepy and the choice of John Lithgow as Jud Crandall was perfect. Solid performances by the cast and the film makers all around. 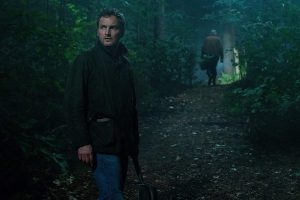 The video is a 2160p/Dolby Vision UHD presentation on the 4K disc for PET SEMATARY. Overall, this is a pretty dark film. Most of the scenes are shot while the sun is down or within the houses. Of course most of the super creepy stuff always takes place once the sun goes down. The location of the houses and sematary are in the middle of nowhere away from town so technology isn’t very prevalent. The 4K is very useful for all of these reasons. When the story is outside the nature of the woodlands is very sharp and the scenes inside the homes is clear as day. The woodgrains and furniture. The UHD improved this film dramatically. 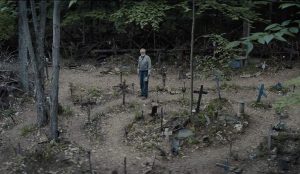 The audio is nice for this film. There are obviously a good bit of ambient sounds taking place throughout like most horror movies have. The sounds of the nature are also very clear. The sound of a huge 18 wheeler storming by out of nowhere is very loud. Such as it was in the original. The sound of the truck is made to scare the audience out of their seats, which it defiantly got the job done in that department. The dialogue is very detailed and front and center. Great job to the sound department.