HIGH LIFE is a 2018 science-fiction horror film written and directed by Claire Denis and starring Robert Pattinson and Juliette Binoche. The film focuses on a group of criminals who are sent on a mission to travel on a spaceship toward a black hole while taking part in scientific experiments. It is Denis’s first English-language film, and was co-written with her long-time collaborator Jean-Pol Fargeau. 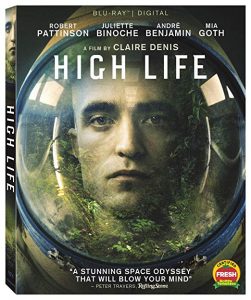 HIGH LIFE is defiantly a movie that will mess with your mind. It follows Monte (Robert Pattinson) and his toddler daughter named Willow that are all alone on this space vessel. Everyone else that was part of the mission has died and are eventually thrown off the ship. The movie goes back and fourth on past events and the current present day with Monte and Willow. The movie in certain moments has some really creepy and uncomfortable scenes at times. Scenes that involve rape and abuse so it can be hard to watch. But, this is a film where these two people are just trying to survive in space together not sure if they will ever return to Earth. 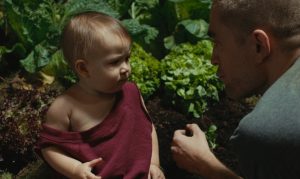 The video is a 1080p quality on the blu-ray for HIGH LIFE. Visually the film looked very great. Space movies can either look really good or completely terrible and luckily this film was on the better end of the spectrum. The space effects hit the mark and the creepy vibe with certain lighting was on point as well. Overall, it felt like a very well put together space movie as far as visuals go. 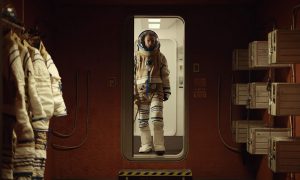 The audio is DTS-HD 5.1 Master Audio is good  for this film. the overall theme for this film is pretty quiet. There are the ambient space sounds at times as well as the sound of absolutely nothing in some scenes. Since space is obviously very quiet if nothing is happening the silence made sense. Most films forget facts like that. 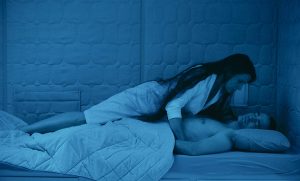