Own NIGHT HUNTER on Blu-ray and DVD on October 15th. 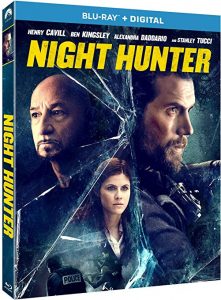 NIGHT HUNTER is a psychological/thriller film that features Marshall (Henry Cavill), a police Lieutenant that is investigating the kidnapping of a young teenage girl named Lara (Eliana Jones). The guardian and associate of this missing girl is Cooper (Ben Kingsley), a local vigilante that takes the punishment of child sex predators into his own hands.

After finding the person that kidnapped Lara and plenty other girls who turns out to be named Simon (Brendan Fletcher). Simon is eventually linked too many other kidnappings and murders due to various amounts of DNA on his property. While Rachel (Alexandra Daddario) begins to interrogate Simon a few more secrets begin to unravel. But that is the just the beginning of Simon’s story.

Overall, the movie is a nice psychological/thriller watch that reminds me of movies such as “Seven”. With stars such as Cavill, Kingsley, and Daddario at the helm of this film I’m shocked it didn’t get a stronger studio release. The acting from Brendan Fletcher and Henry Cavill were by far the show stealers. 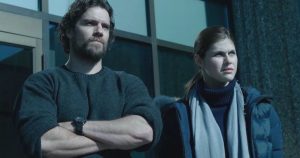 The sound was and tones of the film were also up to par. The dialogue was very clear and the themes used during suspenseful moments were heard very well. No complaints in the sound department. 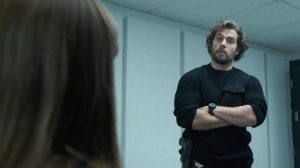